Caesarstone presents book „A Material Menu: Designs for the Culinary Aesthetic“ inspired by its Engineered Stones 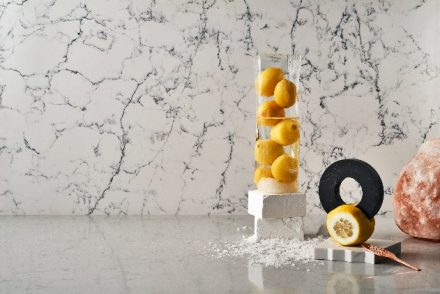 Engineered Stone manufacturer Caesarstone has released its book „A Material Menu: Designs for the Culinary Aesthetic“, created in collaboration with food design studio Arabeschi di Latte. It refers to the company’s installation with four kitchens inspired by the four elements – Earth, Fire, Air and Ice – which was designed by British designer Tom Dixon and shown in the Rotonda di Via Besana during Milan Design Week 2016.

Each of the book’s eight new food creations provides a modern interpretation of traditional dishes and reflects its corresponding element utilizing purposefully selected ingredients and cooking techniques. Different types of Caesarstone give, so to say, the backsplash for the development of culinary conceptions like black chanterelle mushroom, icefish, purple cauliflower and burned sage. 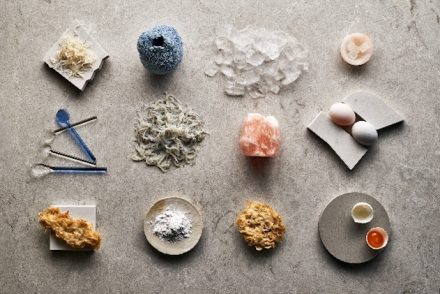 „We saw great interest in the elemental food concept that Francesca devised in Milan and in the way Caesarstone was able to inspire a conceptual menu and overall design concept. Drawing on Milan’s creative exercise, this new book will reinforce Caesarstone’s ability to anticipate trends, not only in interiors, but also in lifestyle and food and its unique capacity to inspire creativity in both kitchen design, as well as culinary aesthetics,” says Eli Feiglin, VP of Marketing at Caesarstone. 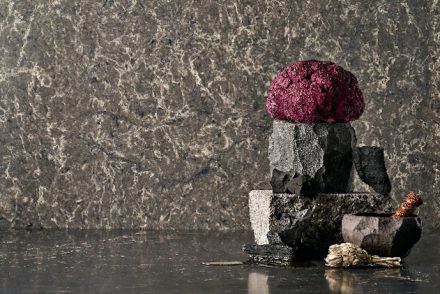 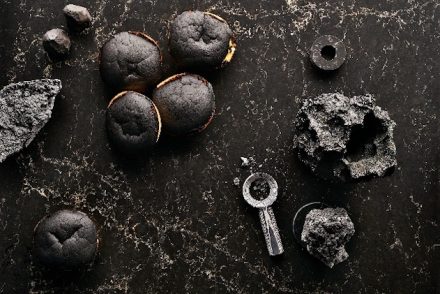