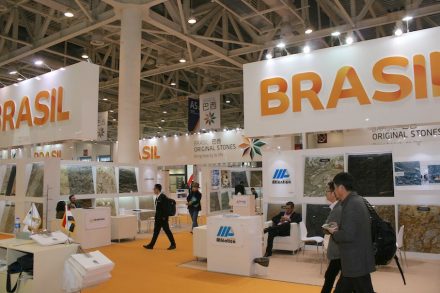 Natural stone currently seems to flood the world markets. At least that is what statistics of Brazil’s stone branch are indicating: 2016 saw an increase in exports (mainly granite) by tonnage compared to 2015 amounting to (+)5.82%. But profits were down (-)5.85%.

In other words: Brazil sold 6% more but made equally less profit.

In the case of Brazil this has been a sustained development for some years. Similar figures apply to Turkey where marble and travertine are at stake (see link below).
China has closed a number of granite quarries in Fujian Province recently, officially because they were clandestine sites (see link below).

We have no figures on India.

Brazil’s situation was analyzed in detail in the trade magazine „Informe“ (1/2017), published by the national Abirochas Trade Organization. The facts and figures are the fruit of research by Kistemann & Chiodi Assessoria e Projetos.

But even if the over-all results were poor, it was, never the less, exports which kept Brazil’s stone branch alive according to these experts. The local economic situation is currently in a shamble.

Production and supply by mass were almost unchanged compared to the year prior. But here, too, profits were down (-)9.7% to 751 million $.

And that’s not the end of it: Brazil’s stone branch is facing yet another challenge: the country lost its duty-free status for imports of certain types of stone to the USA some years ago.

Up until recently the parties had to make do with the increased costs for consumers.
But this could change soon: of all the markets, big building projects like hotels and dwelling complexes were an important target. For these, import duties will play a negative role.

Kistemann & Chiodi see a bright future for some Matacão Slate and certain types of quartzite, both of which sold well in certain countries.

We show certain types of Matacão Slate (Ardósia Matacão). Their distinguishing factor lies in the fact that they are not suitable for thin cut slabs, only for thick slabs. This, in turn, provides for special thermal properties. They have been used as standard material for billiard tables. (pebe) 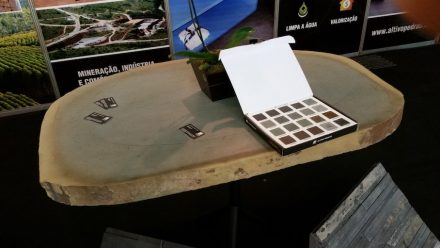 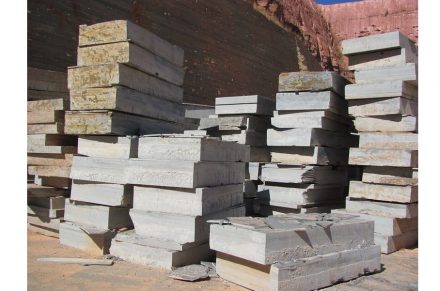