At this year’s Design Week in Milan, IMM Carrara presented a show called „La Luce del Marmo“ in which the Marble Region was presented 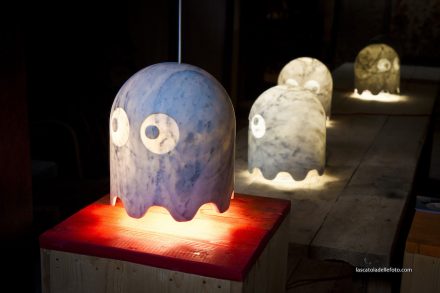 It was the second time that there was the „Spaces&Interiors“ show presented in Milan’s city center during the Salone del Mobile. IMM Carrara showed local marble with the title „La Luce del Marmo“ as prmomotion of the Carrara Marmotec to take place in 2018.

The aim was also to bring forth marble as a modern and exclusive material for the creative. Light and lightness was the common theme. 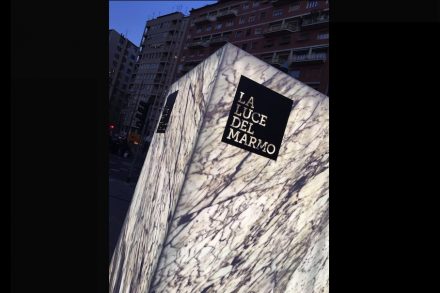 In front of the Shopping Center a mammoth marble block dubbed „Block The Rock“ greeted visitors. Imposing by its sheer mass during the day, the block was brightly lit on the interior and almost daylight-bright.

We show photos provided by IMM Carrara with short captions describing the pictures. 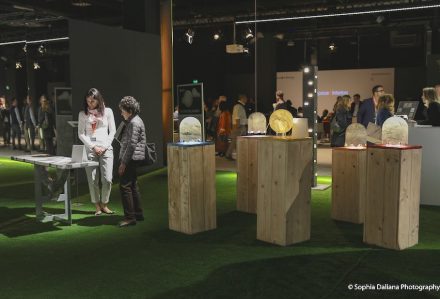 The show „Spaces&Interiors“ took place in the Porto Nuova Shopping Center Mall. Its focus was on material surfaces and target groups were architects. 43 companies exhibited their products. There were no divided sales booths but rather a wide-open presentation area. „Lightness“ was the theme guiding viewers through the presentations in all its facets. Trade Fair Organizers were the same as those at the Made Expo Architectural Trade Fair which takes place bi-annually in Milan.

„La Luce del Marmo“ is part of the „Quattro volte Marmo“ campaign. Next to Milan there are other activities throughout the summer months such as B2B-Workshops and cultural events „White Pietrasanta Downtown“ and „White Carrara Downtown“. 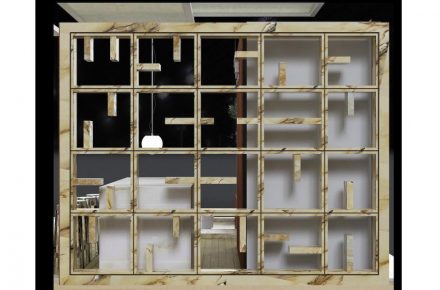 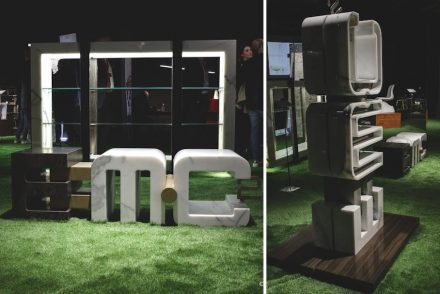 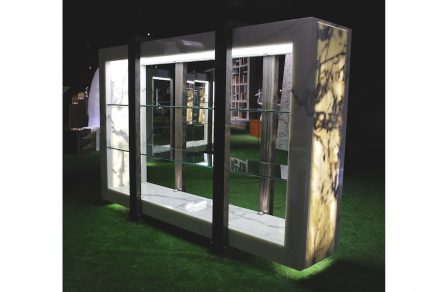 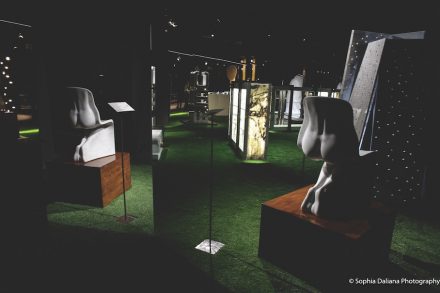 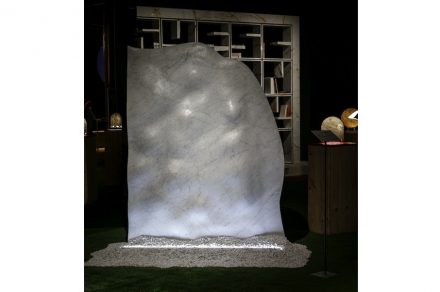 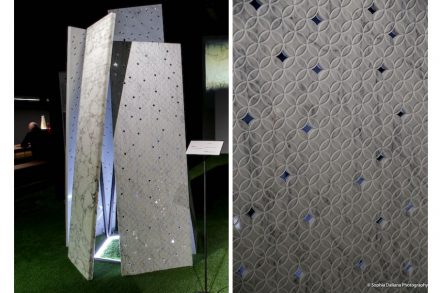 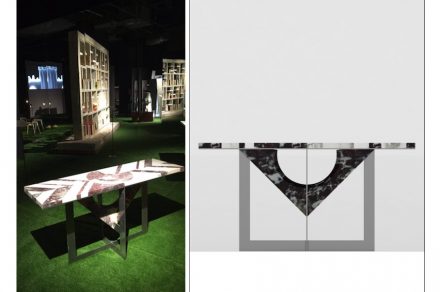 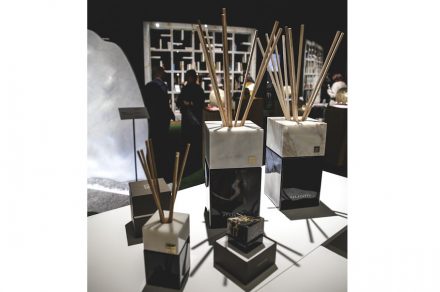 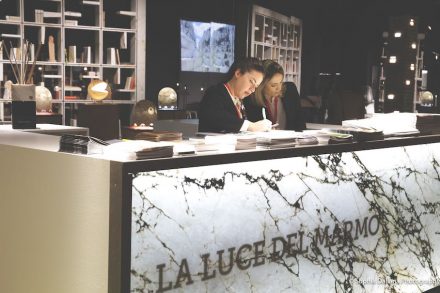