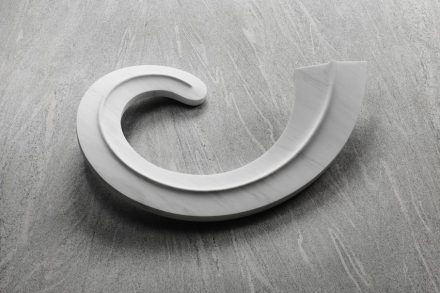 The artist, who also entertains a studio in Serevezza in close proximity to the marble capital Carrara, showed 32 sculptures in white marble spellbinding beholders

Watching Cynthia Sah at work, one can hardly imagine that she (together with French sculptor Nicoals Bertoux) has already completed monumental marble sculptures. We visited the two in their Seravezza atelier in the vicinity of Carrara on occasion of the Marmotec 2016 Trade Fair as she was working on sculptures for „The Inner Garden“ on exhibit in the Double Square Gallery in Taiwan in February 2017. Most are small sculptures. But Cynthia Sah pays such attention to detail of form and works the surfaces with such a passion and precision, that one can hardly imagine her coping with a large sculpture.

She practically radiates tranquility. Even the reporter, who has a habit of nervously running about, pulled up a stool and took time to contemplate the emerging sculptures. 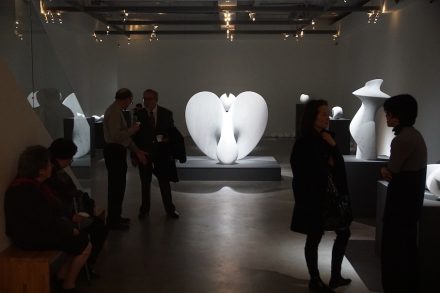 Perhaps Cynthia’s style is the secret behind what gives marble its magic on its path from the raw block to a finished sculpture. A journalist from World Sculpture News (Winter 2017) reporting on the 32 works on exhibit in Taiwan wrote: „Marble sculpture demands attention, and elegant figure or an imposing abstraction, it cannot be ignored“.

Fascinating how such a cool material can excite the imagination – Michelangelo once said that he merely envisioned the image within the stone and then coaxed the shape out of it in form of a sculpture. 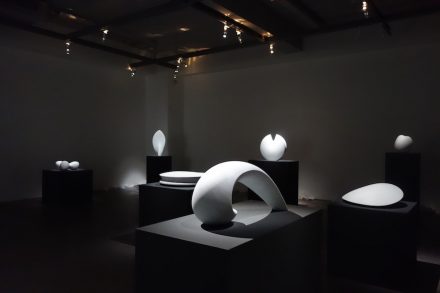 Cynthia Sah was born in Hong Kong. She studied art in Taiwan, Japan and the USA and, according to World Sculpture News, was influenced by the likes of Constantin Bancusi, Jean Arp, Barbara Hepworth, Henry Moore und Isamu Noguchi. 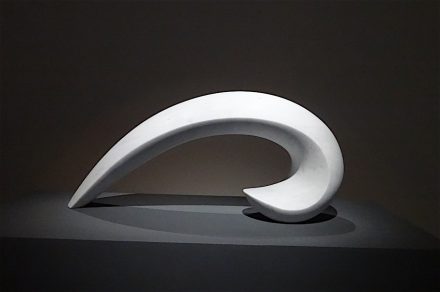 Together with her partner Nicolas Bertoux, Cynthia entertains the studio in a former marble production factory in Seravezza. The property formerly belonged to the Medicis some centuries ago. The very wealthy and influential upper crust of the Renaissance and Early Modern Period had supplied the construction of the Saint Peter’s Cathedral with marble from local quarries. In the summer months, they regularly paid visits to get away from the sweltering heat in Florence and at the same time to gain a first-hand appraisal of the goings on the outer rim of their estates, residing in their summer palace, which is now an exhibition building next to the factory.

The historic production site, dating back to the 19th century, now accommodate sculpting workshops and exhibits. Cynthia Sah and Nicolas Bertoux have established the Fondazione Arkad for this purpose. 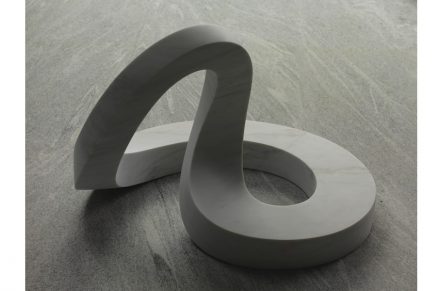 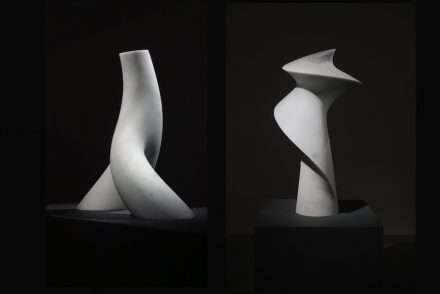 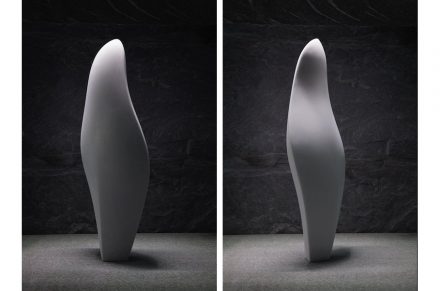 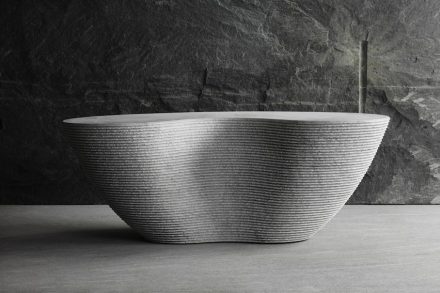 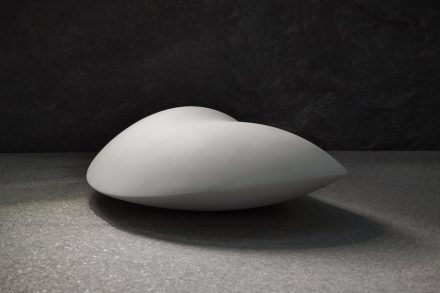 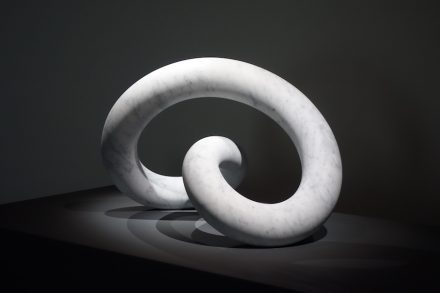 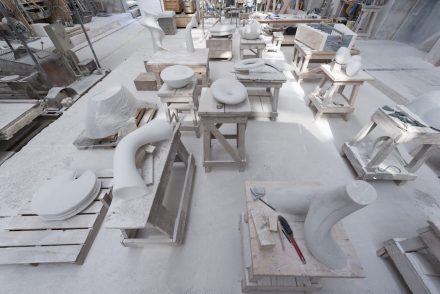 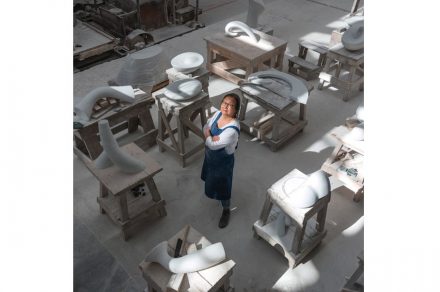 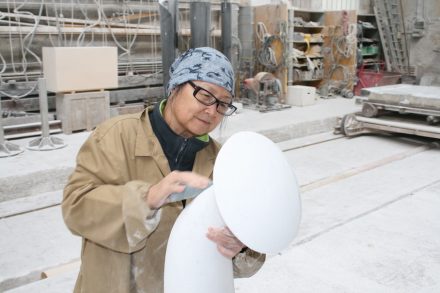