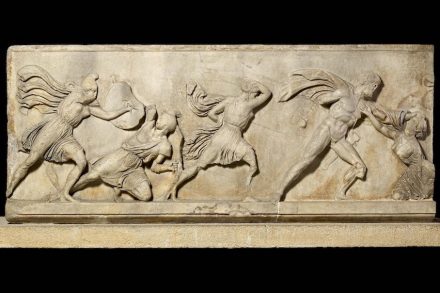 „Agon! Competition in Ancient Greece“ is the title of an exhibition in Madrid organized in cooperation of La Caixa Foundation and the British Museum. Its aim is to explain by materpieces of art the competitive spirit that was a powerful element in antique Greek society. The show is open until October 15, 2017 in the CaixaForum Madrid.

„Agon“ in ancient Greek was the word for struggle or contest.

Many of the works on show were restored especially for the occasion and are displayed outside London for the first time. These include, particularly, the sculptures and the fragment of the frieze from the Mausoleum at Halicarnassus, one of the Seven Wonders of the Ancient World. 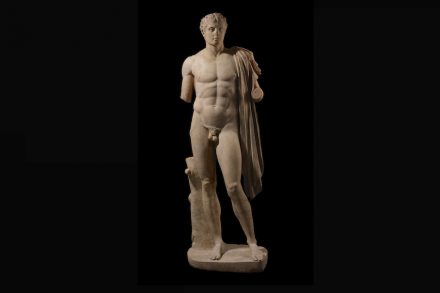 The Ancient Greeks believed that the competitive spirit was inherent to human nature and could transmit positive, innovative and dynamic power. In contrast to the individualism that dominates many aspects of life today, in Ancient Greece competition represented the collective personality and was a factor in social cohesion.

Plato had asserted: „The first and greatest victory is to conquer yourself”. 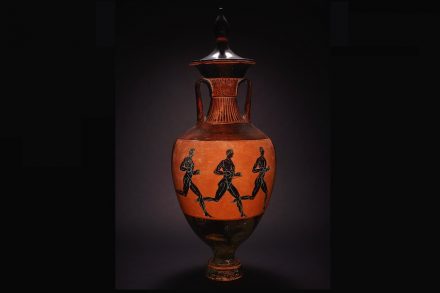 The Greeks were sports enthusiasts, and the Panhellenic Games, which took place at Olympia, Delphi, Nemea and Isthmia, attracted the finest athletes. The winners were considered heroes and could be awarded great prizes, both material and fame or prestige. Sporting events attracted huge crowds and provided the community with popular entertainment. 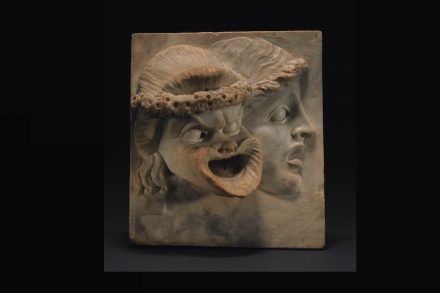 Theatrical and musical contests also attracted thousands of spectators. Writers such as Aeschylus, Euripides, Sophocles and Aristophanes took part in these contests. 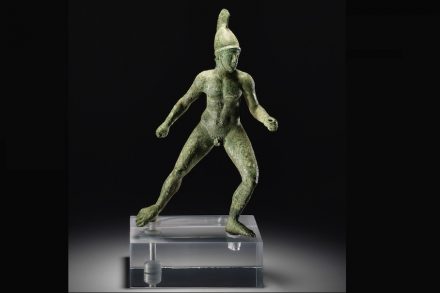 Another field in which the competitive spirit thrived was war. The Greek city states and kingdoms were in almost constant conflict with each other or with their neighbors. Battle scenes, both real and imaginary, were popular subjects in Greek art, from small gemstones to large architectural sculptures and memorials set up in honor of dead soldiers.

E.g. children’s games: According to Plato, while it is necessary to encourage children to play, they must also learn to respect society’s strict structures. From an early age, therefore, citizens learned to follow the rules and criteria set out by the authorities.

Children had different types of toys and played a wide range of games, many of them similar to those we know today. The games were based on the principle of winning and losing, and encouraged competition. Boys began to train as athletes as soon as they entered school. Becoming a fully-fledged athlete formed part of the male rite of passing from child to man.

In some city states, such as Athens, boys were encouraged to follow a strict regime of physical exercise in order to become good soldiers, while emphasis was also placed on their intellectual development. Yet in Sparta much less importance was given to reading and writing, and the focus was much more on learning to fight.

In most Greek city states, girls and women were educated at homes, generally by husbands, brothers or parents. Outside home they only received music and dance classes. In Sparta, though, women had access to public education.