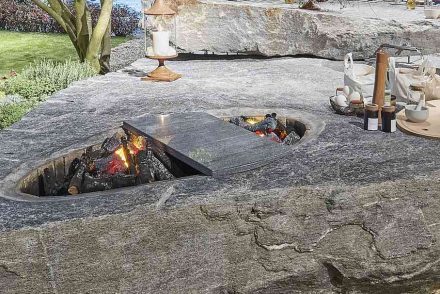 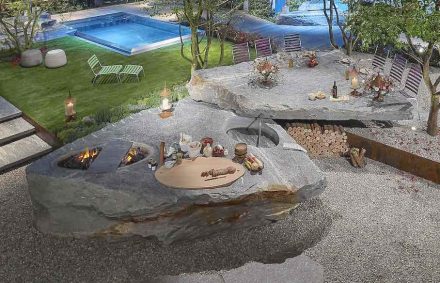 Garden design seems to be revolving around the nature experience with the emphasis on „experience“. Figuratively speaking: a newt floating in his pond is no reason to jump for joy – a wolf, e.g.: would make a better impression although also hardly ever seen yet sometimes heard.

Making a virtue of this knowledge was realized by Alfredo Polti Company and shown at the Giardina Trade Fair in Zurich: a 23 t behemoth block of Calanca Gneiss from the Swiss Alps. The colossal center-piece was the center of attraction and was promptly awarded the Trade Fair’s Silver Medal. 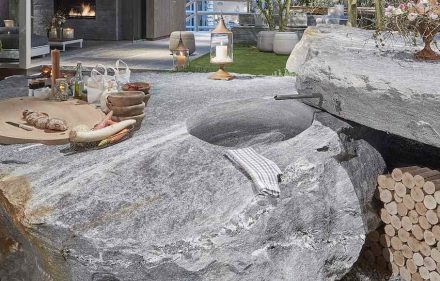 But the stonemasons of this family-run commercial enterprise didn’t want to leave it at that: so, they set up an „epicurean block“, simultaneously serving as a pit for the BBQ and a table with wash basin and running water.

But what is the point of using such a massive block to demonstrate nature? „Hardly any other combination is as forceful as nature and the world of horticulture“, according to the fairs official press material as compiled by Egli Grün. The company is a self-designated „specialist for demanding garden projects“.

In the 360 m² show garden, the „epicurean block“ played but a minor role as the „adventure“ element. All around the center block possibilities for the implementation of Calanca Gneiss in nature’s kitchen were on show.

Wide slabs, e.g.: were set upright to lean on or to screen from open view for extra privacy. 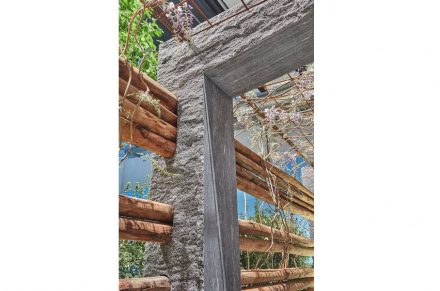 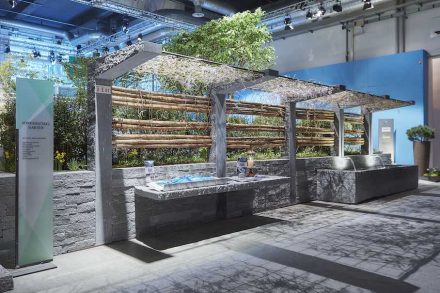 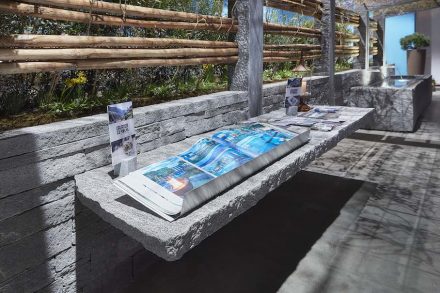 Dainty posts supported a pergola with an attached outside shower. 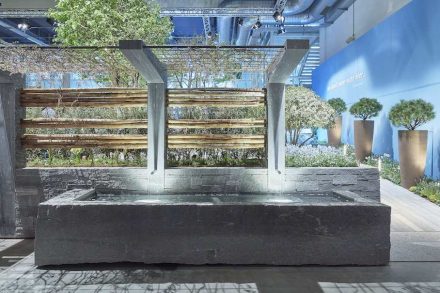 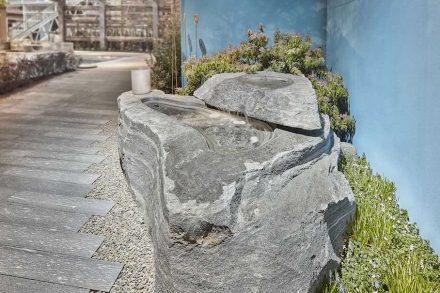 Two fountains played with water – figuratively and literally- which were hollowed out of a stone block. 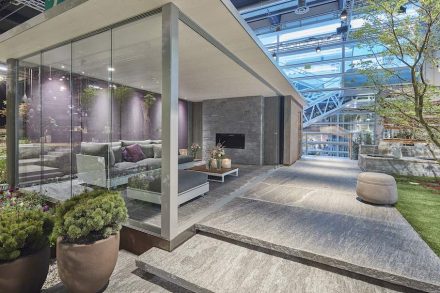 Calanca Gneiss presented a common theme, as steps, a brook, or as flooring for a terrace.

The integrated plants were handpicked and arranged by specialist Egli Grün. „Decorative shrubs with a characteristic growth gain emphasis through special cuts. Ground-covering plants in a wide variety of colors and leaf patterns create interesting herbaceous borders to be seen as a big picture in their entirety“, according to a press report.

Note: for those who aspire to own a piece of the rock, Alfredo Polti has created stone cubes as an alternative to the behemoth block. They can serve, e.g.: as a cooling element to replace ice in a drink without watering it down. 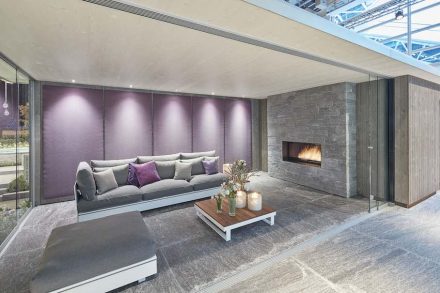 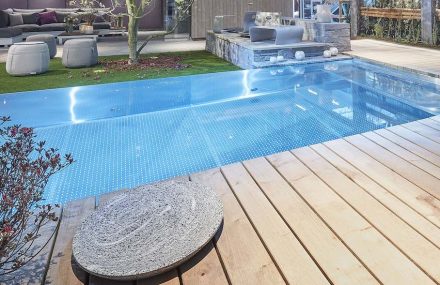 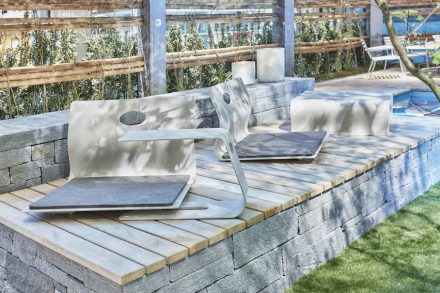 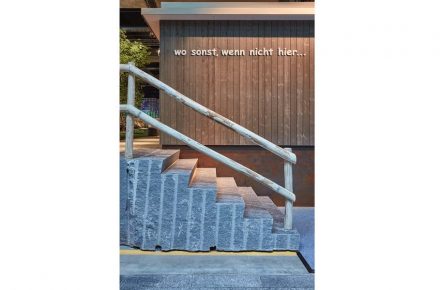 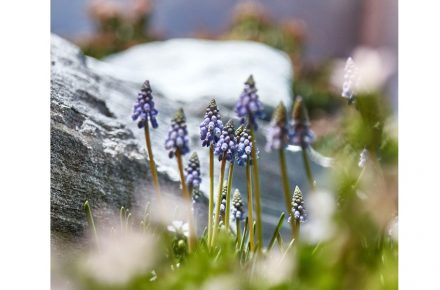 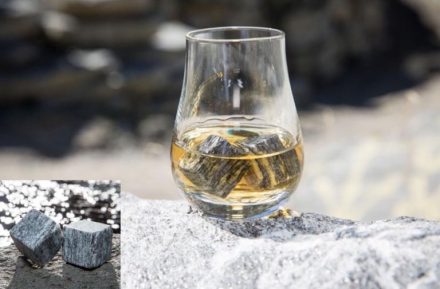