Ruling by the ECJ could be relevant for the stone branch: product names such as „Vegetable-Butter“ or „Veggie-Cheese“ are not permitted 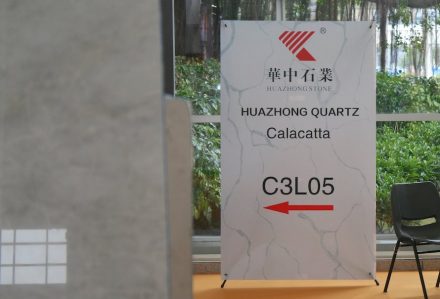 The European Court of Justice prohibits plagiarism or inflationary use of food labels, as known in the ceramic and engineered stone branch

The ruling of the European Court of Justice (ECJ) is unequivocal: products with names like „cheese“ or „butter“ must be of animal origin. Ergo terms such as „Tofu-Butter“ or „Veggie-Cheese“ are ambiguous and not allowed.

The ruling of the European High Court dated June 14th 2017 might have repercussions for the stone branch which has been involved in a seemingly never-ending battle over plagiarism by competitors.

The plaintiff was a German Consumer Organization; the defendant a producer of vegetarian and vegan food which had been using such terms as „Vegetable-Butter“.

The German Court, before which the case had originally been argued, requested clarification by the Luxemburg Court Judges.

The Ruling Body declared the use of such terms as ambiguous and thus prohibited. The Judges declared that milk must per se be of animal origin and that food derived from milk, e.g. cheese, butter, cream, or yoghurt therefore must also be animal in origin.

Consumers have a right to expect value-added products to be animal in origin as well.
That was not the case for the products in question.

The fact that the label indicated not only „Vegetable-Cheese“ but also rendered the list of vegetable products from which it originated, did not assuage the Judges. They ruled that despite the listing, consumers could be misled.

Plagiarism through the ceramic and engineered stone branch

The natural stone branch, too, has been fighting plagiarism for years. Ceramic products or products made of engineered stone – all of which are not natural in origin – are often accompanied by names containing terms like Marble or Granite.

Often they are even accompanied by trade names of well-known types of stone.

The Luxemburg Ruling has clarified the use of terms used in the food branch. Member States in the European Union can draft legislation based on the ruling and parties can used the ruling as a precedence.

Of course there would be no rule without exceptions because life is complicated. One such exception is the French „Crème de riz“, a soymilk and olive oil cooked rice flour product. The English term „Cream“ may still be used for soups and alcoholic beverages.