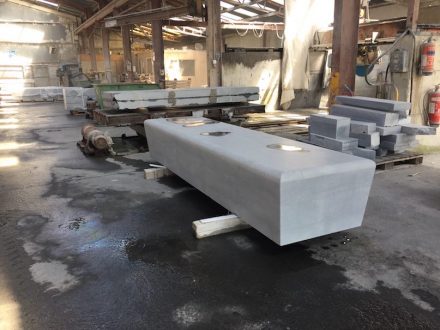 The 24 natural stone benches crafted for Facebook’s Irish Data Center weigh 72 t in total. The benches are part of a 50,800 m² recreational park provided for the 100 or so employees. The Data Center is situated near the town of Clonee in Meath County, some 30 minutes from Dublin by car.

The stone benches are made of Kilkenny Blue Limestone originating from its Threecastles Quarry. The blocks were cut at McKeon’s production site and resulted in the largest bench measuring 3.7 m and the smallest 1.8 m in length, whereby the smallest still weighed in at about 2 t. 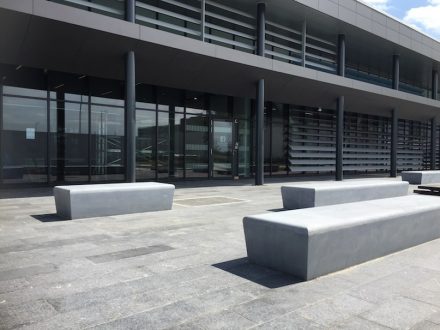 McKeon Stone commenting the contract in the webpage: „The use of our natural stone at the Clonee campus is very much in line with Facebook’s stated vision for the project, which stresses high-quality products, natural materials, and a sustainable approach.“

Facebook announced that it will be use renewable energy sources to power its Data Center. The 72 MW-electrical energy will be generated by wind-craft. The aggregate is cooled by air circulation whereby filtering salt out of the Atlantic air is a particular challenge.

McKeon Stone has been quarrying Kilkenny Blue Limestone in Threecastles since 1950, continuing a 3000-year building tradition on the Island. The stone can be quarried in large blocks.

Recently, large quantities were implemented in the Dutch City of Oostende to increase the height of the dam. 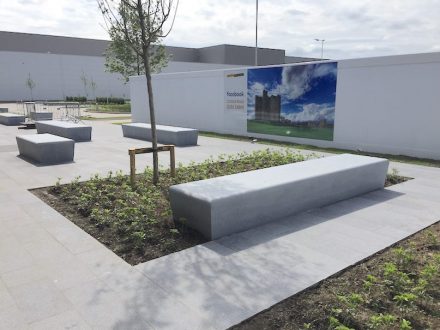 The stone derives its unusual blue hue from its geological background: 370 million years ago, the Island was part of a great marine depression filled with silt.
Facebook’s Clonee Data Center is the ninth of its kind (as of April 2017). Six such centers are under construction in the USA, and more are being built in Europe according to Facebook’s Zuckerberg, adding that the company will „keep investing aggressively” in the company’s infrastructure. 320 million US-$ are earmarked for the project in Ireland.

Niall Kavanagh, head of McKeon Stone, will attend the Marmomac Trade Fair. Appointments can be made by mail. 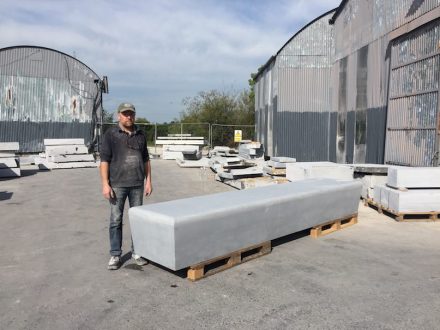 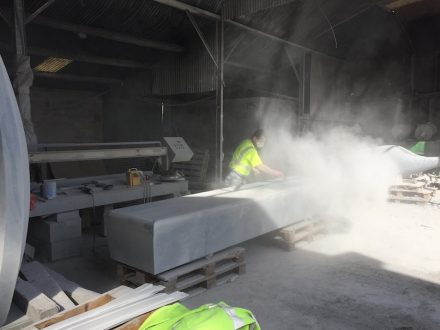 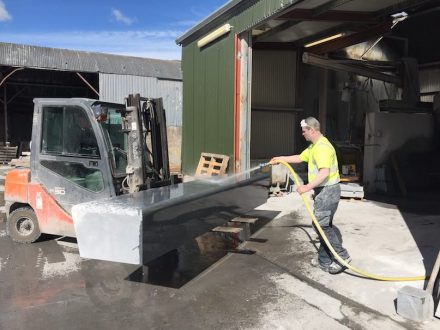