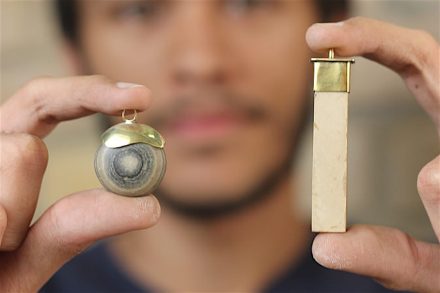 A few Pedra Cariri-particularities are the obvious layering, a result of 120 million years of seasonal silt deposits. Students used the lines to enhance the aesthetics: depending on whether the stone is cross-cut or vein-cut the surface shows unique surface stripes. 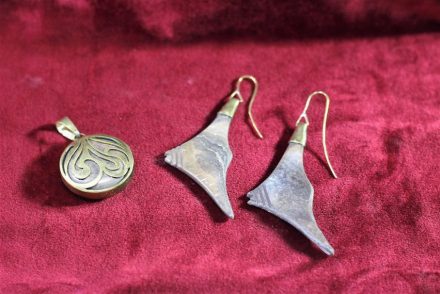 The colors of the stone range from ochre to gray. At 4-5 on the Mohs scale, the stone is not hard making it light weight but also fragile.
Some students played with the layering in creating their rings, pendants, and earrings. Others complemented the natural stripes with brass fossil shapes building a bridge to the Geopark Araripe in Ceará’s South, near the University’s campus. 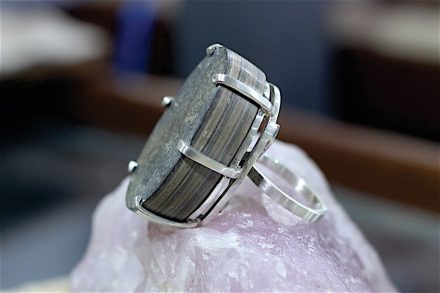 The objects were hand crafted by students, with the aid of the University Laboratory, Cicero Mendonça’s able hands. Some of the jewelry was complemented with precious metals like silver. 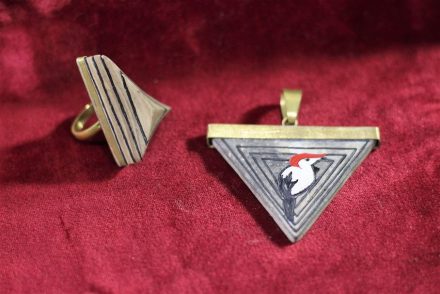 The aim is not mass-production, as instructor Professor Ana Videla, is quoted on Agencia Brazil’s webpage: „We have great interest in commercialization but not in industrial production: we aspire to promote handy-craft. The pieces are all hand-made and each piece is unique.“

Cariri is derived from the name of languages formerly spoken by the Kiriri people of Brazil’s Sertão region between Bahia and Maranhão in the horn of Brazil. The region is known for its arid climate and its epic saga „Os Sertões“ (Rebellion in the Backlands) by Euclides da Cunha (1902) describing the uprising of a poverty-stricken population. 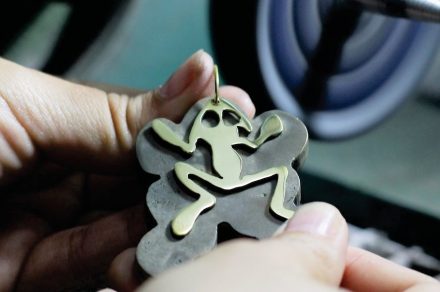 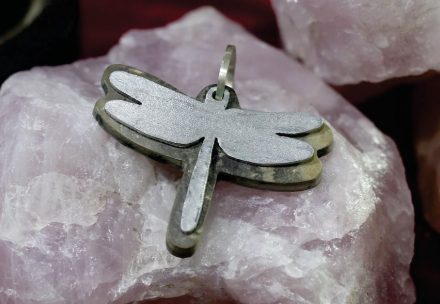 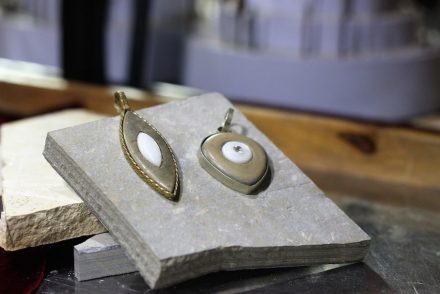 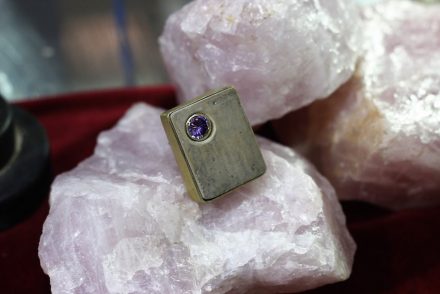 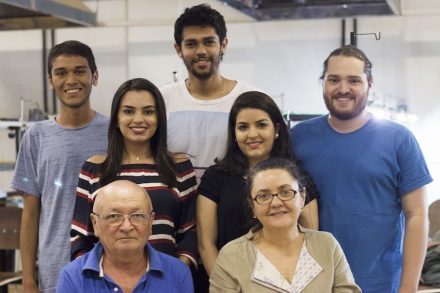