Nature in the quarry: sand martins had made McKeon Stone’s quarry in Ireland their home 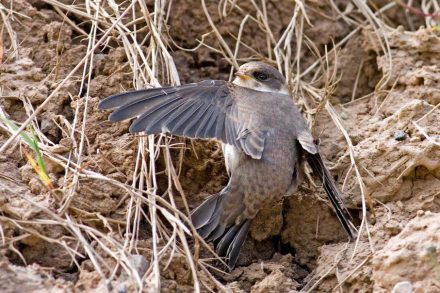 Time and again we read reports of quarries destroying natural habitats and environments of wild animals and rare plants. But on the contrary – we will report informally on several cases, in which endangered flora and fauna had made an ACTIVE quarry their new home.

Niall Kavanagh, Head of McKeon Stone, is elated. With pride and glee, he reported in one of his newsletters that the sand martin (Riparia riparia) had made an appearance at the Threecastle Quarry for Kilkenny Blue Limestone: „We were amazed to see that a flock of them had made their home in a pile of limestone dust at our quarry.“ 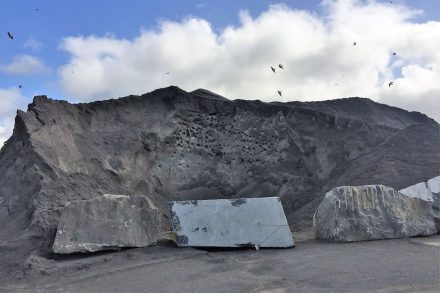 Bank swallows normally dwell in river bank cliffs where they raise their young. Close proximity to water is, apparently, essential, as it provides the birds with sufficient live food in form of insects. But the birds are more flexible regarding the sand, occasionally choosing even gravel pits.

Employees of McKeon Stone went about their usual business while taking the subtenants into consideration. „The nesting area has been ‚quarantined’ to ensure that they can get on with raising their families as peacefully as possible.“

Come July, the birds had disappeared. They had taken to their winter grounds presumably somewhere around the Sahara some 6000 km as the crow flies. „The good news is that sand martins often return to the same place to breed year after year, so perhaps we shall see them again next spring“, according to the newsletter.

The question remains: why did the birds choose the Threecastle Quarry in the center of Laois County and Ireland for that matter? 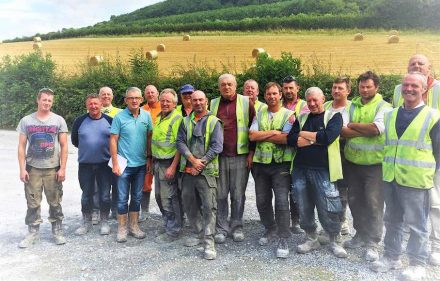 Maybe, so we theorize tongue-in-cheek, they knew that Niall Kavanagh is an Ironman and that his wife Madeleine runs the marathon, which they found endearing. 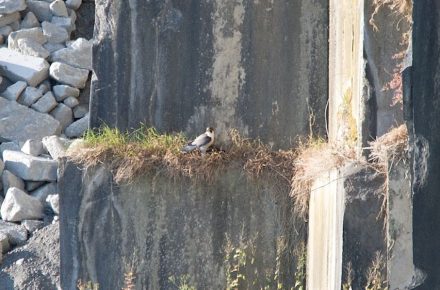 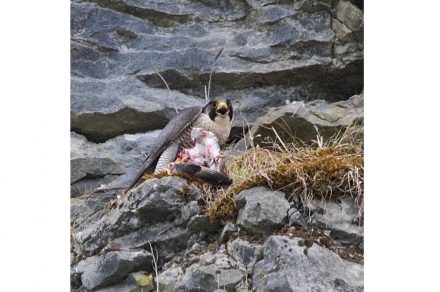 In any event, Niall Kavanagh has yet another story of fauna in his quarry in stock: „We sometimes see birds of prey such as peregrine falcons hunting along the cliff edges.“ They even seem to know the working hours. Whenever trespassers enter the quarry on weekends, the falcons make a fuss and much noise to scare them off the grounds.

„Let’s hope the sand martins can keep out of their way“ says Niall Kavanagh but the swallows are probably the faster, more agile flyers.