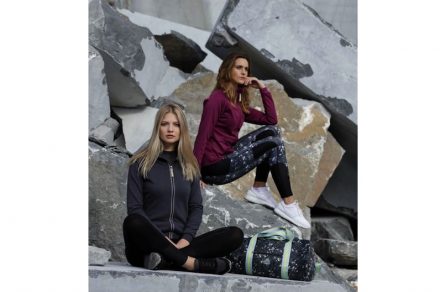 Quarries are places full of magic. Add Rain and storm to conjure pictures of the Dark Rider or the Erl King. Horseback riding, was the common theme at McKeon Stone’s Threecastles Quarry the venue chosen for this year’s equestrian fashion photo shooting. 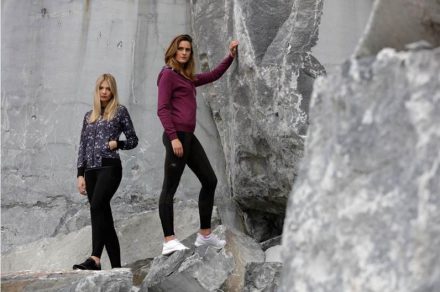 The name of the fashion label is Horseware Ireland, originally a producer of horse blankets but by and by also selling everything from legwarmers for animals („Travel Boots“) to trendy attire for equestrian sports aficionados. 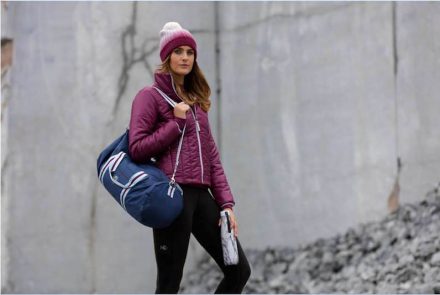 Photo shooting took some four hours and Horseware’s Emma Kearney was enthralled as reported in the trade magazine Stone Specialist: „It was an amazing location and we got some really great shots.“ The rugged, almost harsh environment of the quarry as a backdrop was obviously inspiring and a welcome contrast to the inconspicuous fashion. 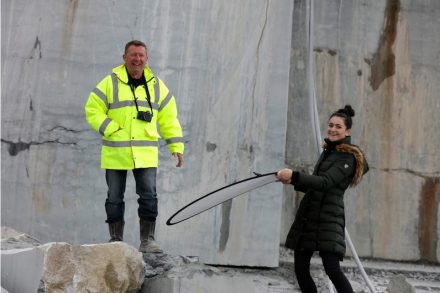 Dan Fitzpatrick, Export Manager also found the Saturday session most entertaining as can be seen on the photo. The venue and stone producer will be mentioned in the Horseware catalogue. 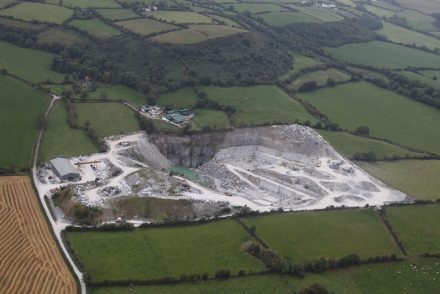 The Threecastles-Quarry is situalted near the city of Kilkenny in County Kilkenny, Ireland in the middle of the Green Island. Farming is the region’s main source of income. McKeon Stone has been mining limestone since 1950 where some 15,000 m³ Kilkenny Blue Limestone are produced yearly.
Excavations have shown that stone was mined in the area as early as 1760. 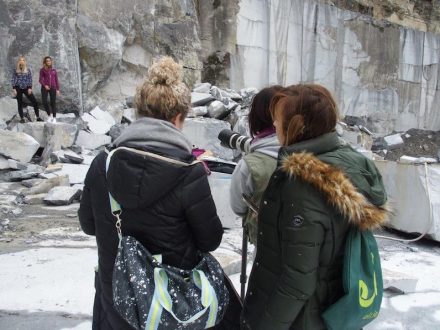 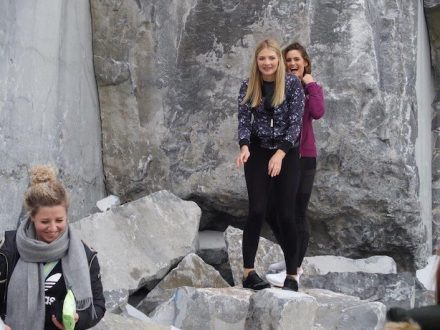 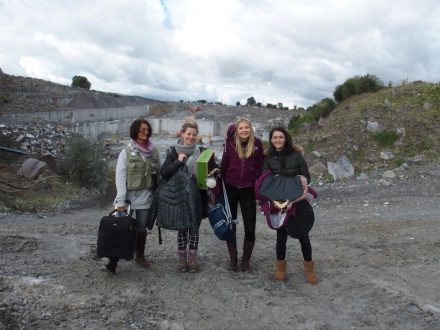