European Capitals of Culture 2018: Malta’s La Valetta and the Dutch city of Leeuwarden 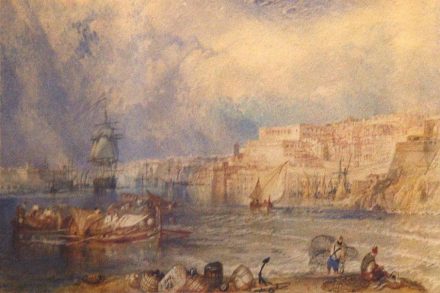 While limestone defines architecture on the Mediterranean Isle, brick is the principal building material of Frisia, Netherlands

Both European Capitals of Culture are built near the coast, but as far as natural stone is concerned: Malta’s City of La Valetta is defined by limestone whereas Leeuwarden near the North Sea Coast of the Netherlands including its historic buildings was built of brick because there are no natural stone formations in the region. Brick was easy to produce using local material such as clay and peat needed for firing the kilns.

The Isle of Malta is the tip of an ancient mountain which towered above a limestone plateau between Europe and the African continent. As a result of the continental shifts, the Strait of Gibraltar slowly filled with water.

In all of Malta, the greyish yellow Globigerina Limestone is the defining building material as is also the case for the mighty fortress enclosing the city.

The fortification was built to protect the city from the onslaught by the Turkish Sultan. The Isle is of paramount strategic importance, a mere 80 km from Italy and only 300 km from Tunisia and Libya respectively.

Parts of the mighty fortress was the City Gate which gives way to the historic center of La Valetta. As a result of reconstruction, the picture has been distorted and lacked its original unified look. So, from 2009 to 2015 numerous projects were brought to life in which the Italian Architect Renzo Piano and his Building Workshop restored the entrance to its original form of 1633.

The moat around the fortress was also restored. And the ruins of the opera house were converted to an open-air theater with adjacent parliament buildings. 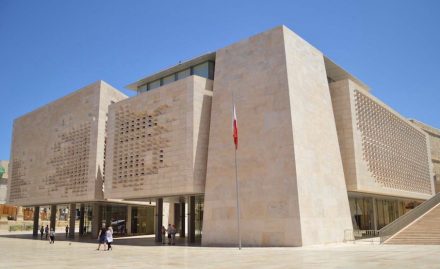 These, in themselves, make a visit to the island worthwhile. Architects gave the block-like buildings a façade, with a trompe l’oeil historic appearance of some of the stone. But the openings have the function of allowing air to circulate in summer while the massive stone cools all the while allowing light to flood the interior.

The massif rock foundation is perforated by boreholes reaching some 100 m beneath sea-level. This supports the air-conditioning. Together with the thermal solar system 80% of the energy needed in winter and 60% of the summer requirements are provided by natural, sustainable sources. 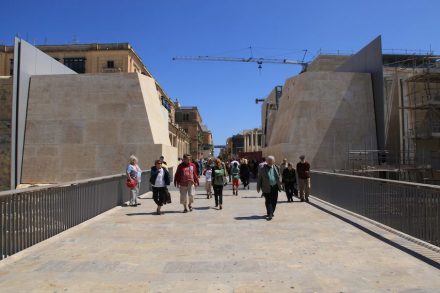 Now that restoration is complete, the city center and particularly the City Gate is once again an eye-catcher for visitors. The architects constructed it as a monumental breach with mighty stone blocks on either side, vertical steel enforcements as a spatial boundary to the historic wall and two 25 m high masts.

Visitors relive the feeling of the erstwhile pharaoh marching into his city for the first time. The Isle also has megaliths originating from the times of the pyramids.

The cliffs surrounding the Isle are also worth seeing.

Leeuwarden in the Netherlands

Speaking of natural stone: Leeuwarden and its proximity must look back to the middle ages when Frisia lacked a central ruler and aristocrats had fortified houses a few stories high or „stinzen“ built for protection. These were square, stout stone towers often surrounded by a sort of moat. The stone required for such constructions and for building churches was usually quarried from the Eifel mountains in today’s Germany and transported by boat along the Ijssel river.

An example of the brick Frisian stintenhûs is Shierstins near Venwouden built in 1439. Its entrance is via the upper floor. Later homes were built alongside.