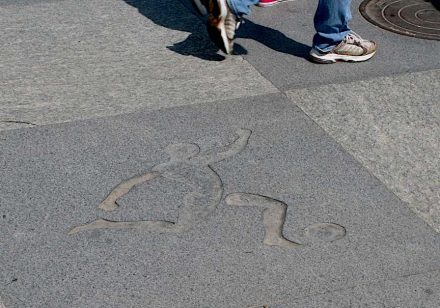 Abirochas, Brazil’s natural stone trade Organization, has published its 2017 edition of „Informe“ / plummeting prices probably due to saturation of the market

Things are not looking rosy for Brazil’s stone branch: apart from the fact that the domestic market for natural stone has caved in during last year’s crisis, figures based on exports are not looking good either: 2017 was a downward swing in value by (-)2.74% and (-)4.10% by tonnage compared to last year, i.e. 1.1071 billion US-$ or 2.36 million tons. These are the figures derived from the regular report published by the Abirochas Organization for 2017 („Informe 1/2018“).

The figures imply an oversaturation of the Brazilian natural stone sector in which suppliers are undercutting prices to use machinery to full capacity.

New figures not yet published show negative growth of up to (-)30% per month in the first quarter of 2018.
Cid Chiodi of Kistemann & Chiodi Assessoria e Projetos, who compiled the study at the behest of the country’s Trade Organization and repeatedly pointed out structural problems in Brazil’s stone branch, seems to have become tired of the moaning.

In „Informe 1/2018“ he chooses to concentrate on quartzites of which Brazil has plenty and in high demand particularly the translucent variety. Depots are located in the provinces of Ceará and Minas Gerais.
Chiodi also gives an overview on production by type of stone in the various provinces:

∗ Espírito Santo delivers the standards, i.e. homogenous granite in yellow and black hues;
∗ Chiodi sees great opportunities for the wild colors and structures of exóticos from the Nordeste, provinces Ceará and Rio Grande do Norte as well as further south Bahaia;
∗ Marble types originate from Bahia, Paraná e Santa Catarina, in Mato Grosso and Mato Grosso do Sul stockpiles for promising types can be found;
∗ Minas Gerais also produces slate, split quartz (quartzitos Foliados) and soapstone.
After all: „as is the case in other countries, the sales of engineered stone are aggressive,” Chiodi adds.
A few other aspects of the study in digest form:
∗ Imports of natural stone are up compared to last year by +12.6% by price and +7.26% by tonnage. 2017 was turnovers in amount of 35.9 million US-$ (63,100 t).
∗ The increase in imports are indicative of a recovery in the building branch according to Chiodi. Interviews with members of the building branch have corroborated these findings.
∗ Exports were made to a total of 177 foreign countries but only 8 of these surpassed the 10 million US-$ mark in sales.
∗ The long-lamented monoculture is still present: slabs are exported almost only to the USA; buyers of raw blocks are China by a long margin, followed by Italy. At 2018 Coverings fair in Atalanta, Abirochas’ president Reinaldo Dantas Sampaio informed: „Presently, Brazil is the largest supplier of slabs to the American market, which answers for 65 percent of the Brazilian stone export sales. In 2017, Brazilian exported 692 US-$ million were imported by the U.S.“
∗ Even though Brazil’s natural stone branch is a big player on the world market, it has but a minor role in over-all exports of goods: a mere 0.51% of exports were made in natural stone.