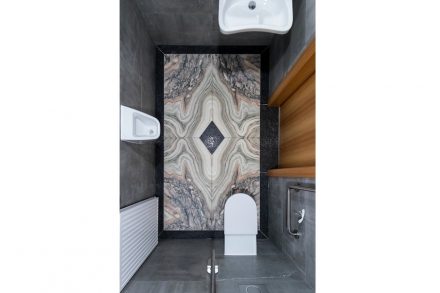 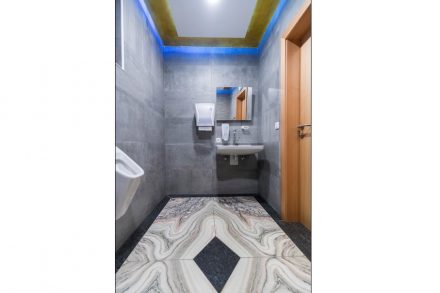 The Austrian Stonemasons’ Design Prize is awarded yearly for innovative design ideas in natural stone and for quality craftsmanship. All freelance Austrian stonemasons with a project in interior or exterior as well as artistic design are eligible. A maximum of 12 prizes are awarded each year – all are equal.

The award winners are honored with a certificate which the stonemason or his company may use for advertising purposes for the duration of one year. The competition is organized by the stonemasons’ center (Steinzentrum) Hallein.
Steinzentrum Hallein (German)

We show some of the award-winning entries:

Flooring in a private lavatory (photos above). 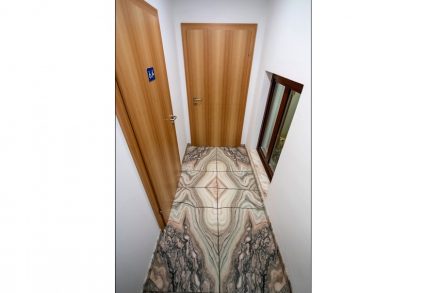 The material for the anteroom was won from remnants from the anteroom. Realized by Egger GmbH Stonemasons (German). 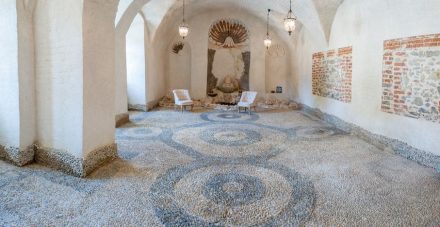 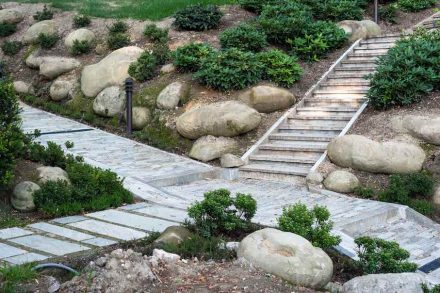 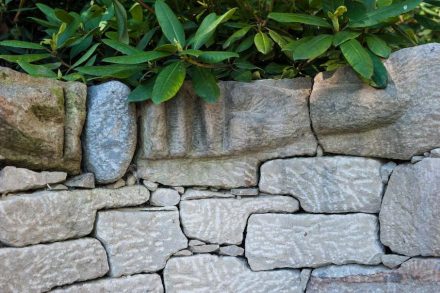 Thalkirchen Castle is situated not far from the river Donau. Today it houses a luxury hotel with a large garden park area. Here the cobblestone pavement of the pathways and mosaic in the grotto under the chapel were submitted. Work was realized by Steinbauzentrum Tremmel GmbH (German). 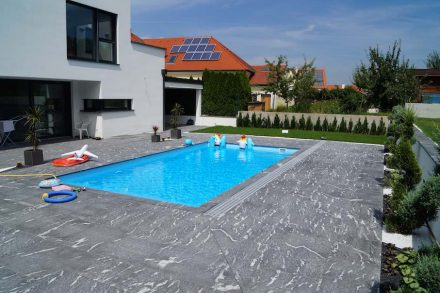 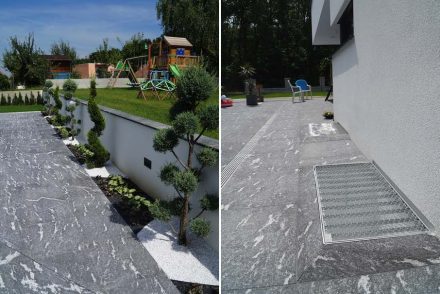 The terrace area and pool of a private home is the work of Hasenkopf Johann (German). 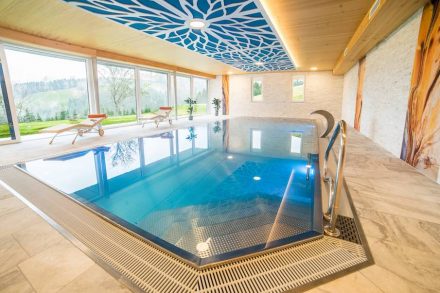 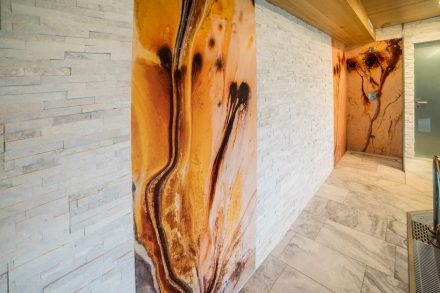 A successful entrepreneur wanted to indulge himself with a life-long dream of an indoor swimming pool. Realization by Johann Klammler Steinmetzmeister (German). 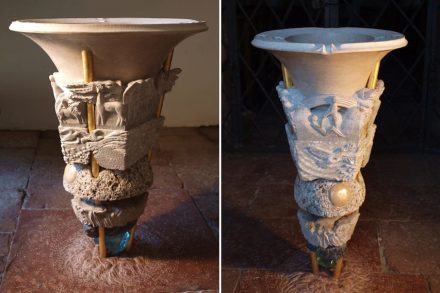 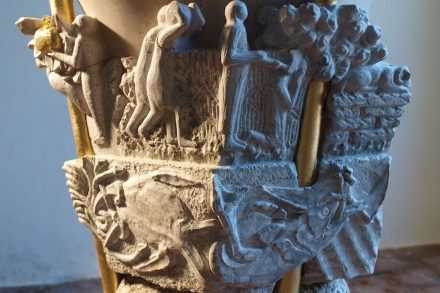 The new baptism font in the Gois Chapel picks up on the Devine Creation. Realization by Bernhard Hasenöhrl (German). 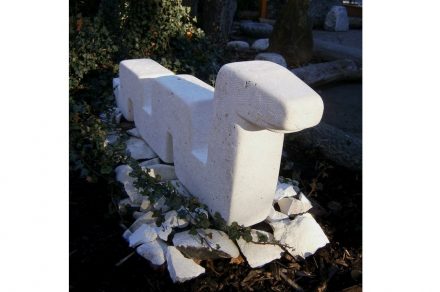 A bench in the form of a snake by Reinhard Winter.

Bocca della Verità by Helmut Moser of Seekirchen won another prize. We had reported earlier. 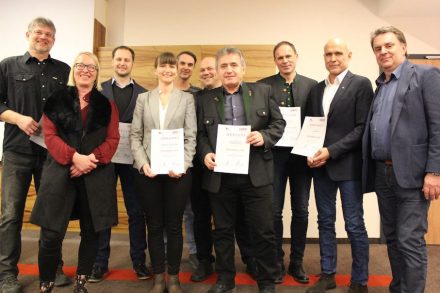