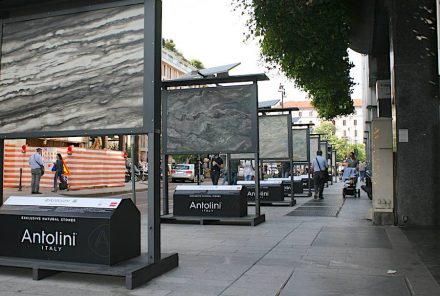 Fuorisalone (freely translated: Outdoor Fair) in the city center was overcrowded / Many venues are experiencing their demise at the hand of marketing moguls

Italy’s biggest furniture trade fair, Salone del Mobile, took place from April 18th to 22nd this year on the Milan Trade Fair Grounds. During the 6-day fair, 434,509 visitors from 188 countries attended, an increase of 26% relative to the year before and 17% more than 2016, when the focus had been Kitchens and Bathrooms, as was the case this year. In the coming year, the focus will be on lighting and office.

1841 exhibitors, 27% of them from 33 foreign countries presented their best. Salone Satellite, the section for young designers up to the age of 35, had 650 actively participating designers.

Once again this year, the city center of Milan was a unique experience. Fuorisalone is the name of the event, freely translated: Outdoor Fair. Here big and small design presentations offer something for everyone.
The center of Fuorisalone is the Brera District, worth seeing albeit totally overcrowded.

Many other locations such as Via Tortona, Ventura Lambrate or Triennale have fallen into the hands of marketing moguls in the last few years. Their interest is self-serving marketing of e.g. automobiles and hotels.

We restrict our reportage to the presentations which caught our attention. 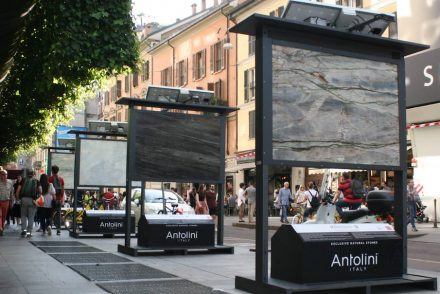 One is particularly worth mentioning: natural stone producer Antolini had placed some of his stone samples along Corso Garibaldi. The samples were illuminated at night using solar energy collected during daylight hours, of course. 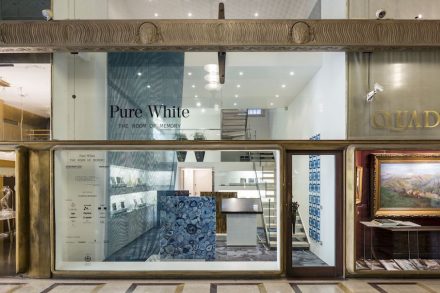 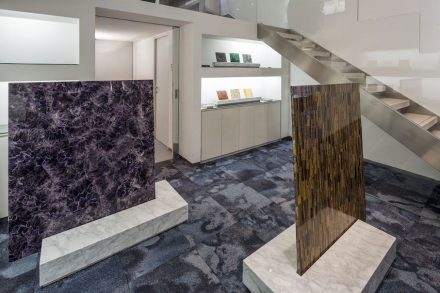 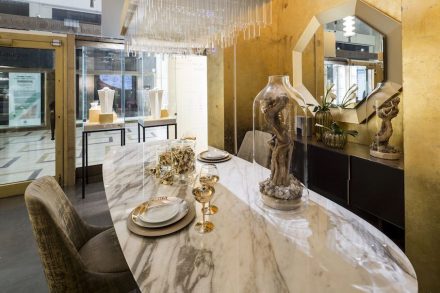 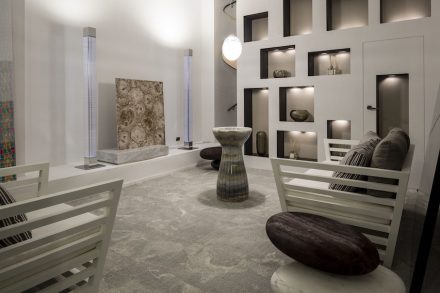 Behind 6 picture windows Galleria Manzoni set rooms of various colors in scene, each of which received a finishing touch in natural stone. 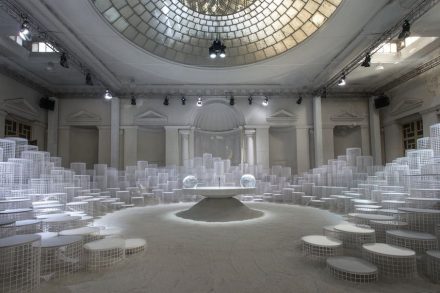 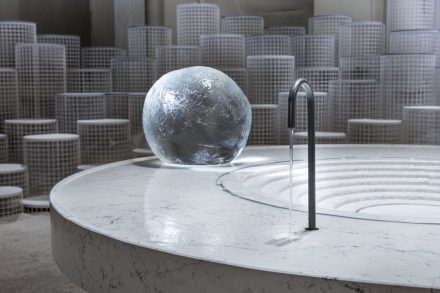 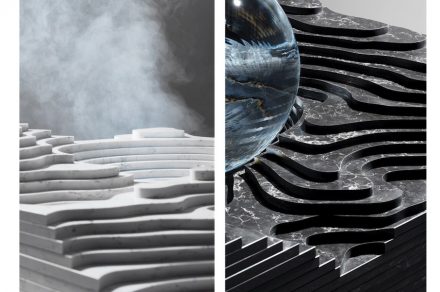 Caesarstone, producer of engineered Stone, Israel, solicited designers from Snarkitecture of New York this time to underscore the focus of the Fair. The center of attention was a kitchen island with water present in its three states ice, liquid, and gas, surrounded by 250 platforms in Caesarstone.

Cosentino, producer of Silestone and Dekton Engineered Stone showed its material in a variety of bathrooms. Another mise-en-scène by Cosentino could be viewed in the city center. 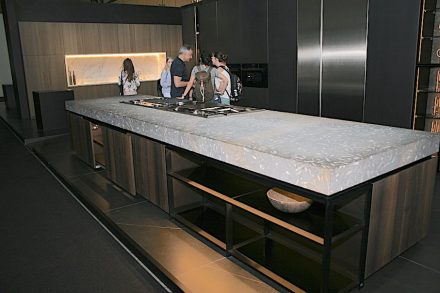 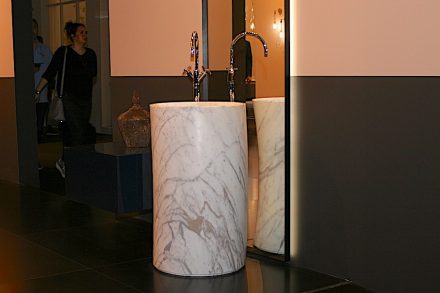 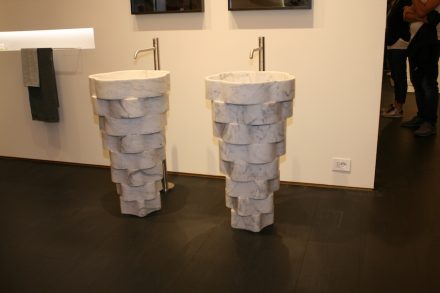 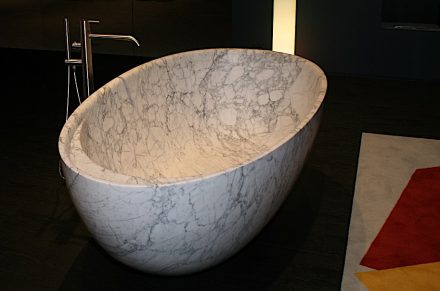 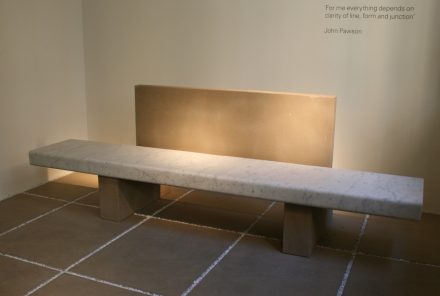 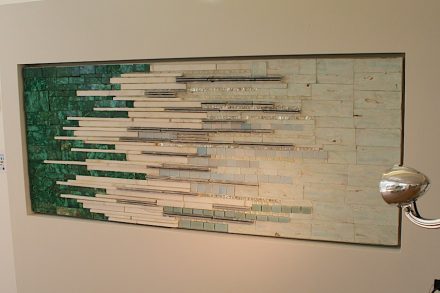 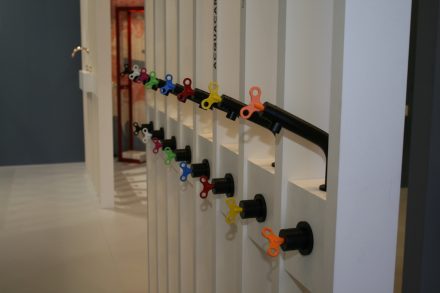 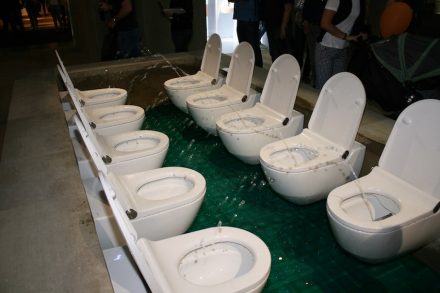 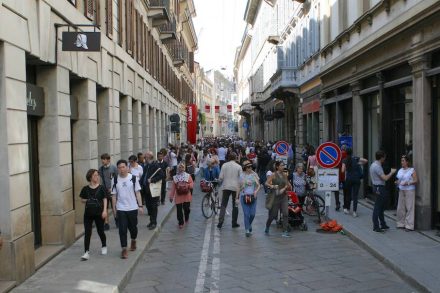