The title „Pierre de Bourgogne“ (Stone from Burgundy) is protected by a Geographical Indication (GI), since June 2018. Before, Granite form Brittany had also reached this seal which is valid only in France (French, 1, 2).

The Royal Institute of Bristish Architects (RIBA) has published its shortlist for the 2018 Sterling Prize. Listed is the Bloomberg London Headquarters designed by Foster + Partners about which we had reported. Another one in stone is the Sultan Nazrin Shah Centre, Oxford by Irish architect Niall McLaughlin (video, 1, 2).

„Lava“ is the name of an Icelandic adventure center all about volcanic activity.

Atlas Bench is the name auf a bench in marble from British Sé company.

Marble knobs and other accessories by 53.0 („53 Punto Zero“) company of Italy are on view online.

The Citadel Military College mentions „8 great internships“ of its students, one of a biology major with Big Rock Natural Stone & Hardscapes in Greenville, South Carolina.

Frankfurt airport in Germany has a new open air terrace with benches made of the artificial stone Hi-Macs.

Natural Geographic magazine has published a webpage callds „Seven stunning wonders in the Middle East“, most of them made of stone. 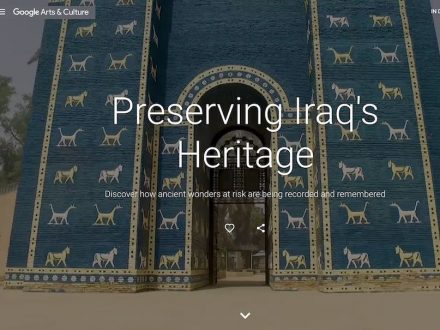 Google has launched a new portal called Arts&Culture. Visitors to the site can virtually walk through heritage sites. One of the current themes is the preservation of antique treasures in Iraq’s post war era.

A statue of martial artist Conor McGregor has been handcrafted from photographs by Russian Artist Aspencrow by using platinum silicone, marble powder, UV-resistant polyurethane resin for the eyes and real hair for the crop cut and beard.

Conventional fibre-optic cables deployed for telecommunication may be used to measure earthquake strength as such vibrations strain the cables. The deformation may be measured.

Pieces of foam mimic natural stone. They are produced by Beirut-based company Blocksfinj.

„Handmade in Germany“ is the name of an initiative of manufactories whose production has at least 60% handwork. Also modern objects like high-end audio systems or electrical lamps can be found.

Video of the month: US-artist Michael Iacovone has set the Preamble to the United States Constitution along Highway 50 in Nevada in stone blocks. 291 letters form the „We the People…“. Iacovone sees his work as a call to rally behind what made America great – unity of the people.