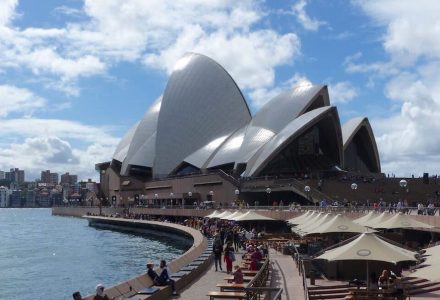 We recently reported that the Johannesburg-based New World Wealth Company predicted unusually high growth rates with respect to affluence in the Asia 7 countries from 2017 to 2017. One of these countries was Australia with a growth rate of +70%, others were India, China, Russia, New Zealand, South Korea and Japan.

A closer look at the data revealed an unexpected result: „The rise of Australia – now the world’s leading economy“, is the title of the news bulletin.

However, not taking into account the four smallest, Australia, what with its 25 million population, suddenly takes first position. Regarding buyer potential, Australia could be more important than even Switzerland with its 8 million let alone Luxemburg with its population of 600,000.

∗ Economists name the reason for the high level of affluence in Australia:
∗ Population is low but there are many natural resources;
∗ Australia is one of the safest countries to live in;
∗ The last two decades saw a continuous influx of super wealthy;
∗ Geographically Australia is strategically well positioned in proximity to China, Japan, and Korea.

Also „When it comes to new policy trends, Australia often starts the trend.“ Economists point to the global fight against climate change, or the woman safety movement.

But economists also concede that Australia’s economy has not taken on a leading role in any particular field. „As of June 2018, the US is home to 8 of the 10 largest companies in the world by market cap (the other two are based in China).“

With a focus on Australian natural stone: for the past few years IMM Carrara’s „Stone Sector“ has been pointing out that Australia is among the countries with the highest import-growth-rate. The chart below taken from the 2017 report, shows the actual standing. 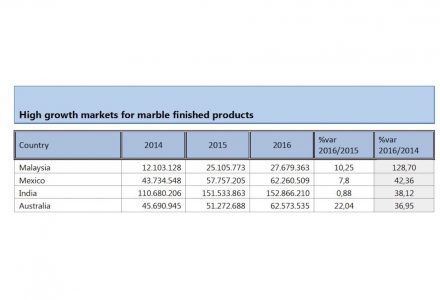