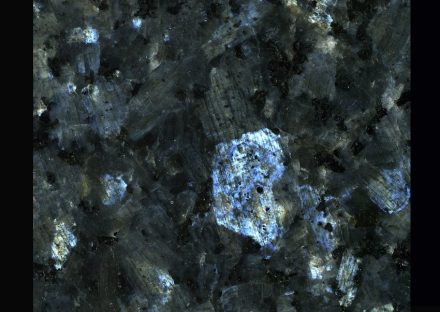 „Global Heritage Stone Resource“ (GHSR) sounds cut and dried, but the project behind the name is fraught with emotion. The aim is to compile a list of natural stone types with particular heritage value, or, put another way, to collect the reasons why generations identified with marble, granite, etc.

Let us speak of Heritage Stone, to circumvent the cumbersome abbreviation GHSR. Not only buildings are to be listed in the compilation: millstones, e.g., can be just as important, as can be whetstones, cobblestones, other examples which immediately spring to mind.

But then there is the Indication of Geographic Origin (IG) within which, e.g., granite from Britany is described and protected. It prevents other types of stone – at least in France – to call themselves granite.
So what sets IG apart from „Global Heritage Stone Resource“?

One aspect could be, how the stone defined the style of buildings even if transported across great distance, or: where was the stone used globally?

Another aspect could be the historic migration of building styles across great distance.

These are the criteria for the recognition of stone as „Global Heritage Stone Resource“ (GHSR). Quoting from the project website: Heritage Stone must be or have
* Historic use for a period of at least 50 years;
* Wide-ranging geographic application;
* Utilization in significant public or industrial projects;
* Common recognition as a cultural icon, potentially including association with national identity or a significant individual contribution to architecture;
* Ongoing availability of material for quarrying;
* Cultural, scientific, architectural, environmental and commercial benefits arising from GHSR designation.

The idea of seeking recognition of stone as valuable in regard of heritage was born by natural stone experts in the International Union of Geological Sciences (IUGS). 2008 saw the founding of the work group for Heritage Stone by its members.

In 2017 the group recognized eight types of stone as Heritage Stone, the first of which was Portland Stone found across Great Britain and the most important building material in the reconstruction of London after the Great Fire in 1616.

The other are:
∗ Norwegian Larvikite with its characteristic iridescence;
∗ Belgian petit Granit, which, in fact, is a type of limestone;
∗ Swedish Hallandia Gneiss widely spread by the Hanseatic League;
∗ Slovenian Podpeč Limestone, whose quarries are protected by the country’s heritage foundation;
∗ Carrara Marble, to which the jury noted that the entry could have been accompanied by more carefully compiled documentation;
* Iberian Villamayor Sandstone;
* Portuguese Estremoz Marble.

The group hopes to recognize a similar number of submissions according to Circular Nr. 13, as can be seen on the webpage. The webpage includes a forecast of activities envisaged for the coming years.

An interim list can be downloaded from the webpage. Most of the types listed are European in origin but there are submissions originating from Japan, Australia and the USA.

And last, but not least, there is IGCP-637. This is the title of the IUGW and UNESCO cooperation whose working committees go be the acronyms IUNC, ICOMOS, and ICCROM, respectively.

Why we mentions those letters? It is a warning for people who plan to browse the initiative’s webpage.