„Fifty Design Competition“ by Julia Marmi to celebrate its anniversary 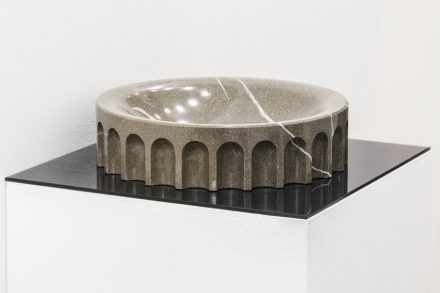 Italian company Julia Marmi celebrated its 50th anniversary in July 2018. As one of the celebrations was held the „Fifty Design Competition“. The winner was architect Luca Maci’s basin „Colosso/Fifty“ which was presented at Cersaie fair in Bologna. It is a round countertop washbasin with a polished finish obtained with CNC machining. „Its radial symmetry dug into niches … recalls the great urban architecture of Roman arenas and the detailed finishes of their architectural elements,“ is said on the webpage of the company.

The material of Julia Marmi is Pietra Piasentina limestone extracted exclusively in a small area of the north-eastern foothills of Friuli, a region around the city of Udine. The company is part of the Consortium of Producers of Piasentina Stone and has 3 quarries with a capacity of 1,500,000 m³. 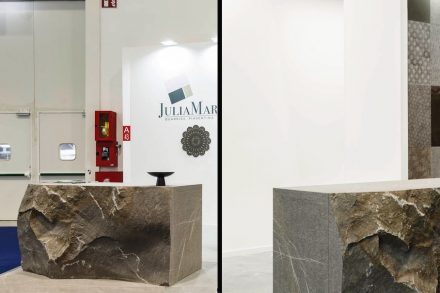 Eyecatcher at the both at Cersaie was „Mont“, a massive 2 m long counter, with the front in Pietra Piasentina with a quarry split surface and the flamed surface (design: Davide Vercelli). 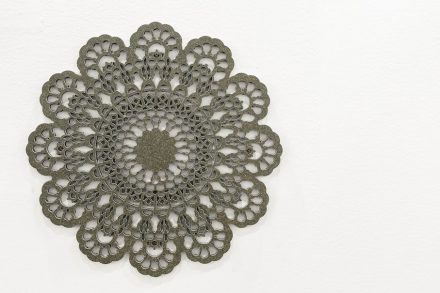 Davide Vercelli had also designed „Centrino“, a circular wall decorative element – with a diameter of 80 cm and a thickness of 1 cm – which has a perforated decoration that „lightens“ the brushed surface of the stone. 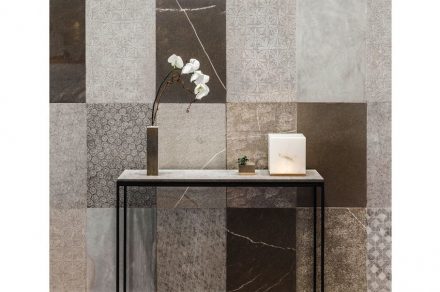 „Return“ is a collection of 5 graphic designs on brushed stone realized in cooperation with studio Tideo Design. 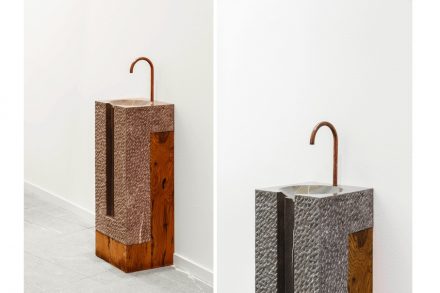 Also on show was the outdoor fountain for men and animals named „Milli“, designed by Angelo Dall’Aglio and Davide Vercelli, in solid chestnut wood, Pietra Piasentina hand-made and brushed in the parts in contact with water, and copper cane for the water.

The name Piasentina Stone comes from an anecdote of Friulian origin, according to which the major clients from Udine described it as „una pietra che la piase” – „a material that is liked” — very highly valued for its physical and aesthetic attributes, as said in a press release.