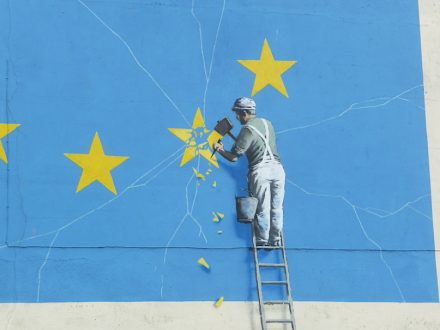 Brexit is a big topic in the media at the moment, about 4 months before it is to be completed on March 29, 2019. The British Stone Specialist had published an analysis of the United Kingdom’s stone market (see link below). Dr. Carlo Montani’s statistics yearbook gives additional data: in 2017 the UK’s quarries produced 500,000 t of ornamental stone, accounting for only 1.12% of the total EU production. British stone exports were also low at 41,000 t (EU: nearly 11 million t). However, the country played a role in imports: it purchased about 1.05 million t from other countries, which is close to France (1.2 million t) and half of Germany (1.97 million t). Overall, it imported a good 10% of total EU-stone imports (9.865 million t). It was also an important buyer of machines and tools from abroad (1, 2, 3). The Natural Stone Show fair will be held in London from April 30 – May 02, 2019 (4).

The Leaning Tower of Pisa is less oblique than before, after engineering works.

The legendary „Dragon Stone“ in the province of Elazig in Eastern Turkey is to be opened for tourism. The giant boulder which resembles a monster gave inspiration for many books and legends.

Italian company Ateliers Romeo has tables made of natural stone. 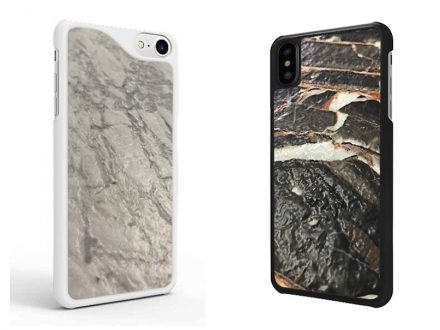 Mikol Company of USA uses thin marble for household objects. Their latest piece is a case for iPhone case XS (1, 2).

The American Museum of Natural History has a webpage with short information about a pegmatite.

The Hills Sculpture Trail/South Australia leads travelers along the sculptures crafted from 2012 to 2016 during the Sculpture Symposia.

As protest against the Nauru detention center, Australian artist Alex Seton created large marble tombstone-like plates bearing the names of the refugees who died as a result of the country’s immigration policy.

Video of the month: The „Marble Rocks“ are a tourist attraction near Bhedaghat city in India where the Narmada river breaks through a rock barrier. The film Aśoka had episodes playing in the scenery (1, 2).