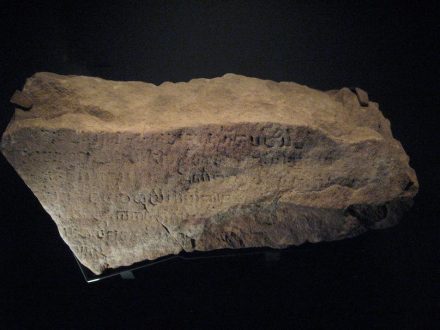 The Singapore Stone is a fragment of a once large sandstone slab with undiciphered inscriptions. Some date it back to the 10th century. It is now one of the „National treasures“ in the National Museum of Singapore.

To start the New Year without stress: live stream of planet Earth seen from the international space station.

Crisis in the stone branch in proximity of Carrara in the upcoming year is what Versilia Produce Newsletter is reporting. Fabrizio Palla of the Trade Organization Confidustria states that production from January to September 2018 has decreased (-)24% by volume and (-)17% by value. The reasons are of stiff competition from the ceramic and engineered stone branch and a tightening of environmental regulations for quarries (Italian).

„Brick Bay“ is the name of a sculpure trail in New Zealand with changing exhibitions.

The remains of the ancient Roman port of Olbia lie underwater close to Hyères city at the French Mediterranean coast. Divers can find large rectangular limestone blocks once unsed in a dock.

„Forever New – Frankfurt’s Old Town“ is the title of an exhibition in the German Architecture Museum in Frankfurt about the reconstrcution of the former historic district (until May 12, 2019) (1, 2). 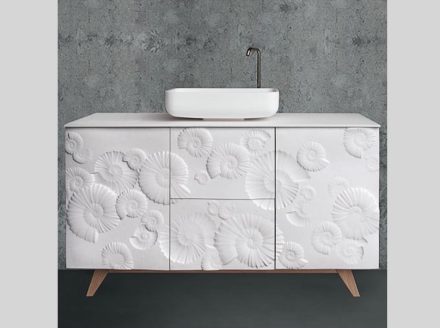 „Ammonite” is new in the program of ceramic producer Bianchini & Capponi of Italy.

„New Stone“ is the name Italian ceramic producer Fiandre has given its new collection of 2 cm-thick tiles.

The Trinity Museum Building in Dublin once created a taste for Connemara marble and Cork Red limestone in Ireland and abroad.

British stone sculptor and artist Peter Randall-Page has published a map to find his works all over the world.

After previous anger over the usage of imported stone in public works, the new streetscape in Aberdeen, Scotland worth £550,000 will be realized mainly with local granite. The city’s nickname is „Granite City“ due to the many buildings in natural stone.

Former mid-century style chapel, Marble Hall at Lakeshore Park, Tennessee was tranferred into an open-air building for special events. The project was awarded by Knox Heritage. The building has outer walls clad with marble and granite (1, 2).

Video of the Month: America also has legends which sound like being thousands of years old: This one is about the „Face in the Rock“ on Grand Island in Michigan state and a Chippewa Indian.