Reconstruction of the DomRömer in Frankfurt/Main’s heritage quarter: an Eldorado for the German natural stone branch 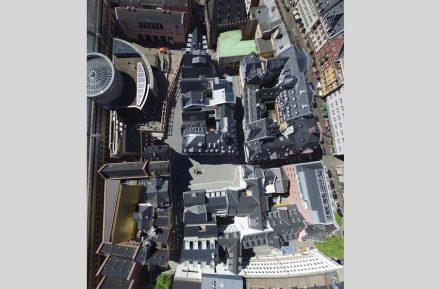 But what is the story behind the urge of Germans to reconstruct old city quarters destroyed in WWII? Most recent and prominent examples are the reconstruction of the Berlin Palace whose scaffolding is due to fall this summer, and Frankfurt/Main’s „New Old City Quarter“ accessible to the public since mid-May. The grand opening is set for September 2018 with a big inaugural festival. The official name is DomRömer.

The banking metropolis welcomes the quarter’s contrast to its glazed palaces. The surface of the old city center is a mere 7,000 m² – nearly the size of a soccer field. The space accommodates 35 parcels of land and as many buildings – 15 of which are reconstructed heritage buildings coupled with 20 new edifices.

Design of the buildings is strictly dictated to fit into a medieval setting: tiny, narrow lanes and very steep pitched roofs.

But the reconstruction is of immense importance to the German stone branch not only because the ground floor of the buildings is made of local red sandstone, which was also implemented in details added to the buildings.

Each of the buildings also shows the stone prominently and is an ode to the craft of stonemasonry and woodwork.

Some architects have also developed an innovative plan for cladding façades in slate. 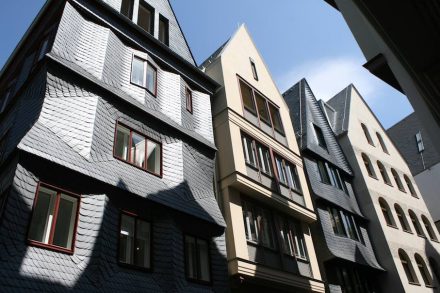 Best cases in point are the houses Markt 10 and Markt 14. Both are typically medieval in style but with a modern twist: formerly wind-slanted surfaces are now wavy (Markt 10) or angular (Markt 14).
Never seen before, we simply cannot get enough of them. 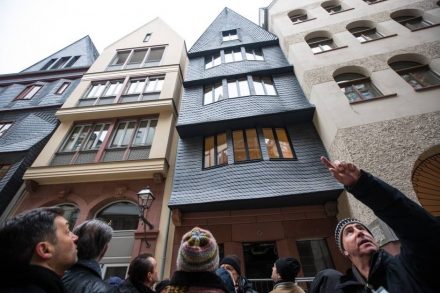 But the best, e.g. in the case of Markt 10, remains concealed from passers-by. As was originally the norm for buildings of this type, they were built with a Belvedere, a small roof-top garden terrace which, in this case was realized by means of a bay in the steep roof. The architect responsible was Von Ey Architektur. 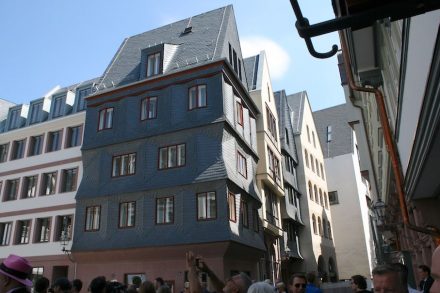 It was the express aim of the urban planners not to create a Disney Land atmosphere but rather to allow for modern urban living. Some 80 condominiums, suitable to house up to 200 citizens, will ensure active urban life. The flats will be 32-185 m².

The ground floors accommodate stores for every day supplies such as grocery stores, but also handicraft shops, pubs and restaurants.

The center accommodates the Hühnermarkt with a fountain dedicated to the local poet Stoltze. His bust resembles that of Karl Marx.

Heritage reconstruction of the so-called Krönungsweg (Coronation Path). From 1652 Kings and Queens including the German Kaiser were crowned in here in pompous ceremonies from the Cathedral to the Römer Platz where a feast was held in their honor.

The Eastside with its historic town hall was reconstructed in 1980.

Note how the problems accompanying the coronation lane were solved: part of the landfill had to be moved to make room for the original path, by which the road suddenly traversed two street levels. 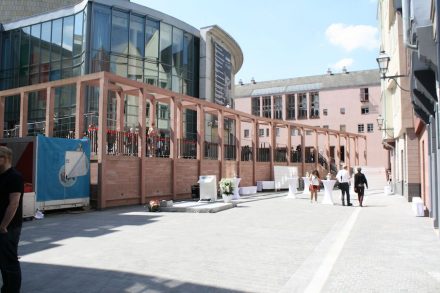 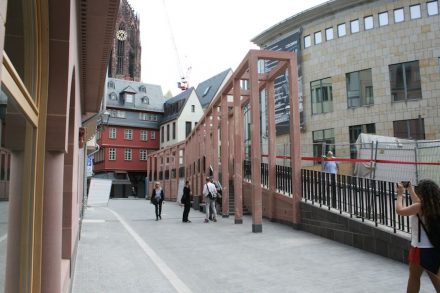 Some notable stonemasonry was the sandstone staircase in the Haus Goldene Waage and the fountain made of Carrara Marble in its inner court.

We show some examples.

But back to the beginning. Why are Germans obsessed with reconstruction – Dresden’s Frauenkirche is another case in point, as is the Brunswick Palace?

Prof. Christoph Mäckler, Architect and chief of the Design Committee for the DomRömer Project has an interesting interpretation. He suspects that the trend is somehow pivotal on Globalization: „Society needs roots and an anchor to define itself“, he explains in an interview. People look for architecture that conveys home and an identity.

„Continuing construction“ is the buzz phrase. It’s all about building on architecture of times gone by to develop shapes and forms in keeping with people’s projections. At least until such time as „urban planning and its architecture once again correspond to the people’s needs for aesthetics and security are covered“, acording to Mäckler.

Some young architects managed the balancing act. Mäckler implies that he would have welcomed less reconstruction and more new ideas.

And another plus for the natural stone branch: the material itself can lend a sense of home.
But perhaps the German’s love of reconstruction grows from wished of the second post-war generation to recover some of the destruction. To quote one passer-by: „It’s like in Italy – beautiful wherever you look.“

In any event: Lübeck’s „Gründungsviertel” (Oldest Quarter), a UNESCO World Heritage, is expecting its next reconstruction in the very near future. 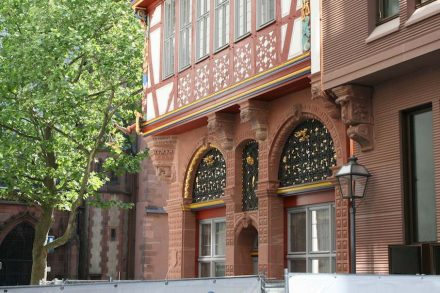 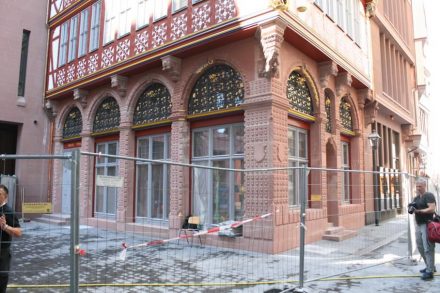 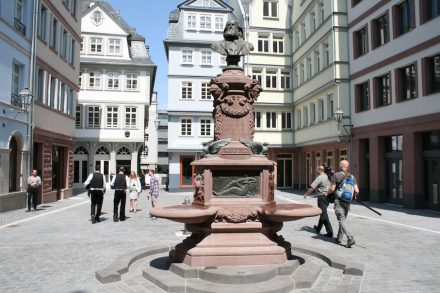 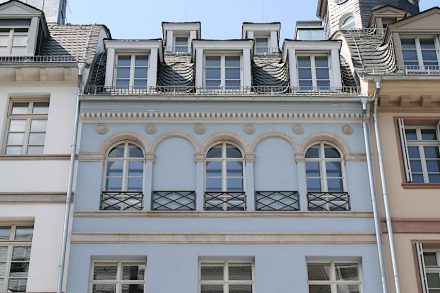 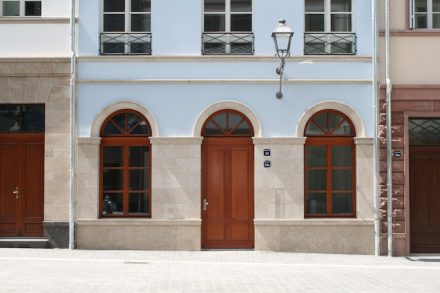 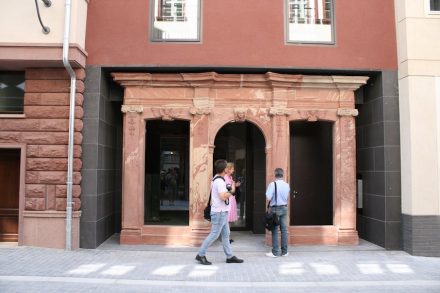 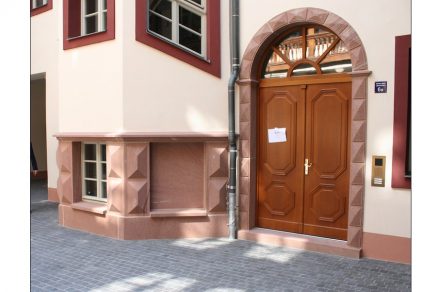 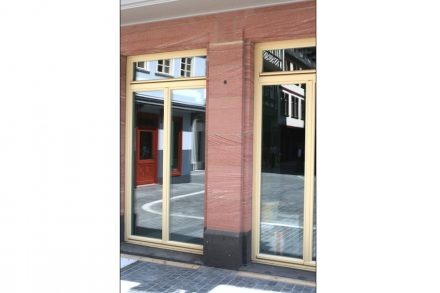 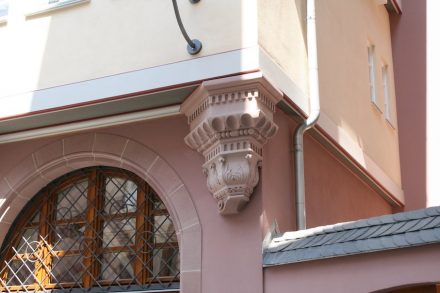 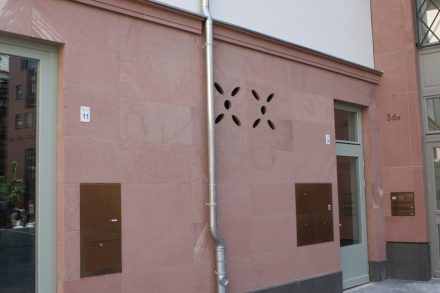 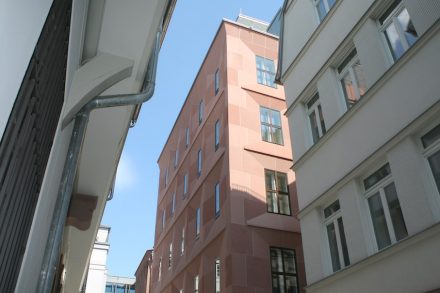 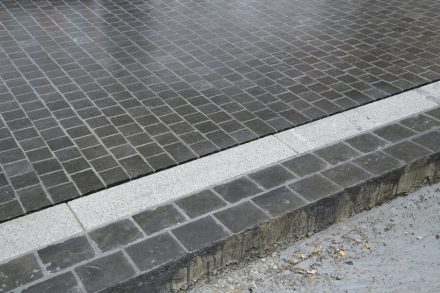