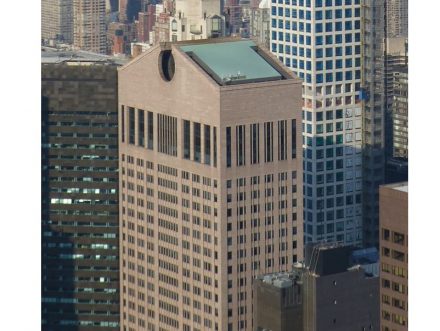 The approval was preceded by lengthy debate over Snøhetta’s first draft which saw the granite façade at the foot of the building along Madison Avenue replaced by corrugated glass to open the building optically. 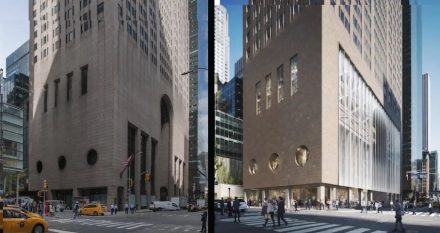 Opponents were quick to voice their disapproval with slogans like „Save our Stone“ or „Hands off my Johnson“ kicking off the inclusion of the building in the Landmark Preservation List.

A word on the building’s history: Philipp Johnson and his partner Pohn Burgee finished construction in 1984 under contract by AT&T – the then only telephone company in the USA and a big global player.

Even then the reactions to the 187 m high sky scraper were vigorous. The roof was reminiscent of a Chippendale dresser it was said, and the base of the building, which Snøhetta was hoping to revamp, were unpopular. 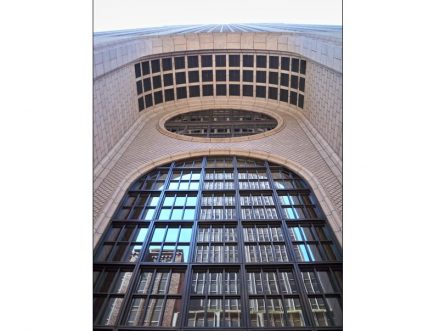 And there was plenty of reason to criticize. Standing before the elegant and slim tower, one could not help but feel diminutively inadequate. Johnson and Burgee had constructed the entrance as a narrow portal in seven story height accompanied by tall windows.

Having said that: all in all the tower was aesthetically pleasing and incredibly elegant.

The Guardian’s architectural critic poignantly wrote about the revamp: „It would be like taking one of the fine suits that Johnson favoured and chopping it at the knee.“ And, referring to current architectural city-style: „It would be another step in the ubiquitous glassification of the street levels.“

The building was architecturally significant as well: the pencil-like shape topped with a cradle like those of the telephones of yore but whose receiver had gone lost stands in perfect harmony with postmodern ideas. Postmodernism is known to pick a quotes from here and one from there and mix all of them together.

The matrix of small stone plates interspersed with long lines from bottom to top was a great success and distinguishing factor.

The stone used was Stony Creek Granite – the same as that adorning the foot of the Statue of Liberty and the façade of Grand Central Station, to name but two examples.

Snøhetta’s concept received a „conditioned“ approval by the Landmark Preservation Authority. The revamped building is to receive an entrance and reception area accessible to the public. Previous drafts are to be withdrawn.

Restoration of the interior is already under way. The building will begin welcoming its new tenants in 2020.