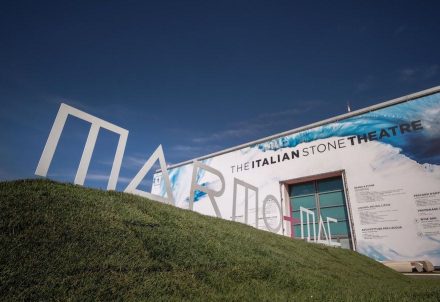 The focus of the Italian Stone Theater in Hall 1 of Marmomac (September 25-28, 2019) will be on stone as nature’s material. It will be presented „immersed in a green setting giving special emphasis to plants and shrubs, thereby bearing witness to the bond between vegetable and mineral nature” according to Veronafiere’s press release. As usual, the presentation will „be dedicated to Italian excellence in the natural stone field.”

In preparation for Brexit, British exporters are shipping their goods in large quantities to Roterdam and store them there. In order to cope with upcoming customs regulations, the port has set up the Portbase system.

In a report from the stone fair in Vitória, Brazil, Italian trade magazine Marmomacchine states that local Brazilian companies stayed away from the show as they preferred to take foreign visitors directly to their quarries and showrooms. The editors draw a comparison to the Marmotec Carrara fair where big Tuscan companies had shown the same behavior – now the fair does not exist anymore as fair. We also had analyzed trends in the stone fair business in a report (1, 2).

The French Association SNROC might return to Euroroc as member, magazine Pierre Actual (2/2019) reports from the association’s general assembly. Euroroc is the umbrella organization of the European stone associations. Didier Pallix from the technology center CTMNC shall participate in Euroroc’s meetings this year.

The 5th International YES Congress 2019 has as theme „Rocking Earth’s Future“ and will be held in Berlin, Germany (September 09-13, 2019). The YES Network is an international association of young and early career Earth scientists. 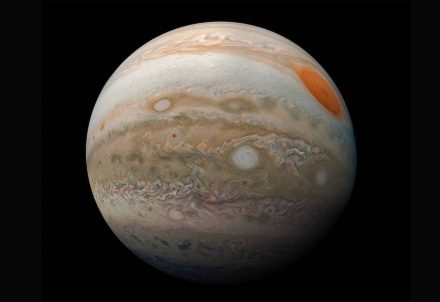 „Jupiter Marble“ is how Nasa called this photo captured by Juno spacecraft on February 12, 2019 as it captured a close pass of the giant gas planet. The name refers to the famous Blue Marble view of Earth from 1972 (1, 2).

The international conference „Os mármores do Alentejo. 2000 anos de memória e património“ will take place on May 30 and 31, 2019 in Vila Viçosa, Portugal. It will mark the second phase of the study „Património e História da Indústria dos Mármores“ (PHIM) (Portuguese).

The Austrian Sculpture Park is located 7 km from Graz.

About multiple applications for natural stone in the bathroom (showers, floors, vanity tops, and even high-end luxury touches) informs Great Lakes Granite and Marble company on its webpage.

Video of the month: The 3rd European Stone Stacking Championship will held on April 20 and 21, 2019 in Dunbar, Scotland. A video gives an impression of last year’s event (1, 2).