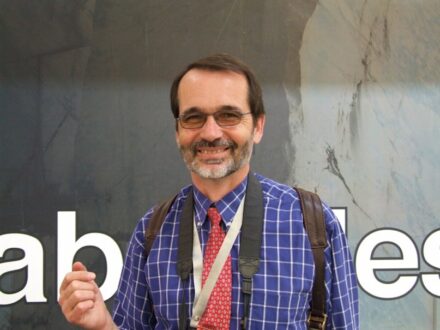 Many natural stone Trade Fairs have folded or have regrouped and were integrated in existing building or architectural fairs in the last decade. Two new movements are appearing in the world of stone fairs, both of which have connections to state funding albeit each in its own way.

Carrara is a dramatic case in point of the dangers for buyers emanating from the buyers’ program. Representatives of the trade are flown in and travel expenses paid by the State or Region specifically to make purchases for their region.

Carrara with its Marmotec, was formerly the mother of all stone trade fairs. This year it will no more be „a traditional trade fair with stands and exhibition of products“, but rather „a professional meeting aimed at encouraging business opprtunities“ according to the webpage.

IMM Carrara calls this a „Hub“. 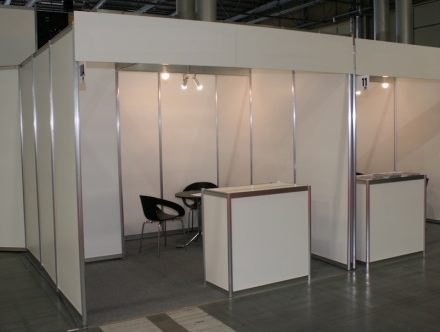 A buyers’ program was also brought to life in Batalha, Portugal. At the time, it served as a jump-start – the first investments for „Stone“ in 2013 and 2015 were aggressivly promoted by such free invitations. Today there is no more talk of such activity, at least not publicly.

Another development can be observed in the export business. Here new pseudo trade fairs, in reality nothing more than showrooms for the local stone branch, represent local stone abroad.

Turkish organizers are particularly aggressive at events of this type, again, with the aid of State subsidies.

New appearances on the horizon such as „Singapore Stone Show“, had a short lifespan. One pseudo trade fair in France near Le Bourget Airport, Paris was cancelled during the planning phase.

Algeria and Morocco also have stone fairs organized by Turkish enterprises. The Algerian edition took place for the second time in 2019, but the fate of the Casablanca-based fair is undecided at the time of publication.

In short, all Trade Fair Organizers worldwide are attempting to build a bridgehead abroad to support and aid the home stone industry.

But the success always depends on whether exhibitors from abroad can be coaxed to attend.

On a positive note, the Turkish initiative „Jakarta Stone Fair“ in Indonesia could prove to be a success. Indonesia is considered a country with high growth potential in the stone branch, as we had already reported. And so 75 exhibitors from 8 countries presented their wares (next edition November 21st to 23rd 2019). Of course the bulk of the exhibitors originated from Turkey.

But the initiatives of many State subsidized fair activities seem already to have led to a general weariness. Trade magazine „Marble Trend“ has been reporting more and more that many companies feel overtaxed by the sheer number of such events and „Turkish Stone World“ magazine is highly critical of the Jakarta show.

But the buyer programs are a problem for another reason, too: they steer interest away from real „new markets” – those pointing the way toward innovative implementation of natural stone.

In closing: there are even State subsidized Fairs that can only be seen tongue in cheek, i.e.: MediStone 2013 held in the South Italian city of Bari. Advertised with great fanfare as the new marketplace for the stone branch in the Mediterranean region, the Fair folded after only one edition.

We make no secret of the fact that MediStone only took place because there was a rather large sum earmarked by the EU in the program for underdeveloped regions. The local officials had even hired an experienced organizer for the job: Carrara Fair.