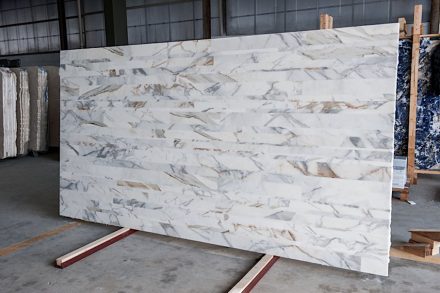 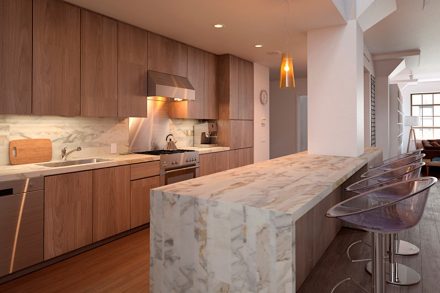 The idea behind „Stonethica’s“ marketing strategy is not entirely new, but its use for waste in stone production gives new impulses and merits an article.

Stonethica, located in Pietrasanta in the Carrara-Region laminates remnants to form larger slabs. This is an already known procedure first developed in 2011 by Salvatori Company with its brand „Lithoverde“.

Whereas Salvatori had an artistic approach to the new material, Stonethica sets the focus on today’s sustainability.

Stonethica’s slabs are available in XXL-formats. By using these slabs, a builder will easily achieve the LEED or BREAM environmental seal of approval, as certification has been granted already. 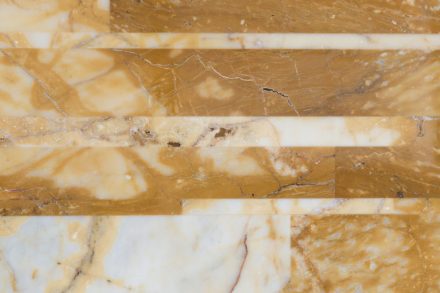 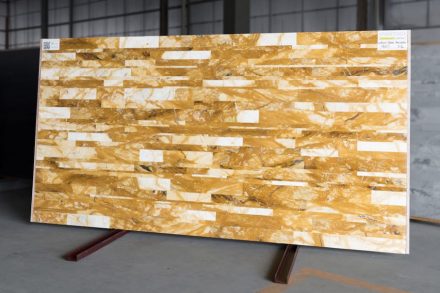 But that’s not all: by combining remnants, the client is in a unique position of composing his own material. The idea even has a philosophical angle: one can see Stonethica’s material as a suggestion by mother nature finished by man.

We had reported on Budri Company’s project of composing unique stone in our issue on the Salone del Mobile, Milan 2019 issue.

Stonethica has been on the market since 2018. It was launched by Petris Company producing stone now in the second generation.

Currently there are 7 types of Stonethica available, all comprised of marble remnants from local producers. Company founder and managing director Alessandro Franci is restricting his production to material from the Apuan Alps for the time being, but he is open to new ideas: „We have not yet worked with granite but cutting the elements to size could prove costly“, he tells us. 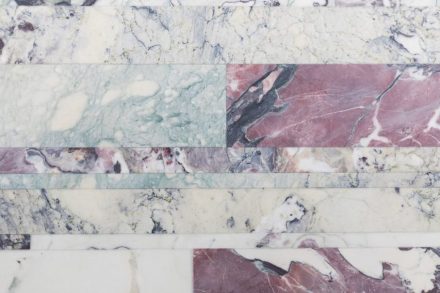 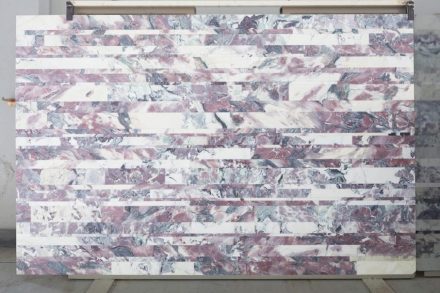 Finally the pieces are glued using an eco-friendly adhesive so that the finished Stonethica product is comprised of 98.6% to 99.4% marble.

The company is forging ahead in other ways as well. It sees itself not only as a supplier of stone material but indeed as a producer of value-added end-products. These could be tiles of all sorts but also cut-to-size designer objects.

Stonethica sees itself as a system provider as economists would have it.

While we’re on the subject of design: up until now the company has worked with designer Moreno Ratti only, a man who has made a name for himself using recycled stone remnants. But at the upcoming Marmomac in Verona Stonethica will be presenting objects by other designers as well.