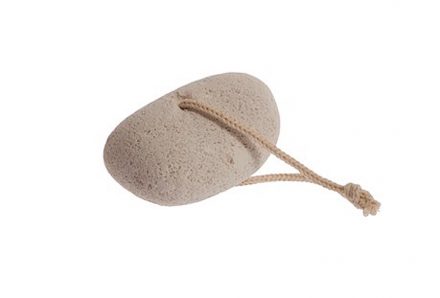 Swedish company Iris Hantverk has rediscoverd volcanic Pumice stone for skin care. We had recently reported about a giant pumice raft floating in the Pacific (1, 2).

Cleaning and chemical treatment is planned for the marbles of the Bibi Ka Maqbara, the famous 17th century Mughal-era monument very much resembling the Taj Mahal.

To „build strong rugged health into its students” was one of the aims of the Mohonk School. The log cabins are gone but field stone chimneys still stand in today’s preserve in New York State (1, 2).

Massive lightning strikes may have inspired the Callanish (or Calanais) standing stones, the Guardian quotes a new theory.

In Toronto’s Guild Inn Park and Gardens salvaged pieces of ancient columns will be reused in new artists’ works.

„Stone has excellent insulating properties and when making candy, the cooling phase is critical“, is said in a blog. We had reported (1, 2).

At the Espace Wallonie de Liège, Belgium will be shown an information about stone professions until February 21, 2020. The title is „La Pierre Toute Une Carriere“, organizer is the Association Pierres et Marbres de Wallonie.

„Worry Stones“ are meant to be rubbed due to relieve a person from anxiety or stress. They are nicknamed „pocket tranquilisers“, due to a webpage.

Natural stone shall be used in Aberdeen where a former distillery will be turned into a five/six storey block of affordable housing. The stone shall „evoke a sense of quality and solidity which is so apparent in the granite buildings of Aberdeen,“ the Evening Express reports.

„The goals for 2023 are far away“ Turkish Stone magazine Marble Trend writes in its 50th issue. This refers to the commitment the Turkish economy had undergone for the 100th aniversary of the Republic: the natural stone sector had promised to reach exports of US-$ 6 billion in that year. Yet after some years of good growth between 2010 and 2013, the numbers of sales abroad had fallen under 2 billion in 2018 and the 2019 data do not look promising. „We shall see how close we will get to the goal of 6 billion“, the editors meekly put away the expectations which had always been unrealistic (1, 2).

An Earthquake destroyed the window shaped stone arch at the coast of Punta Verena, Puerto Rico.

Video of the Month: „A late’s voyage“ by Norwegian company Minera Skifer.