New collection of the design brand “Kreoo” by Decormarmi: Natural stone as a material for tiles and furniture for rooms with high-quality design 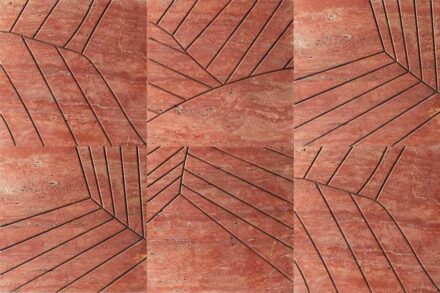 The Italian company has furnishing items for business premises, hotels, or restaurants, next to items for “the young design-eccentric consumer”

“Kreoo” is the design brand of the Italian company Decormarmi for exactly 10 years. The company, based in the Chiampo Valley not far from Verona, was one of the first to recognize the trend of the time, namely that natural stone can be used not only in construction, interior design, for gravestones and art, but also in product design. Since then, the company has launched numerous collections with well-known designers – the target group was initially “the young design-eccentric consumer”, as Gabriella Farinon from the company’s management told us. In the meantime, the company also offers furnishing items for business premises, hotels, or restaurants, etc.

The name of the brand has its roots in the Greek word “kreion“ (“The one who does and creates”). Alluding to the Greek Antique what with its simple yet perfect forms easily recreated with the help of modern technology.

This year the new products could not be presented at the Salone del Mobile furniture fair in Milan as usual. But the company provided us with the information. 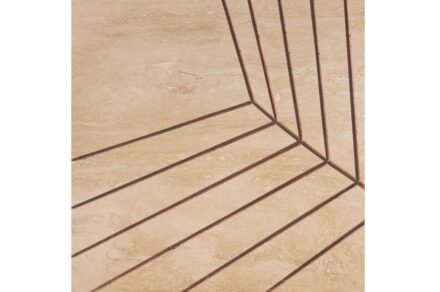 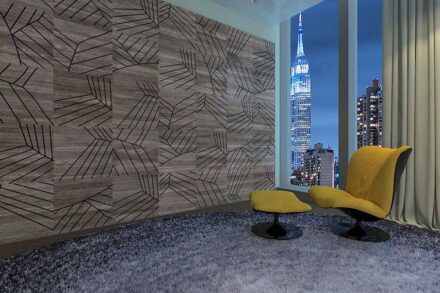 Again, wall tiles are part of the innovations: “Folium” refers to forms of nature, especially the grains in leaves, which designer Sebastiano Zilio has reduced to a minimum. The tiles are available in 60 x 60 cm with a thickness of 2 cm (as well as the following models). Different types mainly of travertine are possible. 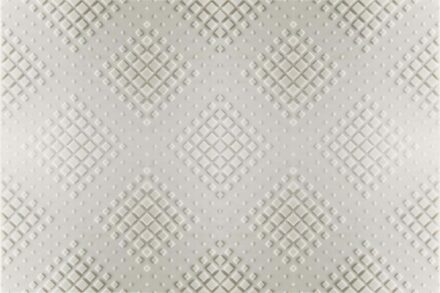 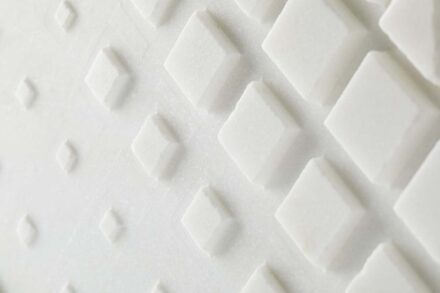 The “Stone City” tiles by architect and designer Marco Piva, on the other hand, adhere entirely to geometry. As the name suggests, they can be seen as an aerial view of an imaginary downtown or as a three-dimensional image of a skyline. There are different types of marble to choose from. 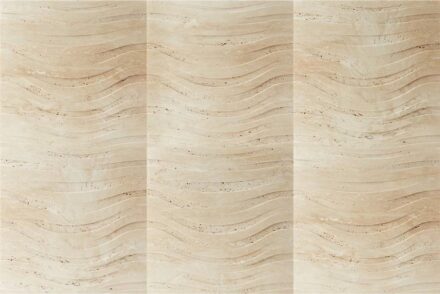 “Zen” by Marco Piva is a middle ground between nature and geometry: waveforms are depicted, which in the viewer’s mind create “a feeling of calm tranquility and connection to the earth“ as it is called in the press documents. The motto is “Meditation in waves”. 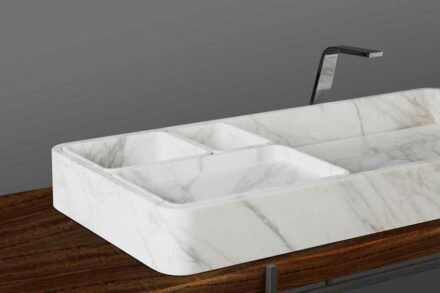 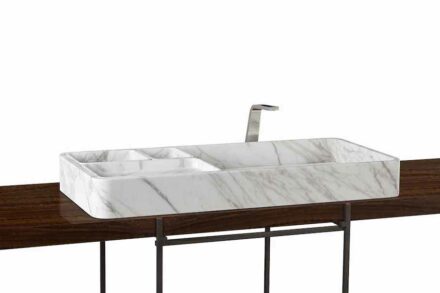 As usual, bathroom and kitchen furnishings are also among the new products. One is the “Bento” washbasin by designer Matteo Nunziati. It refers to the bentō known from Japan, which are containers with several compartments in which food is stored. A special feature of the design is that the drain of the basin is hidden. Size: 105 x 50 x 12 cm. Again, there are different kinds of marble to choose from. 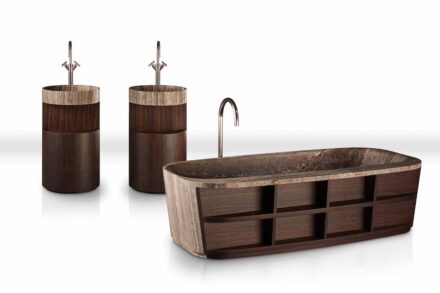 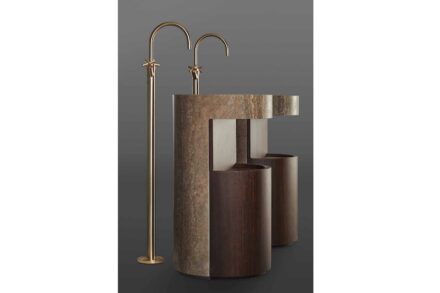 “Hug” is the name Matteo Nunziati gave to his washbasin and bathtub. It means that the stone used here is connected to the wood of the eucalyptus tree. This makes the objects light, and also protects them from the usual monolithic and heavy appearance. There are shelves on the sides. 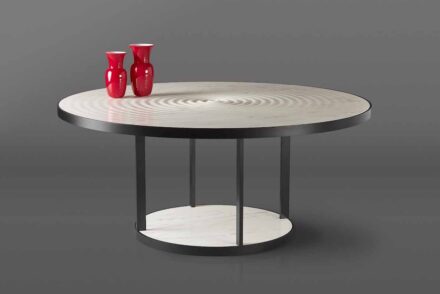 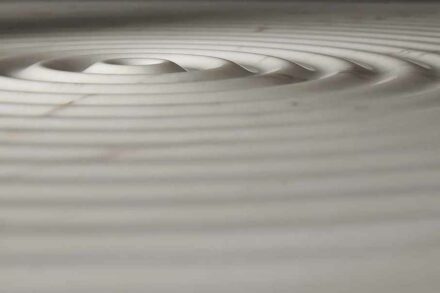 The “Pluvia” table by Matteo Nunziati is also available in two materials: marble for the tabletop and the base and metal for the frame. As the name suggests, it is reminiscent of rain and drops falling on a surface of water. „Water fluidity meets the strength of the stone,“ as is written in the press-release.