Vase collection “Bangle” by Cristina Celestino for Budri: echoes of jewelry from the time of the Bakelite 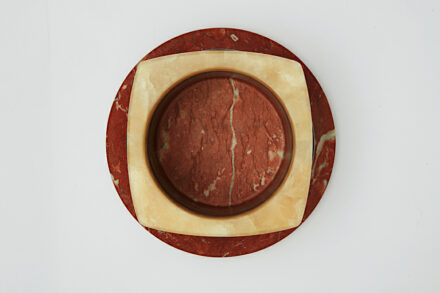 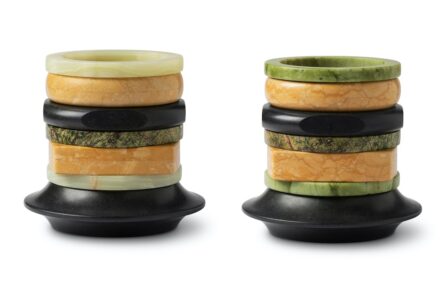 “Bangle” is the name of the collection of vases that the Italian designer Cristina Celestino has created for the Budri company. The name says it all: the objects are composed of rings placed one on top of the other, playing – of course – with both the shapes of the rings and their surfaces. They also play with different natural stones as a material – after all, Budri is perhaps the company worldwide that is a pioneer in the creative use of colorful, striking varieties.

The colors of the marbles, onyx and quartzite are also strong in “Bangle”. To the observer, they look as if nature had poured out a whole pot of pigments inside them. 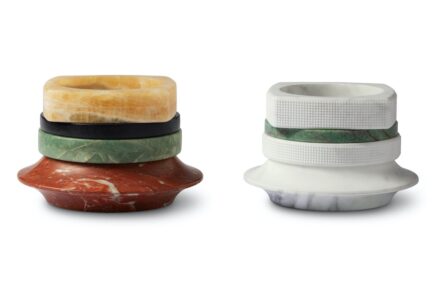 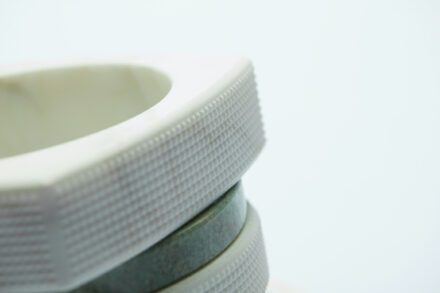 According to the designer, the inspiration for the creation came from the world of bakelite plastics developed by the Belgian chemist Leo Hendrik Baekeland at the beginning of the 20th century, which at that time marked the beginning of a new era of everyday objects. Today, these objects can be found in museums: for example, the bulky sockets made of the black and lusterless plastic or the once ubiquitous dialing telephones, which today look like dinosaurs of design.

In any case, Bakelite, whose raw materials are used as cheap waste products from
industrial processes and which could easily be cast in molds, played an important role in the flourishing of industrial design, i.e. the production of everyday objects in large quantities. 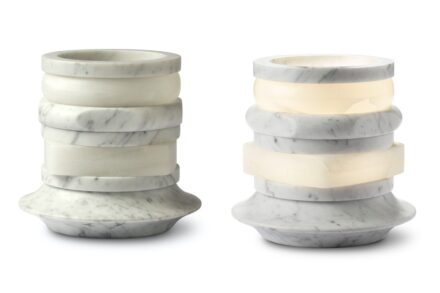 Even though black is always associated with bakelite, there were many different colors for it. They were popular in the jewelry design of Art Nouveau, to which Cristina Celestino explicitly refers.

As usual with Budri, the vases from “Bangle” are also characterized by the fact that they are perfectly crafted and that viewing the renderings is a pleasure. We also recommend a look inside the vases. 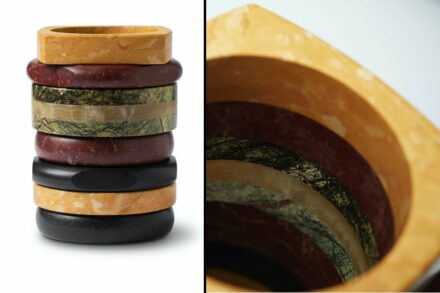 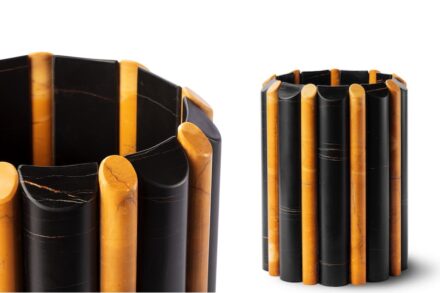 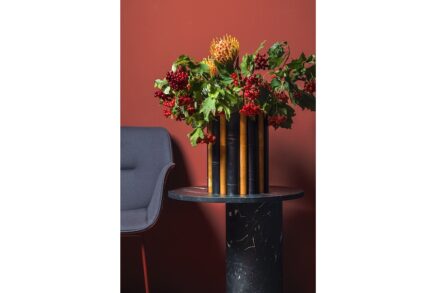