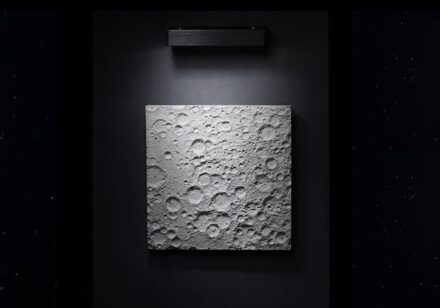 DeskX are 3 young designers from Hong Kong who have designed the planets and the star of our solar system in natural stone. We had reported. Now, they have added the Earth’s moon to the collection: it is based on Nasa photos of the back, designed in Portland cement. To show the craters, the designers recommend side lighting (1, 2).

Italian Confindustria Marmomacchine’s president, Marco De Angelis, took part in one of the preparatory meetings of the G 20 this year. It was the so-called B 20 Engagement Group, where business representatives from all over the world worked out a communique for the meeting of politicians later in 2021 in Rome. Since December 2020, Italy is in charge of the G 20 (Italian).

The webpage Volcano Discovery informs about what’s happening at our fire mountains. At Etna in Italy’s, for example, there had been an eruption on December 14, 2020.

Heat canyons in the cities become an increasing problem due to climate change. We had reported how bright granite pavement could help to reduce the summer heat. Now, researchers from Japan are investigating how glass bead retro-reflective (RR) material can increase the reflection of solar heat waves (1, 2).

The project 30 Geotopes3 aims to document the most visually appealing and scientifically significant outcrops in Germany. The focus is on digital and three-dimensional recording, the initiator is the country‘s Geological Society (DGGV).