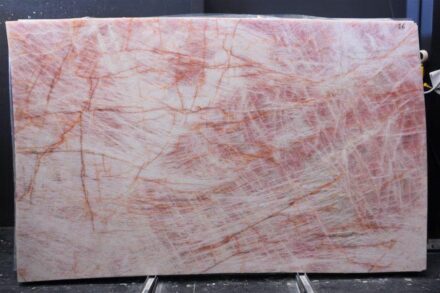 Once again, it was processed quartzite and marble products, as well as soapstone, that yielded good returns

Perhaps the export performance of Brazil’s natural stone industry in 2020 was not so bad after all, despite the -2.65% by value and -0.36% by tons achieved. Chid Chiodi of the consulting firm Kistemann & Chiodi Assessoria e Projetos, at any rate, presents these figures in his statistics Informe 1/2021 for the nationwide umbrella organization Abirochas with a positive basic tenor.

And he cites good reasons for his upbeat mood: firstly, 2020 was the year with Covid-19 and there were double-digit slumps elsewhere, and secondly, the overall figures could still improve because the December figures are always received by him with a delay – so the export value of US$987.4 million achieved so far could ultimately still pass the magic threshold of 1 billion.

Chiodi thus sums up that despite all the consequences of the pandemic, the year 2020 cannot have been that bad for Brazil’s natural stone exporters.

That makes it worthwhile to look for the exact reasons. They lie firstly in Brazil’s stone varieties, and secondly in product levels:
* as in 2019, quartzites turned out to be a big seller – with these varieties Brazil has almost a unique position on the market, and above all it can supply the currently so popular white to gray varieties (and just also colored varieties);
* in addition, there was a high percentage of processed products in these quartzites. That means: in this case Brazil managed to make money with the material plus a processing, not only with the raw material. 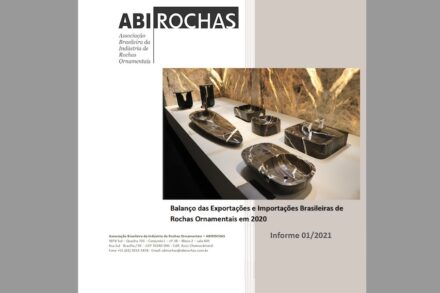 But Chiodi is known for his sober analysis, and so he takes back his joy immediately: because with these quartzites there was just as much an increase in the export of raw blocks, by 50%!

The country had already experienced a similar dilemma about 10 years ago, then with its exotic granites. These exist only in Brazil! But never had the companies, the association and the state export promotion been able to make them into a brand of their own – rather, these stone had been sold mostly as raw blocks to other countries and returned to the markets processed from there.

We still remember the gnashing of teeth in one of Chiodi’s reports when he returned from the Middle East and saw Brazilian stones Made in China on the floors in shopping centers there.

Back to the bottom line. Besides the quartzites, marble and soapstone in processed form also yielded good results, as did varieties of quartz.

Here Chiodi himself points out a weakness in his analyses: the statistics of Brazil’s authorities, which he uses, do not really distinguish between semi-finished products (raw slabs) and finished products.

As he has done so many times before, Chiodi again tells Brazil’s export companies to put more effort into final products in this annual statistic. “Above the export threshold of 1 billion US-S, Brazil will only be able to establish itself if it increases the share of higher-value products in total exports. “