Nature in the Quarry: an active quarrying zone can be a Garden of Eden especially for pioneering animal and plant species 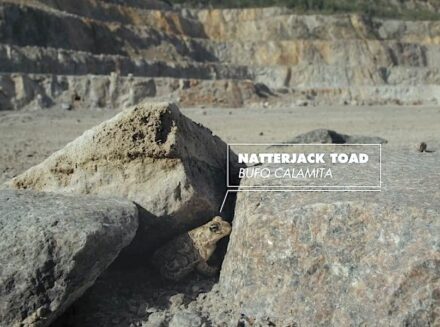 In the “Life in Quarries“ project in Belgium, measures have been developed to facilitate the establishment of rare species with little effort

Time and again we read reports of quarries destroying natural habitats and environments of wild animals and rare plants. But on the contrary – we will report informally on several cases, in which endangered flora and fauna had made an ACTIVE quarry their new home.

When talking about nature in the ACTIVE quarry, one should not expect blooming green spaces with countless animal species. After all, in the quarrying area, man digs into the rock and a lot of scree and dust is released. However, these are precisely the conditions in which certain animals and plants find their habitats – they are the so-called pioneer species. They are adapted to extreme food shortages and also to temporary drought.

Normally, they make their home where there has been a catastrophe in a landscape: a landslide has fallen, a spring has dried up, a bushfire has burned everything.

Such zones, however, no longer exist in our cleared landscape with today’s agriculture.

The “Life in Quarries“ project in Belgium has now investigated what measures can be taken to promote the establishment of pioneer species in active quarries for both crushed stone and ornamental stone. The project involved FEDIEX (Fédération de l’Industrie Extractive et Transformatrice de Belgique), the Walloon Region, the University of Liège-Gembloux, the nature conservation organization Natagora and the Plaines de l’Escout National Park.

In total, 14 companies with 24 quarries participated.

Measures were formulated and tried out in 2 stages from 2015 to 2020. At the end, the findings were also transferred to sites outside the project. The project had a budget of €5 million. Of this, 56% came from the EU Commission, 21% from the industry, 20% from the region and 3% from the other stakeholders.

The results are now available – and they are not spectacular. Central aspects are:
* small considerations instead of big actions;
* awareness raising among employees, since they are the actors in the quarry;
* synchronization between quarrying and nature, in the project called “dynamic management of biodiversity“: if quarrying stops in one zone in a quarry, substance from another inactive zone is transferred there in winter. 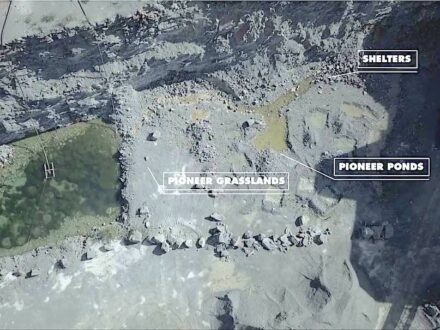 Broadly speaking, the same concept is followed as that by which nature itself is organized: animals and plants are closely coordinated with each other, and mesh like cogwheels. Although they eat each other, no living creature destroys the habitat of the other.

Live and let live, is the motto.

A few practical action items:
* Rubble is an important habitat for the wall lizard (Podarcis muralis), for example. In just a few steps, the quarry workers can push together the lumps of rubble lying around to form scree heaps. These are the habitat for the non-poisonous smooth snake, which in turn hunts the lizards. The goal is always diversity, as everywhere in the concept: in addition to boulder piles, elongated fills should also be designed.
* Variety also applies to watering places. The possibilities here range from ruts left by heavy wheel loaders, filled with water and used by various toads for spawning, to temporary or permanent pools. What’s more: if a larger lake has formed, the rim should be sloped so that reeds can grow. And: floating islands seem like an unusual idea at first glance, but they just follow nature’s basic plan that every open spot is a habitat for some species.
* In most cases, management is limited to defining an area as habitat and then just leaving it alone. Such an area can be easily demarcated from normal operations with a few boulders.
* Collapsed walls of stone powder into which they can dig their breeding burrows are ideal for the bank swallows (Ptyonoprogne rupestris).
* Valuable habitat is also provided by piles of dead wood.

Emotional rapture is not the guiding principle of all these measures, rather sober mining logic applies: a toad wandering outside the protection zone runs the risk of being flattened by the wheel loader. 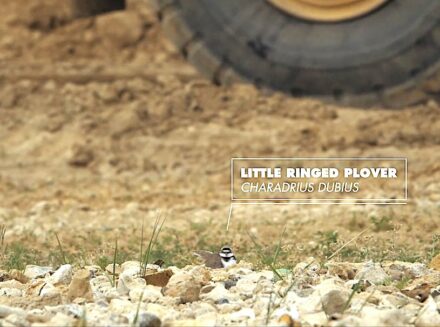 The proposals developed in the project were not only formulated theoretically, but also implemented immediately. Thus, from the very beginning of the project, there were concrete objectives, such as: to create a certain number of meters of scree. Finally, it was checked whether and how the goals were achieved, as can be read on the webpage.

Francis Tourneur, secretary general of the Pierres et Marbres de Wallonie association, lists the reasons why member companies took part in the project: “Our quarries have always been interested in the valorization of water and the preservation of biodiversity. Participating in this project was a good way to demonstrate to everybody that quarries can perfectly be integrated into the ecosystem.”

The basis of the project was a new view of nature and landscape, as it has prevailed in the last 30 years: environmentalists, too, no longer strive for a diffuse naturalness, but for a “real partnership between men and nature,” as it says in a video about the project.

For what today appears as nature in Central Europe, for example, is essentially shaped by man: without his economic activities, the landscape from Poland to the Atlantic would be covered with dense forests. Only man created the wide and open spaces in which the corresponding animal and plant species could settle.

Final question: why does the concept of measures not address the question of how the pioneer species are supposed to get into the quarry?

Answer: because nature does it itself: Insects can fly, toad eggs travel in the feathers of waterfowl, plant seeds can be dispersed by the wind. Many offspring of a species are constantly searching for new habitats. Only a few of them manage to establish themselves elsewhere.