DK House by Rab architects: a monolith with travertine cladding as a “critical tribute“ to traditional building methods in Lebanon 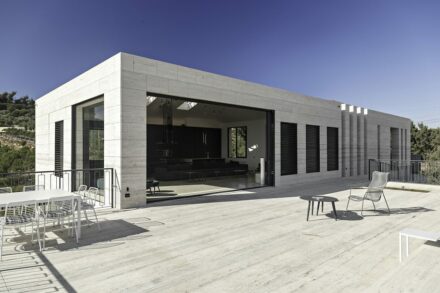 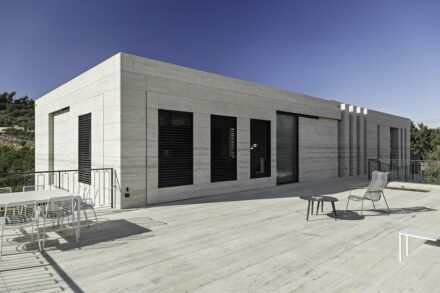 At the listed site of Deir el Qamar, the planners have placed a modern building with distant views and openness to the landscape

“Evolving from a critical appreciation of the village’s traditional vernacular, the design flirts with its landscape and at times challenges it,“ the architects of Rab architects write about the house called DK House, which they built in the village of Deir el Qamar in Lebanon. It is important to know that this village, not far from Beirut, is one of the jewels of the country: its center is protected as a historic monument and is characterized by traditional stone construction with narrow streets along the slope.

By “critical appreciation“ it is meant that the traditional building style in the area should be reflected in the modern house, but at the same time the architects wanted to use the possibilities of modern building.

Limestone was formerly the typical building material quarried in the area. In the DK House, it is sandblasted travertine from Italy. The reason for this is that the architects wanted to use the structures in this stone to design the exterior walls – in particular, the dark bands that run practically around the entire house create the desired image of a monolithic building. 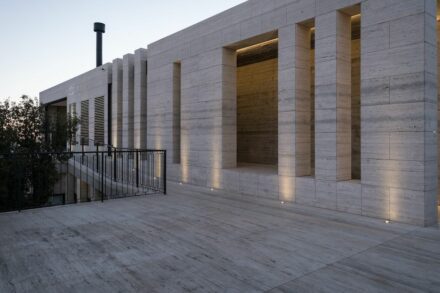 Louai Nouaihed of the architecture firm points out that in Deir el Qamar, as elsewhere in Lebanon, there have always been major influences from Europe, for example in the 17th and 18th centuries in the form of stylistic elements from Tuscany or in the form of the red roof tiles from Marseille.

The traditional construction method of double external stone walls for the purpose of temperature insulation is found again in the DK House in the form of the ventilated façade with 3 cm thick travertine slabs in front of the reinforced concrete walls. 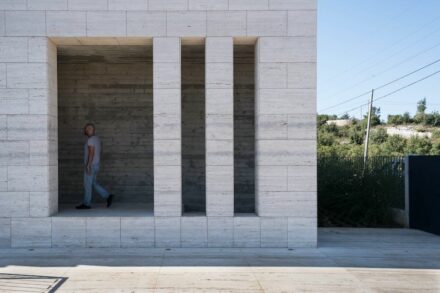 The traditional arcades, which can be found as arches everywhere in the village, are only hinted at in the new building – at DK House everything is rectangular.

Even more: while the houses, as usual around the Mediterranean, seem to duck into the slopes and close themselves off from the heat of the sun, the new building presents itself with an openness that is almost intoxicating. The architects wrote that the idea was to “open it up to celebrate the landscape”.

A central idea here is the two exterior walls on the top floor, which can be moved (see photos at top). One has to imagine the daily experience for the residents when they not only open the windows in the morning freshness but push the walls wide open to enjoy the panorama. In a separate text in our series named “Stone Detail”, we will go into some of the technical issues associated with such movable constructions with natural stone.

The relationship to the landscape was a particular concern for the architects. Thus, the inside is connected to the outside not only by the sliding walls, but also by a uniform travertine floor.

The design of the interior spaces is also open and flexible. This is evident in the living room, which is a continuous space that includes a kitchen island and a large dining table, and equally in the master bedroom and bathroom: the bathtub and shower are separated only by a glass pane with a curtain.

Everywhere open windows or doors with views over the landscape. 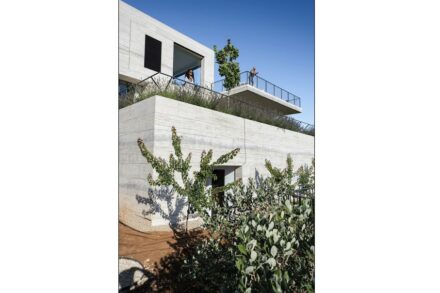 The total living space on 3 floors on the slope is 900 m². The natural stone is Silver Crema travertine, supplied by the Lebanese company GAF & Co. 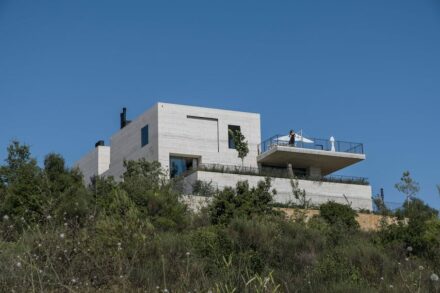 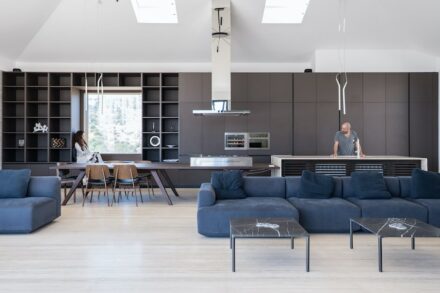 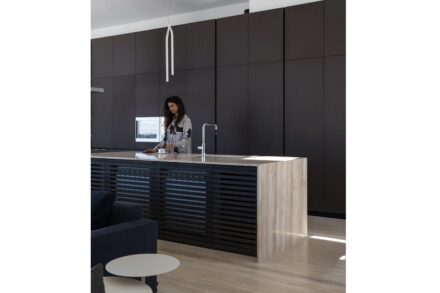 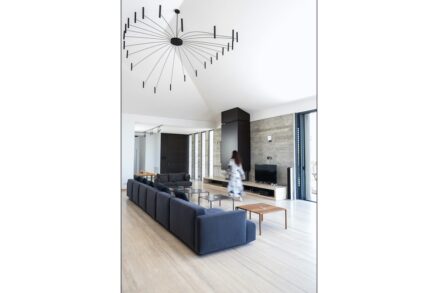 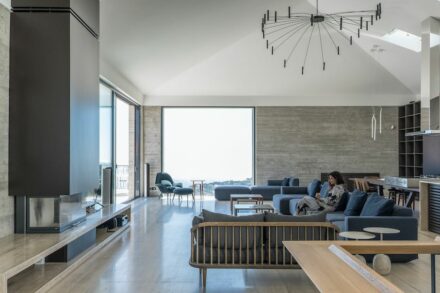 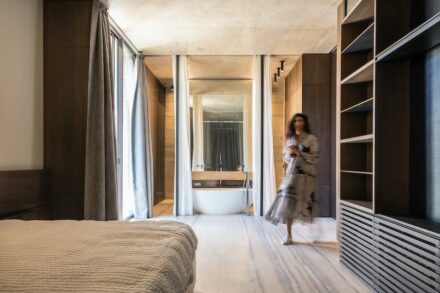 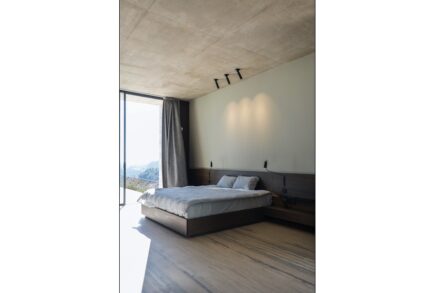