Salvatori “The Village“: 7 international architects and designers create responses to the Corona pandemic and lockdown at the invitation of the Italian company 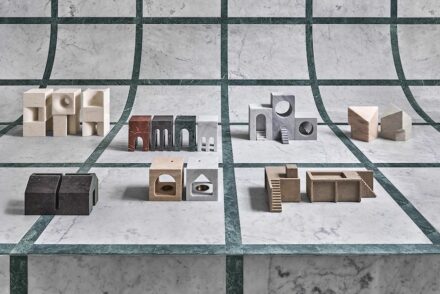 The Italian company Salvatori is known for its experimental approach when it comes to design – often resulting in unusual ideas for everyday objects. Occasionally, however, the objects detach themselves entirely from the requirement of usability and become nothing more than art or tools for self-representation. Occasionally, however, Salvatori and his designers recognize trends long before the public notices them: this was the case, for example, with Lithoverde, in which the company glued together leftover pieces from the processing of marble into a once quite innovative material as early as 2011 (see link below).

Who can be surprised that company CEO Gabrielle Salvatori has also been involved with the Corona pandemic? Just as artists have taken the pandemic and lockdown as a theme for works, the natural stone company based in Querceta (Lucca province) invited 7 internationally renowned designers and architects to address the question of home.

Specifically, the task was to create one or more houses in sandbox format, depicting the home as a place of retreat or a safe haven, for example, or to address the unpredictability of world events. Those invited were free to design their own. In the end, all the ideas were to come together to form a global village – “The Village“ was thus the overall title of the project.

All the works had in common that they were made of natural stone, which is one of the oldest materials in all cultures. One of the cottages was made of cement. The objects’ height was between 8 and 24 cm.

We show five of the works. Two had already been presented in another report, linked below. 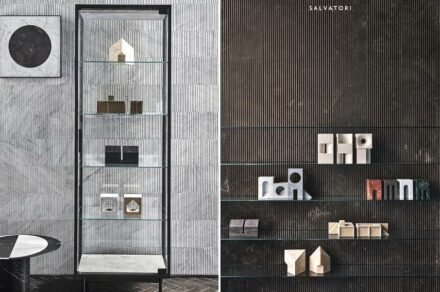 The cottages are priced at 580 € per set, making them collectors’ items. We add: you can also give some of them as a kit for adults to relax – for new and other stressful situations. 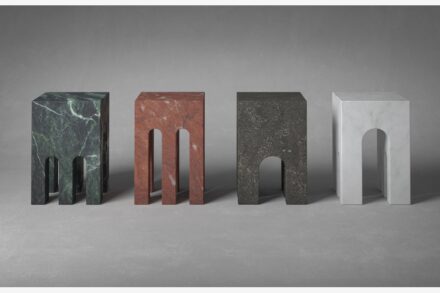 Novecento by architect Rodolfo Dordoni: “My contribution to The Village originates, between playfulness and rationality, from the combination of architecture, sculpture and design. It is an homage to our history and story.” Marbles Verde Alpi, Bianco Carrara and Rosso Collemandina and Limestone Pietra d’Avola (2nd from right). 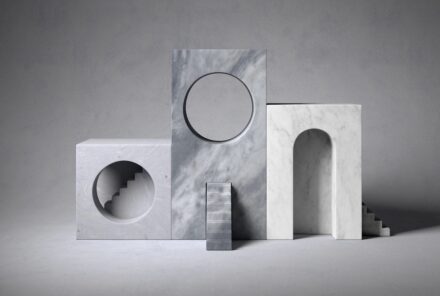 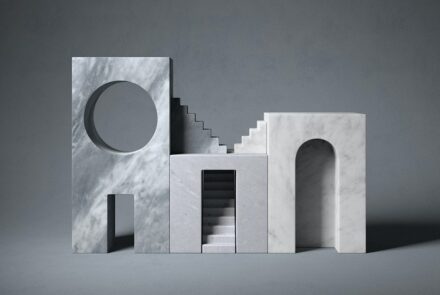 Utopia by Elisa Ossino: “For me, it is incredibly stimulating to have the chance to create objects that will be reproduced in certain quantities, but at the same each will be unique. The beauty of stone, and what makes it so fascinating, is the fact that it can’t be replicated. Every block has its own completely unique colours and veining.” Marbles Bianco Carrara, Grigio Versilia and Palissandro Bluette. 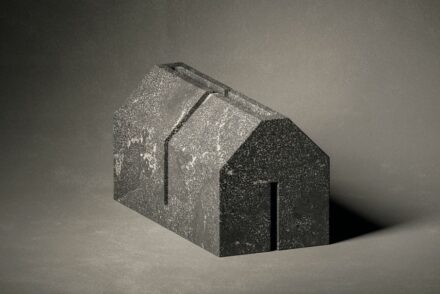 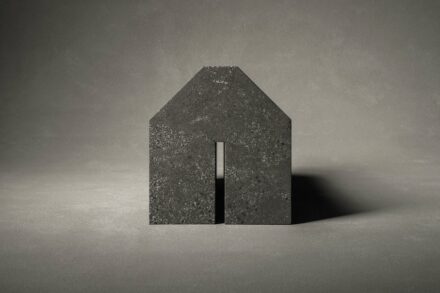 House of Stone by John Pawson: “For my contribution to The Village I wanted to create a volume that is both absolutely simple and deeply evocative. House of Stone is an archetypal form in miniature, stripped of every extraneous detail. Over the past year, many of us have spent unusual amounts of time at home. The object I have made is an expression of the iconography of home taught to us in childhood – or at least one version of it.” Pietra d’Avola limestone. 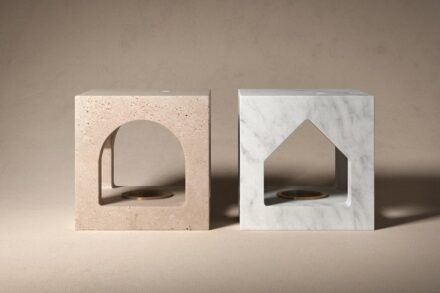 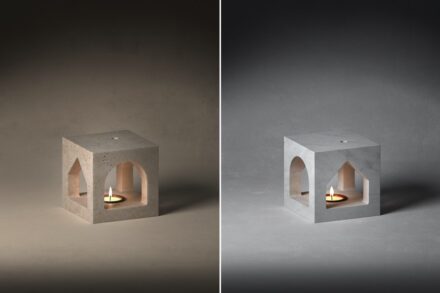 MA House by Kengo Kuma: “Our concept design for The Village wanted to go beyond the idea of the a ‘house shape‘ of a certain interest or attractiveness that could be done with any material. It was more appealing to us to think about the potential of the natural stone, and carving was the natural process we ended up with. The shape was the least important aspect and therefore we just took simple childish-like silhouettes that universally recall the image of a house.” Light Travertine and Bianco Carrara marble. 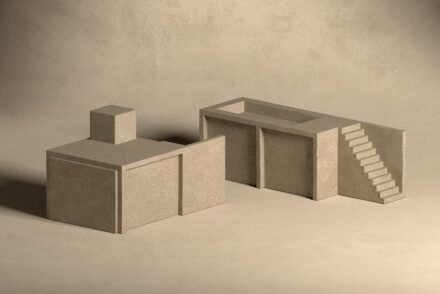 Casa M by Belgian designer Vincent Van Duysen, closed, secure spaces that are the perfect antidote to uncertainty and worry transmit a feeling of tranquillity and comfort, accentuated by the warm tones of Havana-coloured cement. “My mini houses were born out of my appreciation of my house in Portugal. They represent an abstraction of that project which I consider like a sanctuary.”