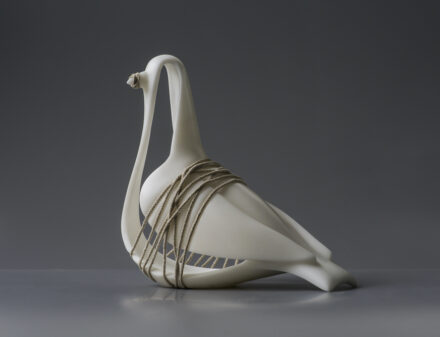 On February 24, 2022, Russia’s President Putin attacked Ukraine by military means and started a war against the neighboring country. On March 08, on our websites and social media, we had called on artists worldwide to send us a photo of a sculpture on the theme or any other artistic commentary on it.

Below are some of the images we received. Yesterday, we had published more.

Greek Sculptor John Bizas wrote about his work “Detained“ made of marble (photo above): “The sculpture shows the status of peace in periods as the one we currently live in: detained, not able to spread its wings, it has to suffer the fetters of a war that some people decided to impose: gagged, not able to speak out about what is going on, it silently has to suffer censorship.“
https://www.johnbizas.com/ 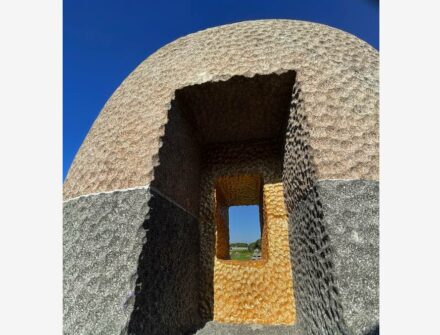 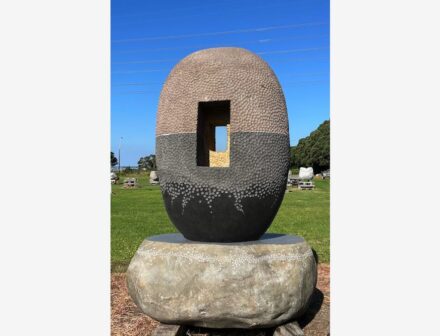 Renate Verbrugge from New Zealand sent us this photo of her work “The golden window to peace“ (140 x 100 x 80 cm), which she just finished: “The two colors of Taranaki andesite represent the two countries. The internal window is painted in gold paint, representing the only way to peace: through respect, diplomacy and the understanding that all people deserve peace and freedom.“
http://www.renateverbrugge.com/ 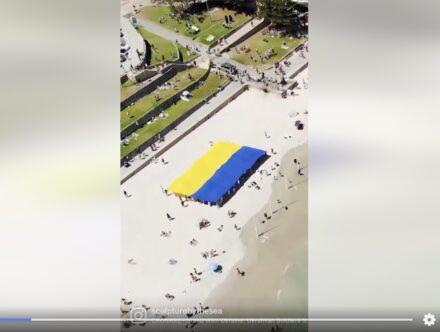 During the “Sculpture by the Sea“ festival 2022 at Cottesloe, a suburb of Perth, Western Australia, artists rolled out the Ukrainian flag on the beach to express their support for the Ukrainian people. The event is a yearly show of international sculptors‘ works at the coast of the Indian ocean (1, 2). 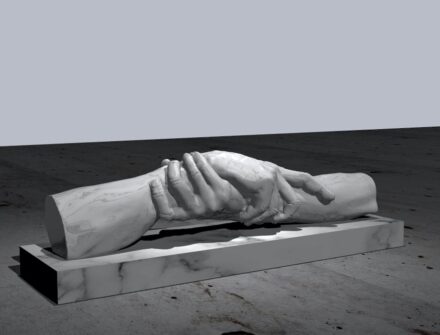 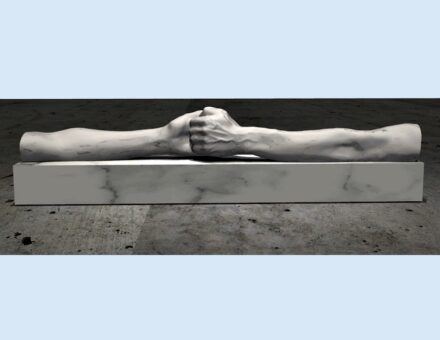 Bahman Chegeni, 3D artist and stone sculptor from Iran, sent us 2 renderings symbolizing the cohesion of people. “I wish peace to the country and the Ukrainian people,“ he wrote.
(Mail) 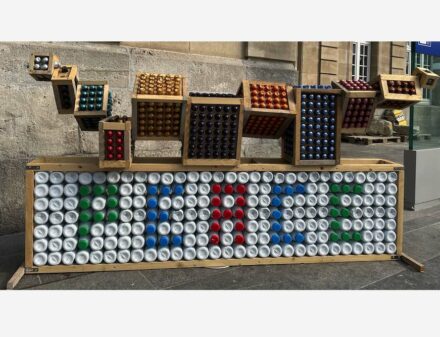 Belgian sculptor Jorg van Daele is a well-known participant at symposiums around the world. He calls it his “World Tour Sculptures for Peace“. The photo is from the Gare Art Symposium 2021 in Luxembourg. Used was recycled material.
http://www.jorgvandaele.be/ 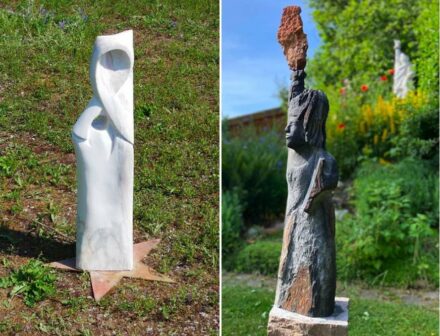 Alfred Mevissen from Germany has started the sculpture trail “Art Moves Europe“, where artists from different countries create a connection across the continent with their works on the values of the European Union. He sent us photos of 2 of his works: “Solidarity“ (Rosario marble, 85 cm high, left) and “Freedom has no color“ (slate, 1 m high).
https://www.art-moves-europe.eu/ 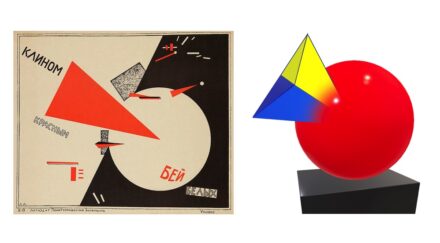 US-Sculptor Michael E. Yeaman’s idea is named „Beat the Russians with the Ukrainian Wedge“ referring to El Lissitzky‘s famous propaganda poster from 1919 ‚Beat the Whites with the Red Wedge‘. The original refers to the Russian Civil War between the communist Bolsheviks and the Whites. For a realization in stone Yeaman writes: „Have a large Red Granite sphere with wedge cut out of two equal sizes placed side by side; one of Lapis Lazuli and one of Yellow Calcite plunging into the granite, the entire composition balanced to stone upright“.
https://www.stone-ideas.com/91179/us-sculptor-michael-yeaman/