Salone del Mobile 2022 (1): The Wild Stones with bold colors and eye-catching structures have found their way into the world of furniture 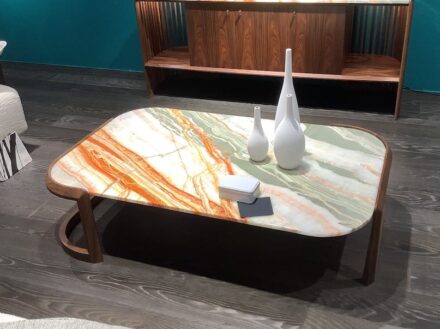 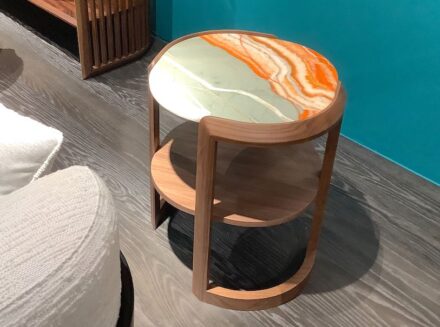 Exotic quartzites and granites, as well as onyxes, were used in large numbers for the first time in the exhibits at the 2022 Milan Furniture Fair

Designers have gone wild. This could be drawn as a conclusion of the world’s largest furniture fair Salone del Mobile 2022 (07 – 12 June) in Milan – at least as far as the use of natural stone is concerned. It has been part of exclusive furniture for many years, for example in the form of marble tabletops, and for about 10 years we have found it there in ever new combinations, most recently often together with wood, metal, or glass.

But Salone Stone showed itself with a new face, namely with the bright colors and striking structures that characterize the exotic granites or quartzites from Brazil and similarly the onyxes, especially from Turkey, Iran, or India. They were shown not only, as was the norm thus far, in individual cases at the one or other booth, but with all large Italian manufacturers of the luxury segment, on the fair gathered in the halls 1 to 4. 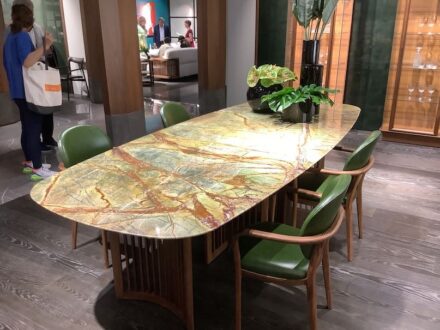 However, only the quartzites are real novelties on the natural stone market – so why weren’t the exotic granites or the onyxes so numerous in the furniture segment before?

We refer to the Italian company Antolini, which has created an exclusive dealer profile for a long time precisely with such varieties.

The reason is probably that furniture manufacturers are only now sure that a large number of customers want the Wild Stones. 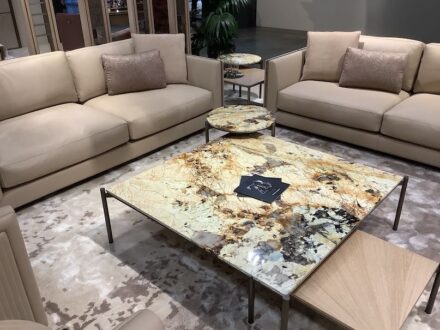 But what does this demand mean for interior designers and architects?

Until now, they had an easy job with the monochrome varieties, because you cannot go wrong with them: for example, with a large dining table with a top made of white Carrara marble, a room always looks good, no matter what else is there.

But now things are getting serious for the decorators. Because colorful stones and exciting structures want to be carefully coordinated with the other pieces of furniture and the overall decor.

Does the emergence of wild varieties mean, in turn, that demand for white marble, for example, will decline – e.g., Carrara from Italy, Thassos from Greece, or Macael from Spain, to name just a few names? 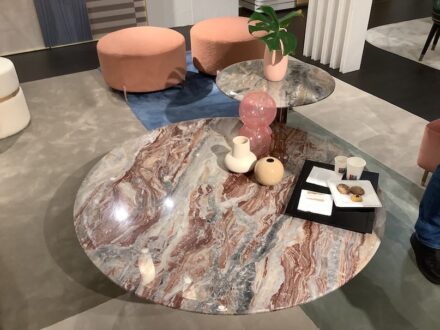 We think no. Natural stone, whether white or black, or monochrome, has stood for style and supreme luxury since ancient times, and we see no reason why that should change now.

It is much more likely that the new avant-garde will appeal to a new group of buyers for natural stone – these are the people with money, who place excellent value on individual appearance in their self-expression and who want to stand out.

So overall, Salone del Mobile 2022 brought an update to natural stone: finally, its diversity has arrived in design.

We show some of the stands with Wild Stones. In a second report, we will provide the show’s visitor numbers and more (see first link below). 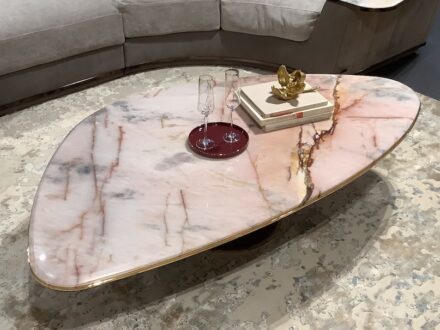 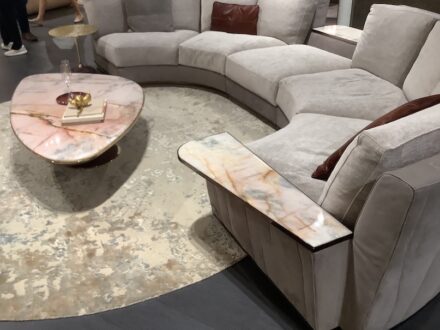 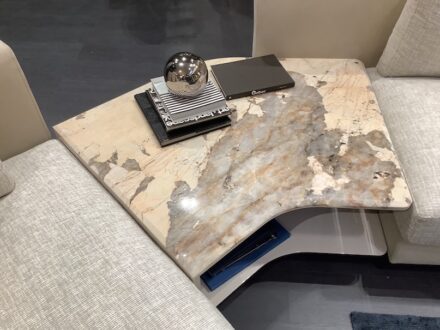 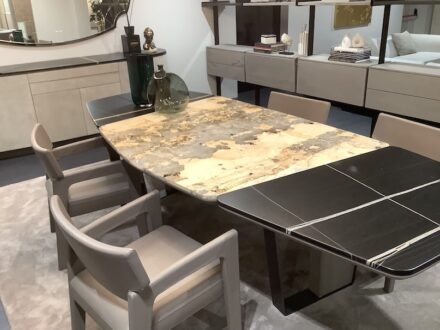 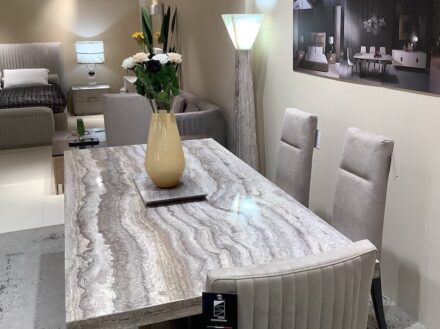 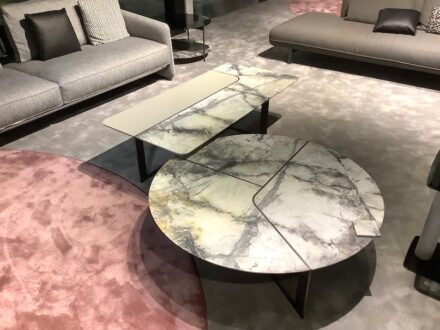 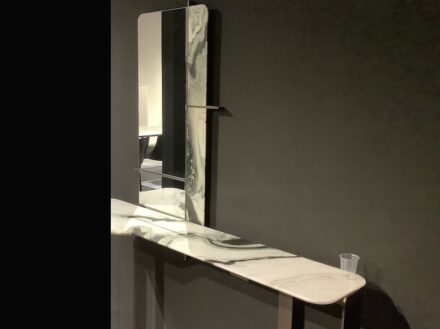