Topping the list of 20 cities worldwide with the most rich and super-rich is N.Y.C. 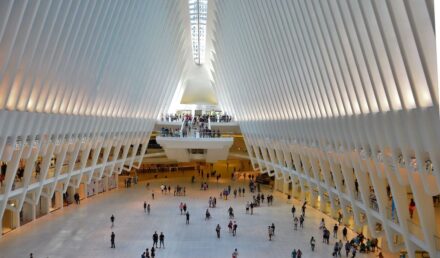 The new study by market researchers at World Wealth, together with Henley & Partners, also asks which centers will rise in the near future

A significant target audience for the natural stone industry is the upper middle class, but a significant percentage of sales are also made to the wealthy and super-rich. In this respect, large cities are particularly interesting for stone suppliers and processors, especially since there is also a great demand from the regions immediately surrounding them.

The South African market researchers at World Wealth, together with Henley & Partners (a global residence and citizenship planning firm), have now compiled a ranking of the cities with the richest citizens. World Wealth generally analyzes the proportion of millionaires and billionaires in a population as an indication of how a country is doing in terms of stability, economic reliability, and prospects for the near future.

By N.Y.C., it means the boroughs of (in alphabetical order) Bronx, Brooklyn, Manhattan, Queens, and Staten Island.

The study’s authors also take a look at the immediate area, namely Greenwich, Great Neck, Sands Point and Old Westbury. “If these towns were included in our New York City figures, then billionaire numbers in the combined city would exceed 120,“ they write.

Overall, the U.S. dominates the list of richest cities: six are located there. Switzerland has two, and eight are found in the Asia-Pacific region.

As part of their analysis, the market researchers also ranked those cities for which they expect the fastest growth in the number of rich and super-rich in the coming years. Dubai, Mumbai (India) and Shenzhen (China) are singled out here. They are expected to join the top twenty by 2030.

In the current look back at H1 2022, the winners in terms of growth in the rich were particularly cities with strong oil and gas industries, namely Riyadh, Sharjah, Dubai, Luanda, Abu Dhabi, Doha, and Lagos. The United Arab Emirates in particular benefited from the rapid rise in prices.

Lugano in Italy is popular among the rich, especially from Europe, as a retreat for pensioners.

Bengaluru in India, known as the “Garden City“ or “Silicon Valley of India,“ is prized by millionaires for its investment opportunities.

Lisbon attracts rich people not only from Brazil, but from all over the world.