India ranks 11th in the world as a sales market for luxury products, with sales of around US$15 billion in 2021 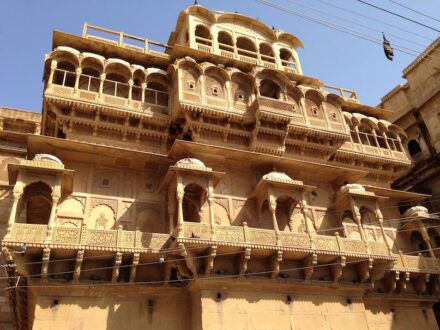 World Wealth Report market researchers assess the strength of a country’s economy by the potential for the rich and super-rich, not by the usual numbers

When looking globally at the private wealth held by citizens in a country, India ranks 6th, behind only the U.S., China, Japan, Germany, and the U.K., but ahead of France and Italy. This is one of the key findings of the “India Wealth Report 2021”. This method of analysis uses the wealth owned by the rich and super-rich, among others, in a population to determine the strength of an economy, rather than the usual data such as gross national product.

The method comes from market researchers at Johannesburg-based New World Wealth. According to them, the behavior of the rich can be used to determine exactly where the best investment opportunities and the greatest economic stability exist.

The analysis is based on the total amount of “equities, business interests, real estate, cash & bonds, collectables and alternatives,“ accumulated by a country’s citizens; it does not look at how this wealth is distributed among the population as a whole.

These findings also indicate how great the demand for luxury goods is in a country.

According to this, the total private wealth in India is US$3 trillion.

The country is home to some 352,00 super-rich, meaning millionaires and billionaires.

For the next 10 years, the market researchers expect the number of rich and super-rich in India to increase by about 80% to more than 600,000. “This should be fueled by strong growth in the local IT and financial services sectors,“ the report says. Already in the past decade, India had grown 63% in this area, surpassed only by Vietnam, China, and Mauritius.

In terms of luxury goods markets, India ranks 11th in the world and reached a volume of US$15 billion last year. Included here were cars, clothing and accessories, watches, private jets, yachts, and hotels.

In a ranking of India’s wealthiest cities, Mumbai ranks 1st (10th in the world). It is home to the stock exchange and numerous industries such as real estate and media. Delhi follows in 2nd place (with New Delhi as the seat of government and companies in construction, trade, and manufacturing). Behind it are Bangalore (IT, biotechnology, research), Kolkata (center for eastern India), Hyderabad (pharmaceuticals, IT), Pune (automobiles), Chennai (tourism, among others) and Gurgaon (IT and manufacturing).

For the researchers, a risk factor for the growth of India’s economy is that a large part of the population lives in poverty (47% compared to the global average of 35%), that in some places population density is extremely high, that India has so far been able to attract only a few multinational corporations, and that more rich and super-rich people are leaving the country than moving in.