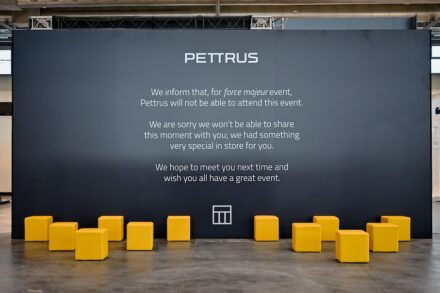 For the first time, the fair put a “green“ label on itself

The natural stone sector is doing well at the moment, this because of (!) Covid-19 and despite the many crises. Because: it has a “green“ material with favorable energy balances, and its competitors, i.e., ceramics and engineered stones, are currently doing really badly. This was also reflected in the number of visitors and exhibitors at the 56th Marmomac (September 27-30, 2022): about 47,000 visitors came to Verona, 132 of them (= 63%) from abroad. There were 1207 exhibitors from 47 countries (= 60.5%). This also showed the great international importance of the fair. It should also be taken into account in these figures that only a few exhibitors came from China and that buyers from Russia were practically absent. 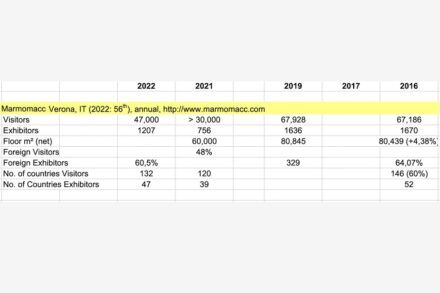 Looking at the printed catalog, it was possible to see how the international scene was repositioning itself after the omission of China as a super exporter of natural stone: Turkey had 151 entries, India 54, and Brazil 45. China, which once occupied an entire hall, presented itself with only 37 exhibitors.

The organizer Veronafiere must be praised for finally presenting the fair with a “green“ accent: for example, there was the initiative “Less Carpet More Trees“, in which there were 200 trees and hedges for the city of Verona to plant instead of the usual floor coverings in the halls. The show organizer, Veronafiere, thus saved 20 tons of material that would have inevitably ended up in the trash at the end of the show. 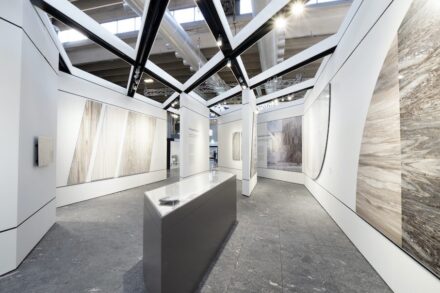 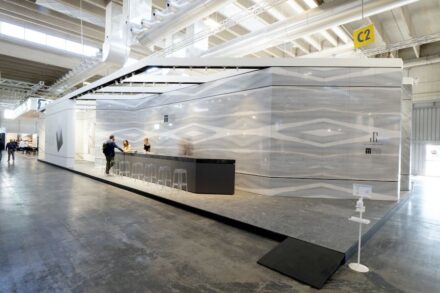 As in previous years, this Marmomac was also about bringing the fair and the city closer together. Several years ago, under the motto “Marmomacc and the City,” special stone objects were presented at various locations in the old city.

This time there was an invitation in the opposite direction: for visitors to the fair, the entrance fee to some museums was reduced to a symbolic one euro upon presentation of the fair pass.

Last year, conversely, a singing troupe from the city had enriched the fair with flash mob-style performances. 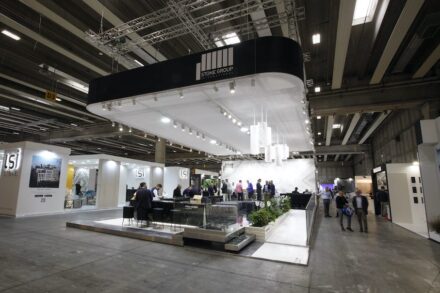 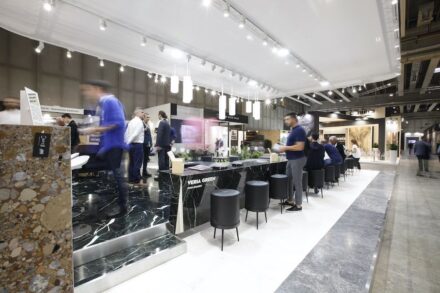 We would like to mention several items from the fair program:
* the Master of Stone was Craig Copland. The US architect, product designer and artist received the award “for having experimented boldly with futurist projects while interpreting the uniqueness and. ductility of marble and natural stone.” Other award winners were Pierluigi Testi, President of Testi Group, “for the entrepreneurial spirit applied in developing new market realities and commitment to promoting and safeguarding natural stone, with AS.MA.VE. and Confindustria“; Luca Todeschini, CEO of La Ponte Marmi, “for the enthusiasm and perseverance in guiding the family business, qualities also shared with the Young Business Group of the Valpantena Marble Consortium“; Elena Amadini, Exhibition Manager of the Stone & Design Area with Veronafiere, “for having built Marmomac, year after year, together with exhibitors, institutional and category partners, always with an eye to innovation for products and the exhibition format alike”;
* the Donne del Marmo (The Marble Women) presented the winner of their annual award: it went to Giordano Bruno Guerri, historian, editorial and museum director and since 2008 president of the Fondazione Il Vittoriale degli Italiani for the project “Reconquista.” Also named were 5 “Marble Ambassadors“ to bring the women’s activities to the public; 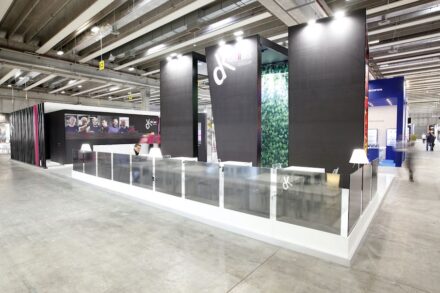 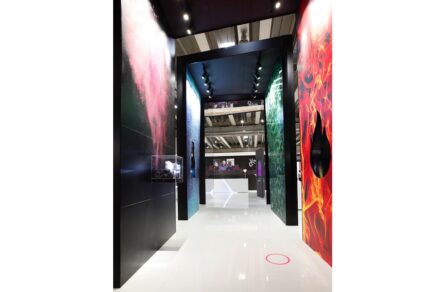 * the previous Best Communicator Award for outstanding design of an exhibition stand had been renamed New Best Communicator Award and now had the categories “Design“ and “Concept”, respectively for exhibitors from Italy or from abroad. Winners were Palissandro Marmi (Italy) and Dellas (Italy), and Stone Group International (Greece) and Fiorantina Stone (Spain), respectively. Two Special Mentions went to Tenax (Italy) and Pettrus Mineração (Brazil) – on top a photo of the awarded Pettrus booth, which actually did not exist because the company was unable to travel.

The fair describes the selection process of the New Best Communicator Award and names the jury members: “The jury – Aurelio Chinellato, Architect and lecturer in the Communication department at IUSVE, Marcello Cutino, Designer, President of the ADI Veneto and Trentino Alto Adige delegation, Loredana Mascheroni, Head of Editorial Staff at Domus, Jennifer Richinelli, Stone World Editor, and Camilla Bellini, Designer and design teller – began with the self-nominations received and then visited the various show halls before announcing the winners.“

For the first time, the fair was held from Tuesday to Friday (previously: Wednesday to Saturday). It will be the same next year.

We show photos of some booths that caught our eye, even if this time there were few new designs and hardly any opulent presentations 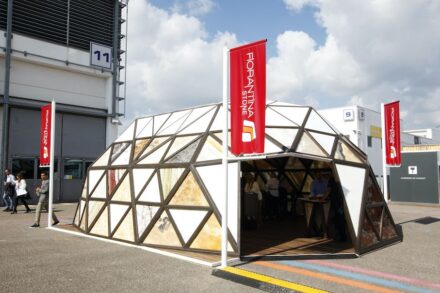 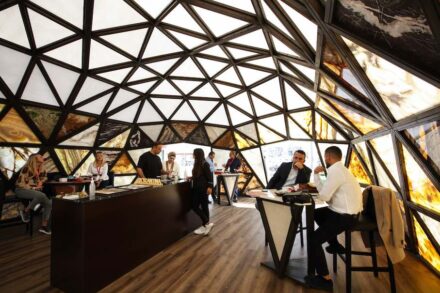 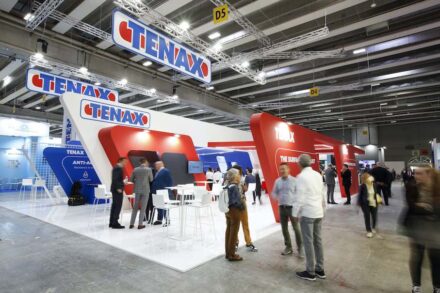 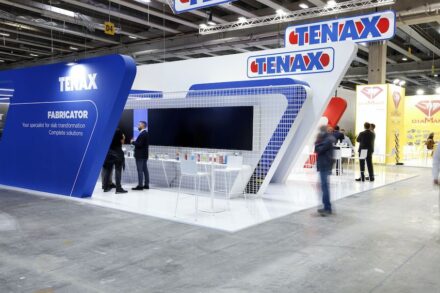