B612 Foundation: to keep the rocks from space away from the Earth 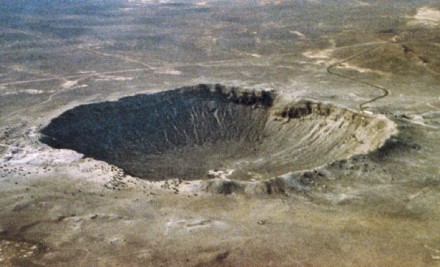 The fact that an asteroid hasn’t yet destroyed a city on earth is blind luck. Our planet has been hit „3-10 times more (often) than we previously thought” as stated Dr. Ed Lu, CEO and co-founder of the B612 Foundation. In a press conference the former astronaut agitated for the installation of a warning system in space.

Most of the „showers“ of celestial bodies constantly falling on the Earth are burned in the outer atmosphere. Only few of them can be perceived as shining lights, and less are so big to reach the curst of our planet.

But according to data from the nuclear weapons test warning network which monitors the atmosphere for infrasound signature of nuclear detonations we have been hit much more often then previously thought: Between 2000 and 2013, the network detected 26 explosions on Earth ranging in energy from 1 to 600 kilotons – all caused not by nuclear explosions, but rather by asteroid impacts. For comparison: the Hiroshima-atomic bomb exploded with an energy impact of 15 kilotons.

The B612 Foundation, named after the asteroid which was home to Saint-Exupéry’s „The Little Prince“, wants to track asteroids decades before they hit Earth, „allowing us to easily deflect them” according to Dr. Ed Lu. Together with Ball Aerospace, the Foundation wants to realize the „Sentinel Infrared Space Telescope Mission“: Sentinel would survey the space around the Earth from Venus-like orbit around the Sun using infrared technologies.

According to the Foundation, it could track 90 percent of the asteroids larger than 140 meters and as well a significant number of smaller asteroids down to a diameter of 30 meters. It would have a 6.5 year mission.

During the Press Conference, Tom Jones, four-time US Shuttle Astronaut and President of the Association of Space Explorers, explained the recent UN resolution calling for international cooperation for detection of dangerous asteroids.