P.O.Box’ designers gave a fluttering touch to the booth made of stone 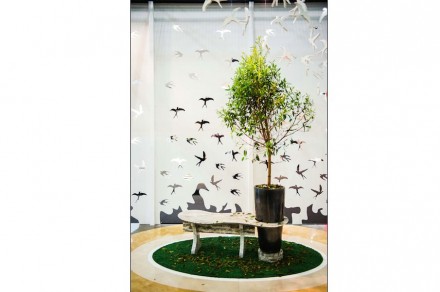 At the São Paulo’s Revestir Trade Fair Tamboré Mármores’ Company-stand was, as tradition would have it, an attraction. This year, designers of P.O.Box once again took charge of realizing the stand: design in full flight – an unusual idea for a presentation of natural stone. 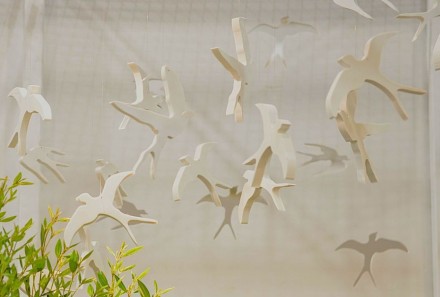 A combination of the idea by designer-tandem Sueli Garcia and Ila Rosete and Tamboré Mármores’ know-how made it possible: With the help of water-jet-technology cut-outs in the shape of flying swallows were extracted from the Silestone outer walls and reclaimed in form of mobile objects suspended from the ceiling. 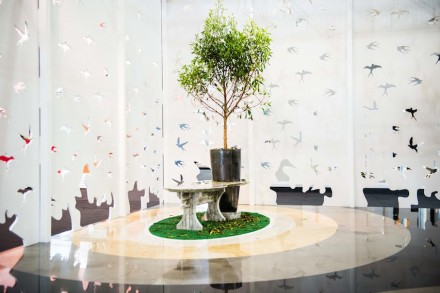 The arrangement was full of movement: the cut-outs lent an impression of lightness and allowed visitors to take a peek-a-boo look at the stands behind the walls. And moving along, the position of the décor also adapted to a changed perception of the interior.

„Lightness, delicacy and transcendence … in the minimalist style of a Zen garden“ was the theme according to Sueli Garcia as she writes in a mail. 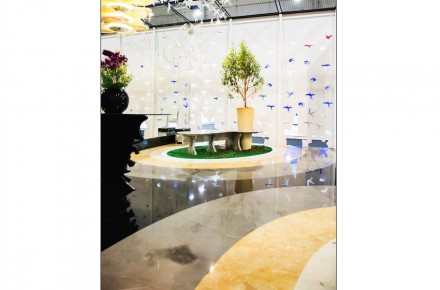 Note the flooring in the concentric circle giving a colorful accent next to the plants. The idea was to awaken the impression of a stone flung into a pond of water with ensuing ring-shaped ripples.

The name Revestir originating from Portuguese for „Cladding“ took place from March 11th to 14th 2014 for the 12th time in São Paulo’s Tansamerica Center. The fair welcomed some 51,000 visitors this year, 6% more than one year earlier. 240 exhibitors presented their wares. 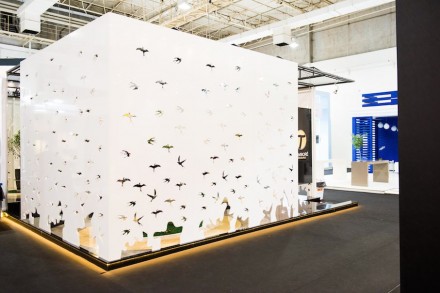 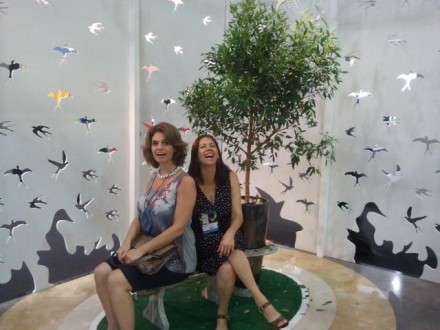