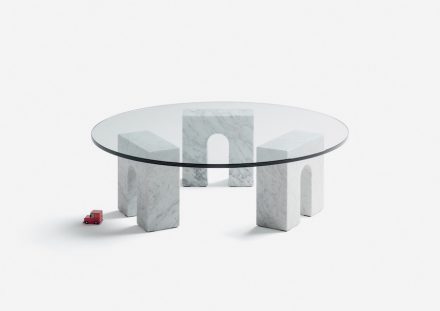 „Triumph-Table“ is the name, Aparentment Disseny Design Studio has given its latest piece of marble furniture. We had already shown and written about household products in natural stone (1, 2).

Canadian stone quarrier Polycor Inc. invests in France with the acquisition of four limestone quarries whose stones have been used to build the Louvre Museum or the base of the Eiffel Tower (1, 2).

The book „Beyond Bending“ gives all the details about the Armadillo Vault, a spectacular stone vault shown at the Biennale in Venice 2016. We had reported.

The sculptors’ school Scuola di Scultura in Peccia, Switzerland informs about its sculpting courses for professionals and beginners.

Plans to build a two mile long flood wall along the river Lune between Halton and Lancaster in the UK have been revealed. Natural stone shall be used in parts of the projects.

Sunken oil platforms may one day have the same ecological function as natural stone reefs, researcher Jonas Teilmann from Aarhus University writes in the international journal Frontiers in Ecology and the Environment (1, 2). 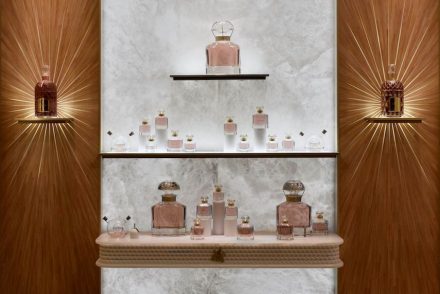 An ancient stone fountain is in the center of Michael Wang’s installation „The Drowned World“ for the Manifesta 12 in Palermo until November 04, 2018 (1, 2).

The recent series of deadly landslides in Hiroshima Prefecture may have been caused by construction in inappropriate areas where loose ground sits on granite bedrock.

Archaeologists have discovered an ancient temple inside the Teopanzolco pyramid 70 km south of Mexico City. Last September’s devastating earthquake had caused substantial rearrangement of the core of the pyramid which was now detected with radar check (1, Spanish).

Polish archaeologists have discovered the over 2,000 years old lost city of Bassania in Albania. Until now, its ruins had been considered to be natural rocks.

A webpage tells the story of altar stones in Christian churches.

The World Monument Fund has earmarked 1 million US-$ for the preservation of endangered sites and monuments, many of which are made of natural stone.

Video of the month: Antolini has made his presentations at Maison&Objet, Paris 2018 and IMM Cologne on the internet (1, 2).