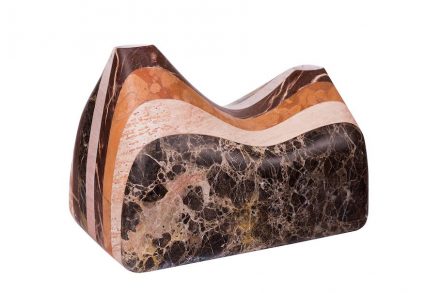 Waste is a truly innovative creation of mankind, hitherto unseen in nature. But since the Club of Rome publicized the imminent depletion of natural resources and their compendium of measures to minimize waste or maximize recycling, many designers have jumped on the bandwagon and developed concepts for using, reusing, reclaiming and recycling waste material.

The idea is to create new materials with modern technology.

„Lithoverde“, e.g., was the idea of Italian Salvatori Company dating back to 2011. Laminated strips of waste natural stone become table tops. Note that the newly created material was marketed as equivalent in value and under a name all its own (Lithos = Stone, verde = green).

We had already written about her lamps. 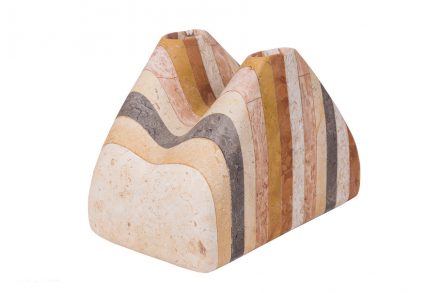 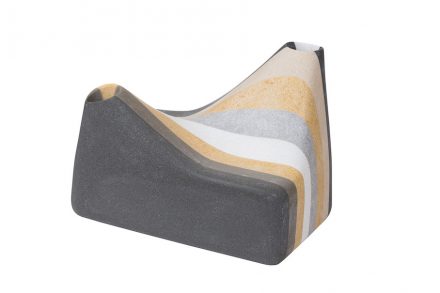 Her current collection of vases was first shown at Milan’s 2018 Salone Satellite in April, the Trade Fair for fledgling furniture-designers.

„Kutleh“ is the name Rula Yaghmour gives her material and also gave her studio. The name is Arabic and translates to Block – here a block not from the quarry but rather from her atelier.

As in the past, the colorful laminate definiens Kutleh. It does not appear in nature in this or similar form.
Implicitly Kutleh brings the current discussion on natural stone copies by engineered stone to a head. Her created material is, without a doubt, natural stone, yet it is created by man and not by nature. 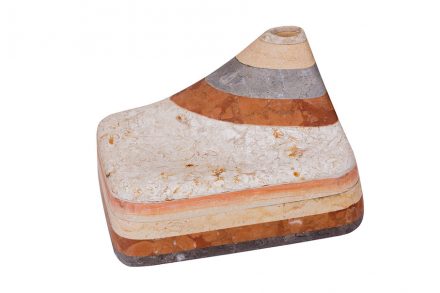 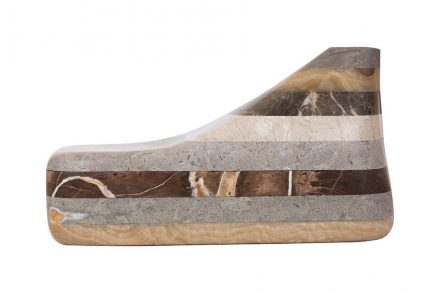 The vases are created from small blocks and have one or two peaks like tiny mountains. 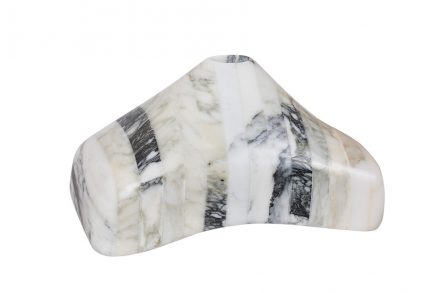 Rula Yaghmour uses mostly local stone but complements with imported waste from Aman-based A. W. Yasin and Sons Marble Company of Jordan. The family company, where Rula’s husband works, was founded in 1963.