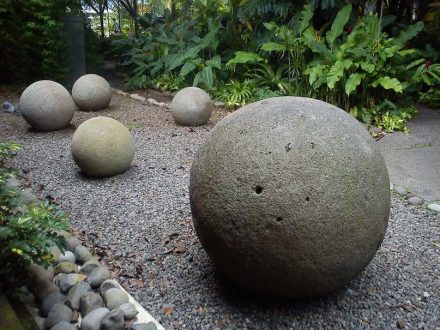 The Government of Costa Rica hopes to have the mysterious 300 stone spheres recognized as UNESCO World Heritage. A webpage reveals what researchers believe to have found out so far.

Geologists have long known that 42 of Stonehenge’s smaller stones, known as ,bluestones’, came from the Preseli hills in Pembrokeshire, West Wales. Now a new study by the University College London pinpoints the exact locations of two of these quarries and reveals when and how the stones had been quarried.

Fossils of a half-a-billion-year-old worm kept at the Smithsonian Institute in Washington DC. are now better understood by scientists.

On its webpage US-based World of Stone Company cleans up with 10 common misconceptions all around natural stone. 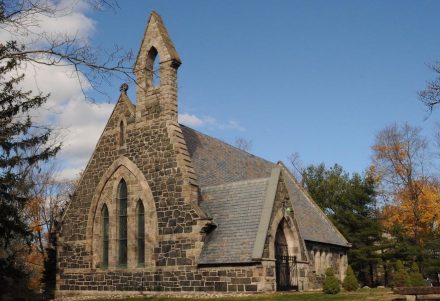 Alpine, in the US-State of New Jersey is home to a former church with stone walls. The building is listed as a World Heritage Site, but it is as yet unclear how it will be used later on. Some say that the community or its citizens will buy the property and rededicate it as a community center.

The island of Anjouan in the Indian Ocean is a former volcanic mountain and is therefore composed of dark stone – except for a mass of pure white quartzite, apparent remains of a river or a beach deposit. Scientists are trying to answer the questions where this stone comes from.

Supposing, the Aliens had visited Planet Earth and destroyed many famous buildings like in the film Independence Day – how could the remembrance of these monuments be preserved? The Archindependance Day-competition had invited Italian architects to develop concepts for their ancient stone buildings. The finalists present their ideas in videos (Italian).

The 2019 German Design Awards also went to a few ideas working with natural stone or in the periphery of stone. Designers from Mas Studio used marble with strong veins and even rough surface in some parts for the Takumi restaurant (1). While kitchen islands are usually getting longer and longer, „Cube“ by sio4 Küchen divided the mass into small cubes clad in natural stone (2). Studio neongrün designed a kitchen island for Poggenpohl which is meant to integrate into every household and seems to be hovering as it was lifted up (3). Rokstyle has created a grave light which intends to „leave a reworked positive overall impression“ (4).

Video of the Month: Hawaiian master stone carver is preserving history and the heritage of his forefathers.