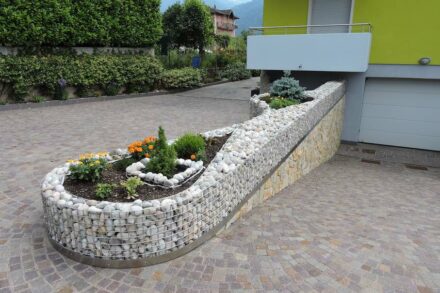 Gabions used to be just rectangular wire baskets filled with large pebbles, known as supports along motorways. In the meantime, suppliers have developed numerous variants, and the company Zanettin, based not far from Trento in northern Italy, is the leader in this field.

For some time now, their gabions have not only been dead straight, but can also be guided around curves. The latest version of this can be seen in the photo above: the customer wanted a little wall that would prevent children from falling down the slope to the garage, for example. At the same time, the material had to be related to the quarry stone cladding on the wall there and the paving on the floor, as well as providing space for planters. 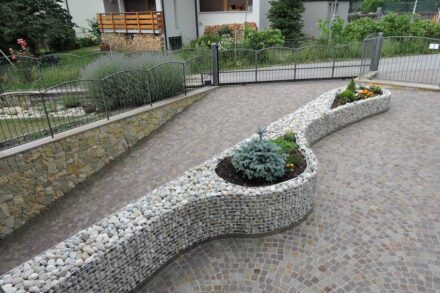 It must be said that gabions are not everyone’s cup of tea and have their followers among people who want to have it right. However, they do offer some advantages over a concrete wall, for example: insects and small animals find a habitat between the pebbles, and the wire baskets can be removed and moved at any time. They are much cheaper than dry walls made by hand.

The variety of stone types also allows for a play of colours.

Zanettin uses stainless steel (AISI 304L or AISI316L) for its gabions: the surface is pickled and stained and electro-polished to prevent dust from settling permanently. Stainless steel is known to be resistant to rust and durable even in chemically aggressive environments. 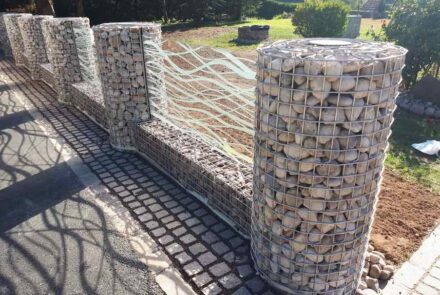 Garden walls are growing in popularity as a playground for the designers. 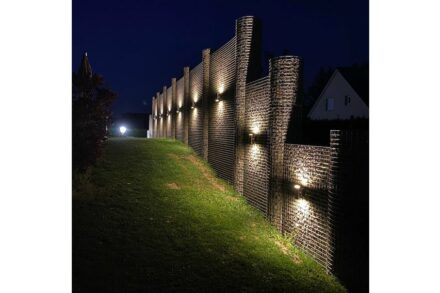 With lighting in the form of sidelights one can achieve dramatic effects. 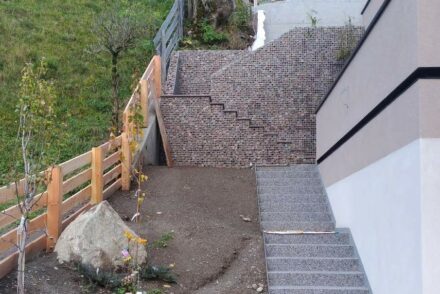 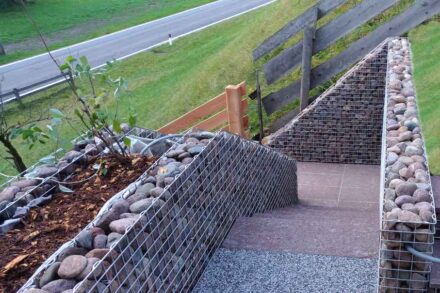 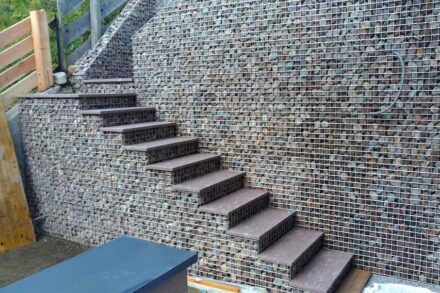 The photos show the combination of gabions as slope support and for stairs. Railings are also possible. 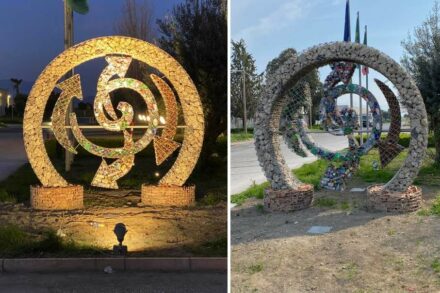 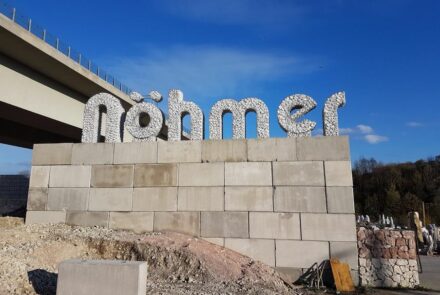 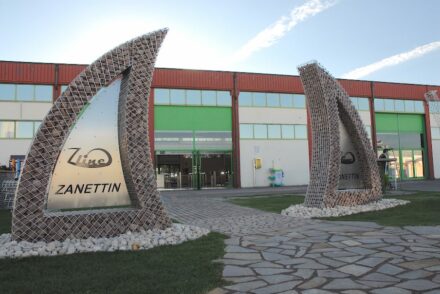 An innovation of the last years of Zanettin were company logos made of gabions. Practically everything is possible here. We show a few examples. 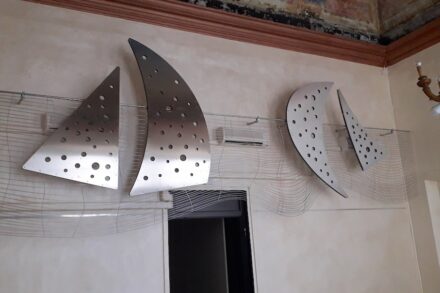 In addition to gabions, Zanettin also produces decorative elements made solely of stainless steel without stones.