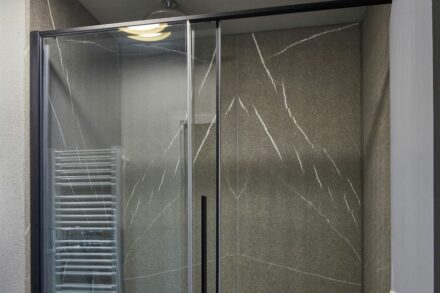 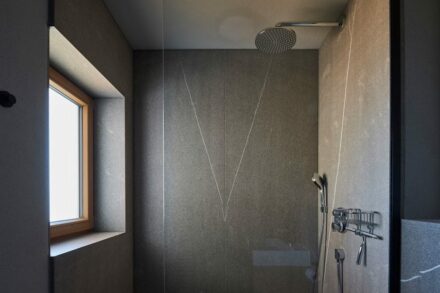 For the modernization of this vacation home in Germany on the northern edge of the Alps, the owner and interior designer chose Pietra Piasentina from Italy’s Fiaul region from the southern edge of the mountains. The limestone is characterized by great hardness and gray color with reddish marbling and with distinctive white veins. In this respect, it goes well with wood, which in the area is used as a material everywhere in the interior design, and also with modern kitchen furnishings. 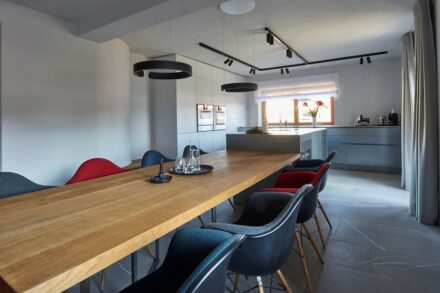 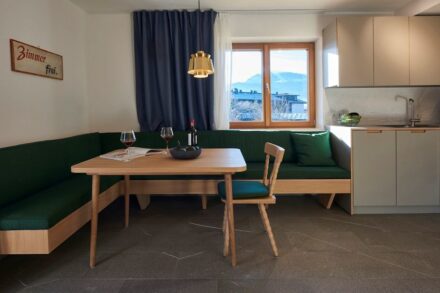 The supplier of the stone was the Italian company Julia Marmi. Interior designer was Mirko Ruppenstein.

The bathrooms in the house with several vacation apartments bear the stone both on the floors and on the walls. Highlights of the interior design and natural stone processing are the veins in the stone, composed in the manner of bookmatching 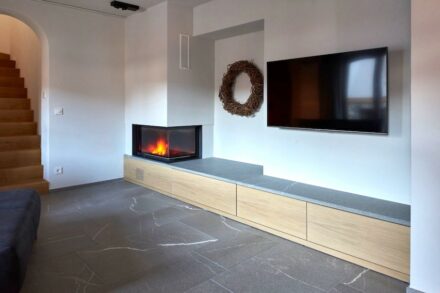 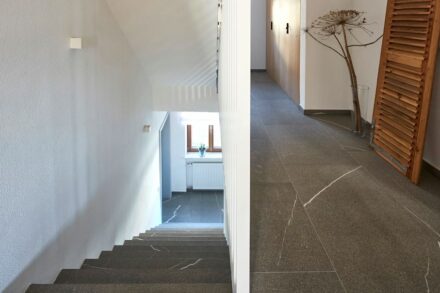 On the floors, and likewise in the shower trays, the stone is flamed, which gives it the necessary slip resistance.

It could also be used for the outdoor terraces around the house and the access because it is firstly frost resistant and secondly resistant to road salt. 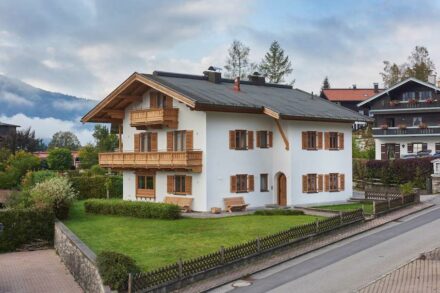 Other interior design highlights include the monolithic stone sink and the split-edge countertops in the bathrooms. Their massive appearance picks up on the pristine landscape in this tourist area near the border with Austria.

Pietra Piasentina limestone is quarried in northern Italy in a narrowly defined area not far from the border with Slovenia. For a long time, it has been used as a material in construction or for decorative elements. The name refers to the ancient expression “Una pietra che la piase“ (A stone that you like). 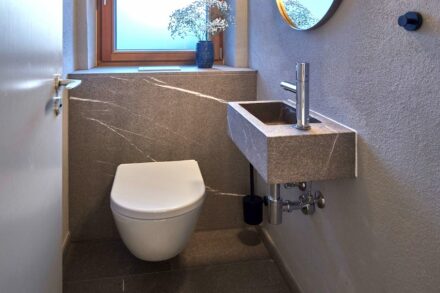 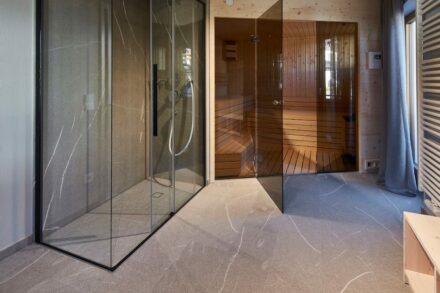 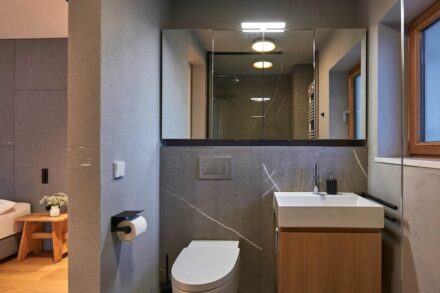 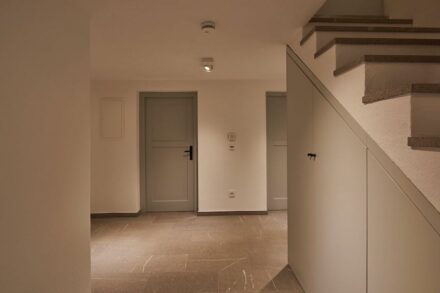 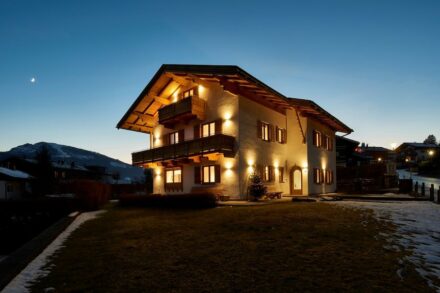