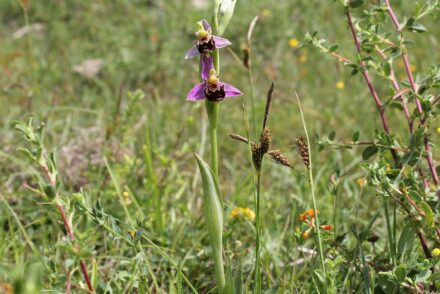 Researchers at the Austrian E.C.O. Institute for Ecology have developed the method

Both active and abandoned quarries can be valuable habitats. This has been shown by numerous research projects in the meantime. But: how can one measure the respective state of affairs and, derived from this, which measures are the best to prepare a quarry as a habitat for plants and animals?

The E.C.O. Institute for Ecology, located in Klagenfurt, Austria, has developed a method called the Long-Term Biodiversity Index (LBI). It is based on criteria that can be used to determine the state of diversity in flora and fauna in a quarry.

The method has several special features:
* it limits the analysis to a few marker species, because the totality of living beings in a terrain could not be counted at all and, moreover, such a count would always be only a snapshot;
* it makes time series possible so that changes can be followed over longer periods of time;
* it can be used to evaluate which measure had which effect. This is especially important for reclamations.

By making the goodwill of the quarry operators measurable in the results, the data can be credibly used in the company’s public relations work.

The index has now been used by various companies, most recently in the EU Interreg project “Cleanstone“. There, companies from Italy and Austria, among others, were looking for ways to reduce the ecological footprint of the stone industry.

It should be noted that the index is created on the computer, but it starts with on-site analysis, i.e., counting in the quarry. 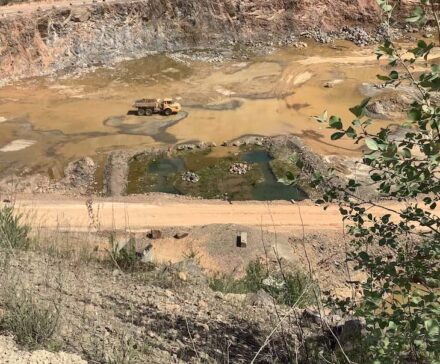 In essence, it is about the different habitats found on site. These can be, for example, wet or dry zones, warm or cold, nutrient-rich or nutrient-poor, and so on. The scientists know which plant and animal species are to be expected there, and therefore they only need to get to the bottom of things with random samples.

In a second step, they then add how large these zones are.

For animal species, the birds present serve as indicators. They provide information about the insects that crawl or buzz around. If the scientists want an even more precise analysis, they add spiders, bats, and reptiles.

To the untrained observer, this is a surprising method, because he or she would first wonder how plants or animals would find their way into a quarry in the first place. The answer: wind is one of the means by which species reliably disperse, others travel in the feathers of birds, and so on.

The index has proven effective in the Cleanstone project. There, two active quarries each in Italy and Austria were evaluated. 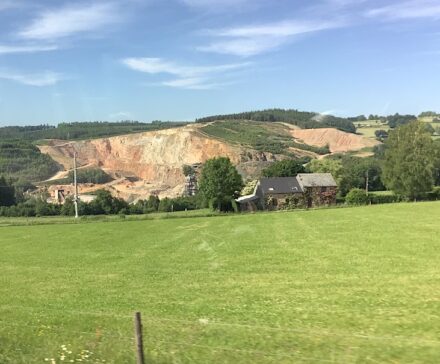 What is striking about the project report is that the E.C.O. researchers explicitly thank the employees of the quarry company Julia Marmi snc for their support and commitment to the maintenance of the former quarries.

The index can be used to evaluate both active quarries and reclamations. This is because it looks not only at the quarrying area but also at areas such as spoil heaps or infrastructure, i.e., everything that is within the operator’s sphere of influence.

The recommendations are usually less spectacular and cheap to implement: Sometimes they consist of pushing a pile of rocks together with a wheel loader, securing small water points, or greening areas.

But it is always about letting go – if an area in the break has been defined as a habitat for nature, it should be left to its own devices. Soon plant seeds and eggs of small animals come along with the help of natural rides and try to get a foothold there.

One conclusion from the Index’s findings is that a hole in the landscape, as stone quarrying inevitably tears, often actually develops a new ecological quality. “One of the quarries had more biodiversity after 20 years than the spruce forest that previously stood in its place, which is still growing next door,“ Köstl says.

For projects closer to home, E.C.O. researchers do the assessment themselves. Abroad, they work together with local partners.