Art: Architecture as a stonemason’s theme 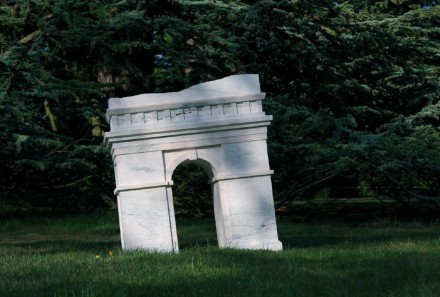 (February 2012) Much of his work has to do with architecture, he says, which is one of the reasons he lives in London. Sculptor Ekkehard Altenburger is concerned with the balance between buildings and their surrounding environment or between buildings and people. In „Fallen Arch“ e.g. he brings a miniature Arc-de-Triomphe to fall, and in the case of „Mirror house“ the Scottish coastline is mirrored on the surface. 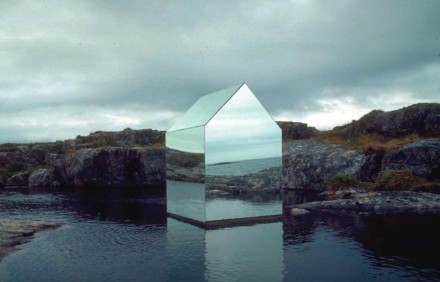 It was probably a long and stony path as might be assumed. Originally stemming from a distant farmyard near the Swiss-German boarder as one of 11 children. His first goal was to master a handicraft trade: and so he took on as a stonemason’s apprentice, was soon recognized as a quick and nimble worker and graduated as master of the trade in Cathedral stonemasonry in his mid twenties in southern Germany. This was, as it seemed, the end of the career line.

But he had simultaneously attended courses at an art academy where, during the work toward his masters’ diploma – a well-meaning teacher gave him a new orientation: „You must study; you’re out of place as a stone mason.“

Since Altenburger had anticipated moving away from southern Germany anyway, he applied at the art academy of Bremen in northern Germany. He was accepted via the special program for especially gifted students.

After 4 years he seemed to have reached the end of the career road once again. But instead of taking his exams he took on for another two years on a European Union scholarship and began to study at the Edinburgh College of Art in Scotland. He was fascinated by the sculptors’ scene in Great Britain and by the way artists handled stone.

He subsequently took his exams in Bremen and finally graduated as a master of art at Chelsea College in London.

Today he profits from the knowledge he gathered as a stone mason as he emphasises. But he does not only use stone for his projects. For some time now he has been interested in working with a combination of material with contrasting properties, e.g. with hard stone and rubber. 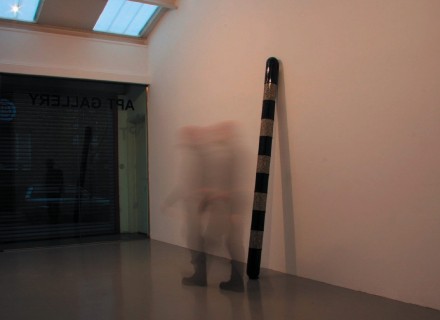 He also likes to experiment with surface design: often he has coated white Estremoz-marble from Portugal with red acrylic paint, e.g. in „Close up on pattern“. 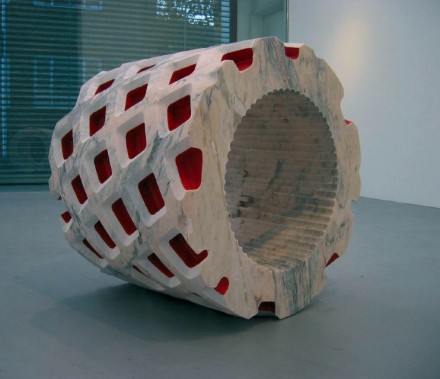 Altenburger is a member of the Royal British Society of Sculptors. 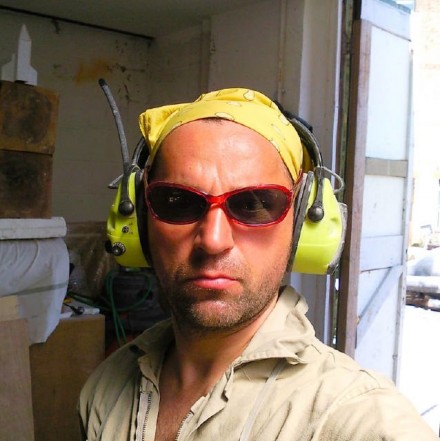