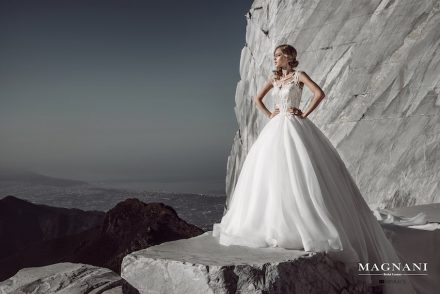 We recently reported on equestrian fashion in an Irish quarry. The fashion world was flashed by the rugged ambience of the quarry. The saga continues with a show of exclusive bridal wear between heaven and earth in Henraux Company’s Cave della Cervaiole quarry near Carrara.

The venue is the most spectacular quarry far and wide, situated in a height of 1150 m next to the peak of Monte Altissimo (1589 m) with a panorama view of the Apuan Alps all the way to the Gulf of Genua.
A fantastic world accessible to summer tourists on footpaths. 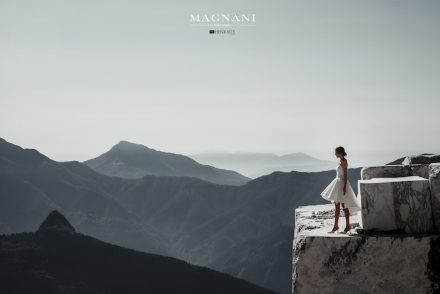 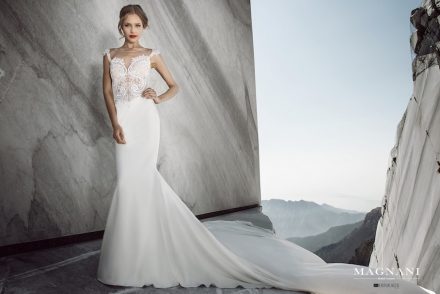 The bridal wear, too, is fantastic: opulence in finest silk and chiffon spread out over the quarry and worn by fragile, meticulously made up models in the midst of an ambiance reflecting the forces of nature of millions of years.

The photo-shooting was commissioned by Magnani Atelier Company to introduce its current collection. Magnani entertains over 80 representations and showrooms throughout Italy and has been designing fine bridal ware for over 60 years. „Passion, craftsmanship and technical knowhow, Made in Italy“ distinguish the company according to the company web page. Their credo: „to make this most wonderful day of your life truly unforgettable“.

Fzero’s photographers understood the power of juxtaposition of beauty, the rough world of stone and endlessness of the sky. They incorporated the contrast into their work, giving it a priceless added value. 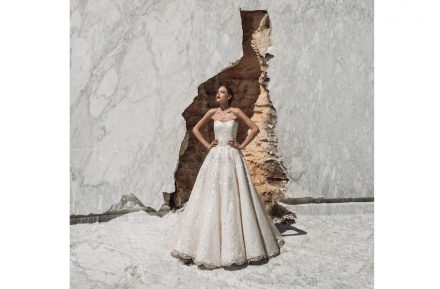 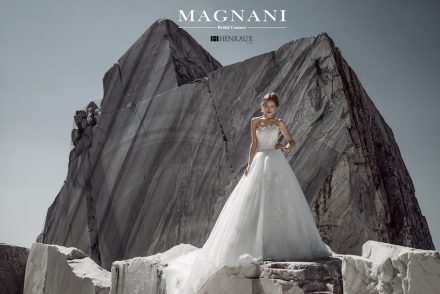 Henraux seldom approves the use of its quarries for artistic events according to the daily Il Terreno.

Gruppo Eleventy was the last to shoot a video of garments for ladies and gentlemen. Occasionally Henraux created art there, e.g. for the „Altissimo 2010/2011“ symposium or for the Giovanny Allevi Concert with Rabarama in 2013.