(March 2012) Contrasts determine the mood of Ávila’s new Centro de Congresos e Exposiciones (congress and expo-centre) in Spain: a very modern complex setting a stark contrast to the historic backdrop of the ancient city fortification responsible for the ranking of historic city centre of Ávila to that of Unesco World Cultural Heritage.

Contrast, too, within the group of buildings: whereas the congress centre itself consists of clean, simple shapes with right angles, the expo section is chock full of slants, nooks and crannies. 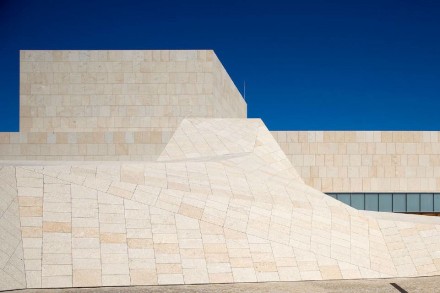 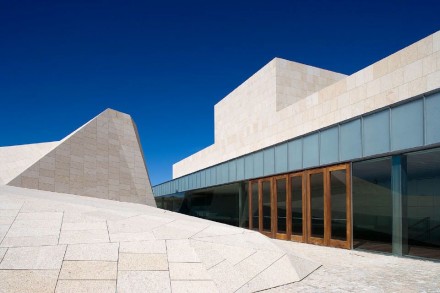 Architect responsible was Francisco Mangado, whose aim it was to reflect the surrounding landscape and materials – the reason behind the expo section’s hill-shape. The facades are clad in Silvestre granite as is the pavement on surrounding pathways. Stone was provided by Sucomaga Company.

About 19,000 m² effective area are at visitors’ disposal spread over 2 concert halls and 2 conference rooms, galleries and a service centre including restaurant, not counting the expo section.

Ávila is situated about 100 km north west of the Spanish capital Madrid and counts among the significant historic centres of the Castil-León region next to Segovia and Toledo. Large portions of the historic buildings of the historic centre are made of local granite, among them, the Cathedral. The reddish variety of the stone is called „piedra sangrante“ (bleeding stone). 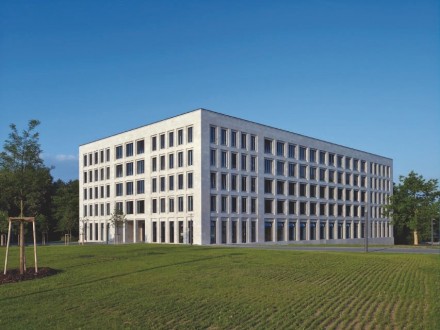 Architecture history buffs will quickly see that the complex’ precursor was the House of Finance of Frankfurt/Main’s University: the famous administrative building of I.G. Farben Chemical Company built in 1930 by Hans Poelzig situated not far from the new building and today the main University’s main building. 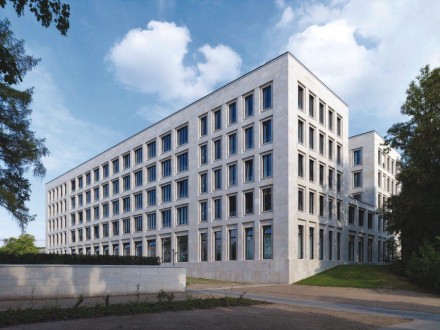 In fact, Poelzig’s House of Finance built in the New Objectivity style can hardly be overlooked. Even the attempted mise en scene of the implemented material was transposed by Kleihues and Hensel in their own style. The building has a distinct monolithic character like a raw block in a quarry. On closer look one can see how the architects played with the material, e.g. as in the detail around the window berths. 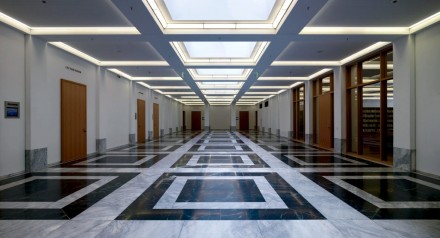 IG Farben was once the world’s largest chemical company after the American Trust role-model. Until mid 1900, I.G. Farben supplied the war machinery with chemicals e.g. nerve gas used in WWI. 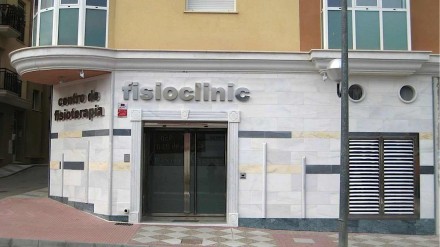 Back to Spain. Inconspicuous Olula del Río’s Centro de Fisioterapia (physio-therapy centre). Architect Emilio Pastor Pérez took it upon himself to transpose some of the interior activity to the outside walls: it’s all about medicine and life – he decided on an abstract characterization of the human body. Various colours of marble each symbolize a unit of the organism.

The fact that Pastor Pérez chose marble was not due solely to the fact that the building is situated in the Andalusian city of Macael, traditionally a stronghold of the stone industry. It was also his aim to demonstrate the connectivity between a healthy body and nature. 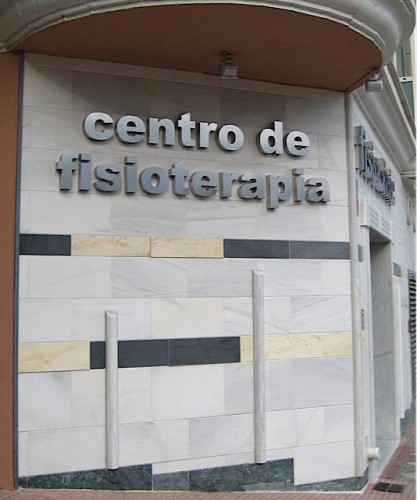 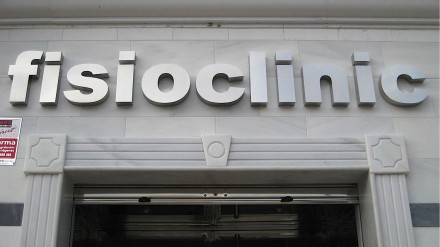